Samara de Silva: ‘It’s not about being a perfect vegan in a non-vegan world’ 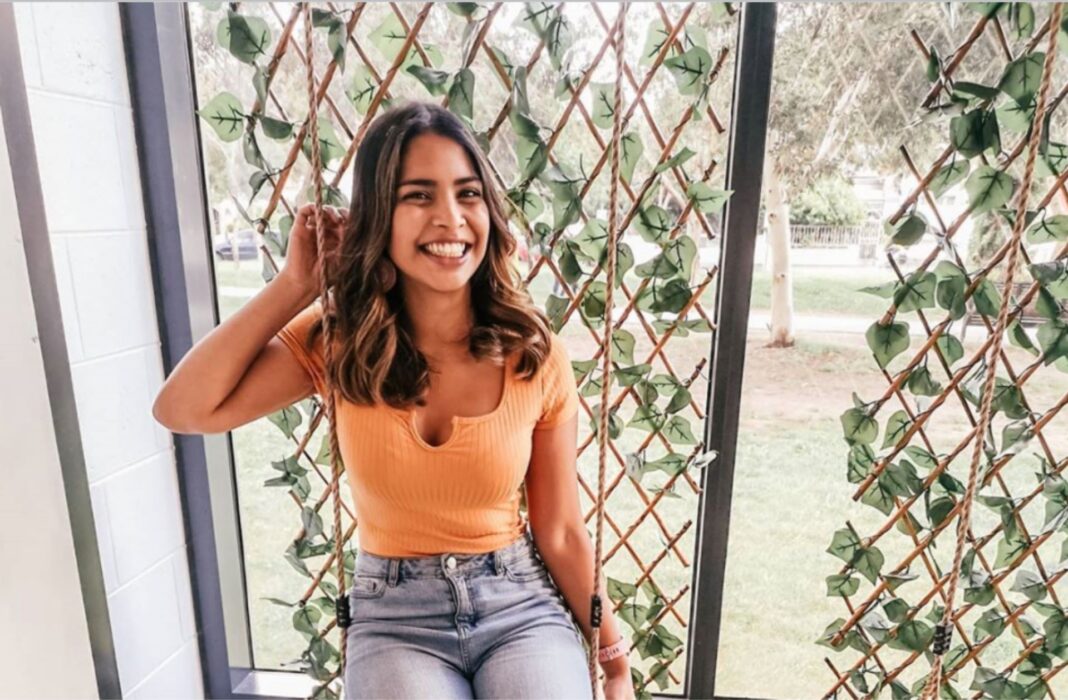 Australian blogger Samara de Silva on the relationship between a vegan lifestyle and mental health, veganism in Melbourne and promoting sustainability.

“If we can live happy and healthy lives without other animals suffering, then why would you choose otherwise?” says Samara de Silva, the Australian vegan blogger based in the vibrant vegan paradise that is Melbourne.

Full-time, de Silva works in digital marketing, but she’s also a freelance content creator on Instagram, running three Instagram accounts that focus on vegan foods and products. Additionally, she has a blog and YouTube channel. Her platforms are used to share her passion for veganism, aid local vegans in Melbourne and touch upon topics such as mental health and intersectional veganism.

De Silva began her vegan journey over six years ago, at a time where veganism was uncommon, especially in Melbourne. She says: “Growing up, I came to the realisation that I didn’t feel comfortable with eating meat when I made that connection between the food I was consuming and the living animal it once was.”

This then led to intense research into the animal agriculture sector, the cruelty that animals had to suffer, and she decided she no longer wanted to be part of that suffering. Initially transitioning to vegetarianism, she continued to research into the egg and dairy industries and into veganism, which was slowly beginning to become more mainstream in 2014.

“I decided one day I would no longer eat animals and haven’t looked back. It was the only New Year’s resolution I have ever kept,” says de Silva. “These days, being vegan is so a part of who I am, I don’t really see any other way of living.”

However, the transition to veganism wasn’t simple, to begin with. She found that there were limited options to vegan alternatives, especially for chocolate and cheese: “Even now when it comes to cheese, I love having the vegan option when I go out or create a special meal at home, but I’ve just gotten so used to not eating cheese my palette has just completely changed.”

De Silva’s main Instagram account was created to virtually connect with vegans, as she didn’t know any vegans in real life. Not only that, it was launched to inspire herself and keep herself accountable, creating vegan meals and recipes. Her purpose is to demonstrate how easy and fun veganism can be, but also highlight the environmental and health benefits. She explains: “If anyone wants to go vegan, I encourage them to take it one step at a time and one day at a time. Never forget why you want to make this change.

“I also aim to bring some variety into the mainstream and online vegan space that tends to be dominated by a certain vegan archetype, when in reality, vegans come from all cultural backgrounds and can have a variety of lifestyles and job professions.”

De Silva is also a fitness fanatic and a mental health advocate. She has found that eating plant-based has improved her energy levels, digestion and physical health and in turn she has seen benefits in her mental health. She explains: “I’m a big advocate for holistic and balanced health so I am constantly looking at ways to create mindful habits and healthy routines to benefit my physical and mental wellbeing”.

As well as her main Instagram account, the vegan blogger launched eatveganmelbourne as an easy resource for vegans and vegan-curious Melbournians in search of new eateries. De Silva calls Melbourne one of the most vegan-friendly cities in the world. As times have changed and veganism has progressed, she explains that the accessibility of vegan options has grown immensely.

Being based in Melbourne has increased her opportunities within the vegan community; she recently partnered with one of Australia’s leading supermarket chains, Woolworths, to promote its vegan and plant-based product range. “This felt like a huge win, not only for me, but for veganism, when you look back to a few years ago when the vegan options here were very limited in supermarkets.”  She also works with local vegan businesses as well as those that are new and beginning to grow.

Sustainability is another sector that the Australian creates content for. Although a smaller account, styledbymara was created to showcase veganism in all aspects of her life, such as sustainability within the clothing industry and vegan beauty. Created back in June, she hopes for the page to grow: “It’s a creative outlet for me to talk about other topics that I am passionate about, including mental health and inclusivity in veganism.”

As a vegan Instagram blogger, de Silva hopes to inspire others to go vegan and work with brands and businesses that are at the forefront of creating vegan products. “It’s been so exciting seeing how veganism has grown in my time being vegan, and I can only see it continuing.” Additionally, she aims to evolve her multiple vegan pages as Instagram also adapts and evolves as a platform.

“Being vegan is the best decision I have made in my life,” she says, reflecting. “I love living a full and healthy life without harming other living beings.”

Mansi Vithlani
Mansi Vithlani is a journalism student at City, University of London. A vegetarian her whole life and a massive foodie, she enjoys discovering more about veganism and eating vegan cuisine! She enjoys investigating social media based stories and how its influence has made a significant difference in the last few years.
Previous articleFrance’s agriculture bill: banning animal-based words in vegan product marketing
Next articlePrivate school offers medical support to vegan pupils, but discourages a vegan lifestyle