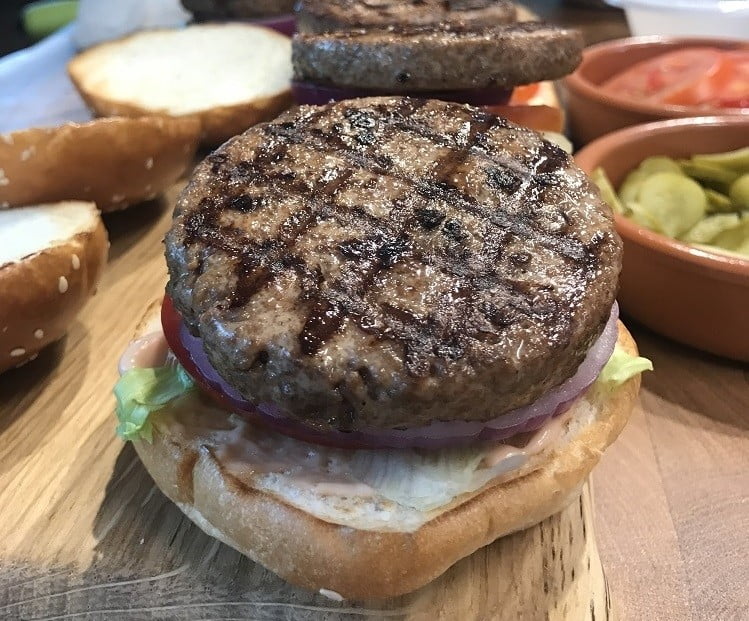 Vegan food startup SavorEat has developed a 3D printer that can print and cook plant-based meat in six minutes.

Plant-based food startup SavorEat has created an automated, closed system that 3D prints and cooks plant-based meats for the food industry, all in six minutes.

The “robot” can personalise, print and grill the alternative meats within that time.

The company’s technology allows for meat analogues to adopt a heterogeneous rather than homogeneous structure. It also will enable makers to decide how they want their meat texturally.

The alternative meat made from a derivative of cellulose that found in the walls of plant cells. This is then mix with plant-based proteins and fats. The meat will also be free of gluten and soy and will be vegan, kosher and halal.

The co-founder of the 3D printing company, Racheli Vizman, told FoodNavigator that both companies had made plans to set up a pilot in their facility within a year, which will make Israel the first country to bring 3D printed foods to the masses.

“We have a completely new approach [to plant-based]. When you think about the current players in the sector who are doing a great job, you think of Impossible. And Beyond, which are really recreating the experience of meat,” said Vizman.

“But at the end of the day, you go to the supermarket retailers, and don’t have the ability to control [these products compositions]. This robot can replace manufacturing practices,” she added.

The interest in 3D printed meats is evident in the $3 million investment received by SavorEat, with an option for an added $1 million from investment houses Mor and Meitav Dash.

Another company to dive into the industry include Novameat, who made the world’s first 3D printed steak. Additionally, a group of students in Denmark are developing alternative fish in the same way, while another Israeli company, Redefine Meat, also launched 3D Printed Alt Steak at the start of this month.

Anam Alam
Anam is a freelance writer for The Vegan Review and a student studying journalism. She is a passionate writer who possesses a range of skills ranging from audio, video, editorial and creative writing. Her goal is to educate the public and the world with stories that she feels need to be talked more about in society.
Previous articleDietitian outlines the best pre- and post-workout meals for vegan athletes
Next articleVeggieVictory: Nigeria’s first plant-based company lands international investment