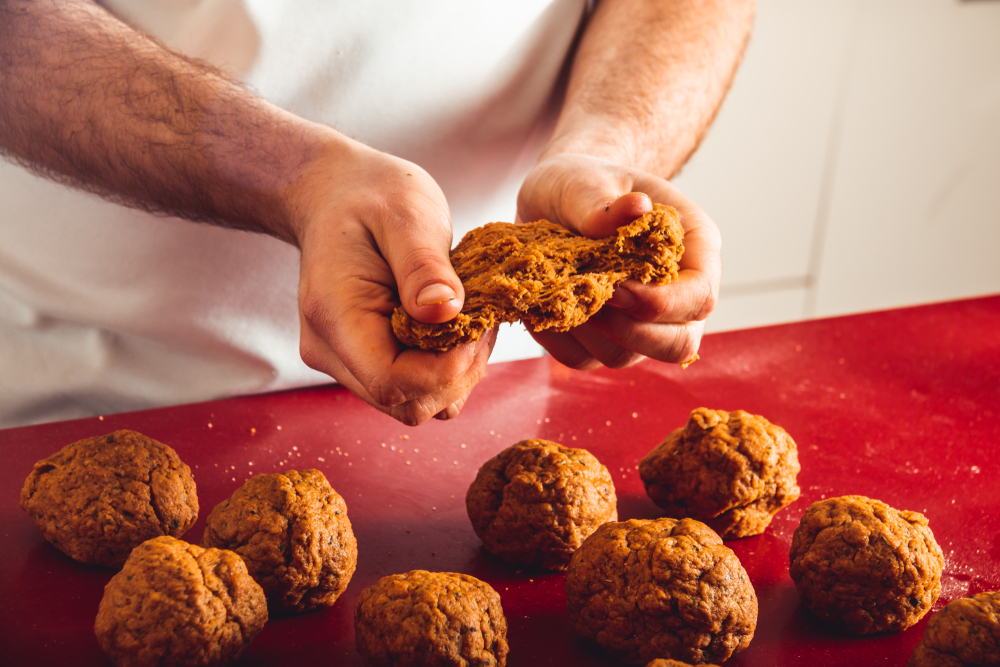 LoveSeitan’s new analysis compares seitan’s carbon footprint with animal products, which were found to have a stark difference with the vegan meat substitute.

New data released by seitan brand LoveSeitan has shown that the carbon footprint of the ancient plant-based meat alternative is 130 times lower than that of beef.

The analysis was done by Thrust Carbon, which revealed the carbon footprint of seitan compared to beef, lamb, cheese, chicken and tofu. Its carbon footprint data shows that seitan accounts for just 46.6kg of carbon dioxide equivalent emissions per 100kg.

In contrast, beef, widely considered one of the most unsustainable food products, produces 6,000kg of CO2e emissions per 100kg. Lamb emits 24,00 kg of CO2e per 100kg.

Plant-based foods have a lower ecological footprint across the board, with tofu producing half the amount of CO2e as chicken and 20 times lower emissions than beef at 300kg per 100kg of product.

The news comes after the recent launch of the first-ever World Seitan Day, due to be held on October 18, 2021. It is a new initiative to celebrate seitan’s versatility as an ingredient for vegan meat alternatives and also honour George Ohsawa, the Japanese author and founder of the macrobiotic diet, who is credited with coining the term ‘seitan’.

“This analysis provides an excellent example of why seitan is so much better for the environment than animal products,” said Steve Swindon, co-founder of LoveSeitan. “We expect this new data will make people think twice before choosing beef, lamb, chicken or cheese for their next meal. Of course, we recommend seitan as the perfect alternative — it’s healthier and has a tiny carbon footprint comparatively.”

He added: “If you really care about climate change and carbon emissions, just remember than you can have 130 seitan burgers for the same carbon footprint as one beef burger. Let that one sink in for a bit.

Read our story to know all about seitan.

Anay Mridul
Anay is journalism graduate from City, University of London, he was a barista for three years, and never shuts up about coffee. He's passionate about coffee, plant-based milk, cooking, eating, veganism, writing about all that, profiling people, and the Oxford Comma. Originally from India, he went vegan in 2020, after attempting (and failing) Veganuary. He believes being environmentally conscious is a basic responsibility, and veganism is the best thing you can do to battle climate change. He gets lost at Whole Foods sometimes.
Previous articleFunctional mushrooms: how to maximise your vegan nutrition with fungi
Next articleThe best vegan running shoes on the market