If only people stopped comparing seitan with Satan 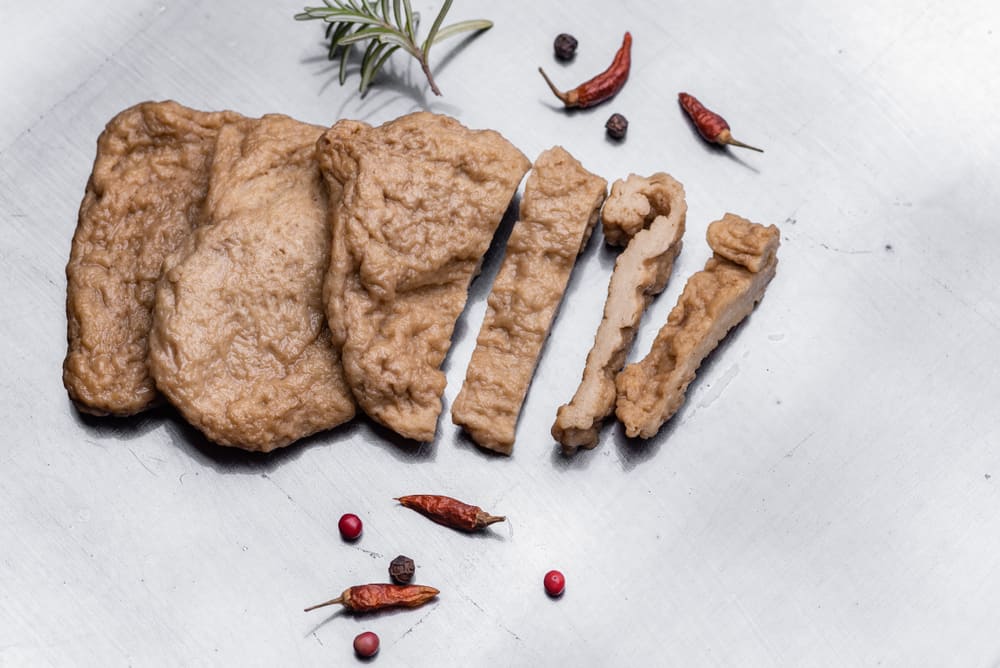 For something as old as seitan, the ‘Satan’ comparison is tiring, played out and, frankly, a waste of time. Let’s stop.

When George Ohsawa coined a term for what was long known as miàn jīn in China, he hardly thought it would ever be associated with the devil. A popular meat substitute in China and Buddhist communities, he called it ‘seitan’, referring to a product his student had created.

That was 1961. Years later, seitan made it into Western markets and became the food industry’s favourite meat substitute. And with reason: it replicated the texture and mouthfeel of regular meat and was rich in protein and low in saturated fats.

Sixty years on, seitan has made it into the homes of many vegans and vegetarians. It’s almost ubiquitously available and there are restaurants dedicated to the ingredient. And yet, people can’t get past its name.

The similarity with the sinful entity is obvious. Seitan. Satan. Yes, there are differences in pronunciation, but that is often overlooked.

Last month, British seitan brand LoveSeitan published a blog dedicated to the topic. “‘Seitan’ has nothing to do with ‘Satan’,” it read. Apparently, users on social media kept associating its product with the devil and religion. “This is not only putting the Christian community off your product. It is effectively turning people against your product. Are you deliberately attempting to exclude the Christian community?” read one tweet.

Of course, that needs to be taken with a grain of salt, which is what LoveSeitan did. It looked at a previous post that explained the origins of the word. It is thought to be made up of two words: ‘sei’, which means ‘made of’ or ‘proper/correct’, and ‘tan’, which is the first character in the Japanese word for ‘protein’, ‘tanpaku’.

“It is quite remarkable that some people are still getting confused over this, and it’s not the first time we’ve had this sort of accusation,” LoveSeitan co-founder Steve Swindon tells me. “We can assure everyone that seitan has nothing to do with Satan. As we’ve clarified, seitan was invented by Buddhist monks in the 6th century, over 1500 years ago.”

He adds: “And the word itself, ‘seitan’, is actually a Japanese word that literally translates to ‘proper protein’. It’s a wonderful vegan food that is high in protein and certainly not related to evil.”

Swindon continued that LoveSeitan has consumers from all faiths and backgrounds. And to validate that with the Christian community, LoveSeitan roped in Rev Marc Wolverson from Leyland, Lancashire’s St James Church. “I can assure my fellow Christians, and anyone else of faith, that ‘seitan’ has nothing to do with ‘Satan’ or evil in any sense,” he said, adding: “As a priest and a seitan consumer, I promise there’s nothing to worry about when it comes to seitan. It’s certainly a delicious product that’s compatible with all faiths.”

In an additional statement to The Vegan Review, he says: “As for being vegan, veganism is all about minimising harm to animals and protecting the planet and your health — that’s perfectly in line with Christian values.”

Maybe people hate vegans so much bc when we say we love seitan, they think we’re saying satan 😔✌🏻

It’s a commendable act — taking something asinine and putting it into such important context. Swindon says some other comments included “Veganism is satanic! That’s why they call it seitan!” and “Stop supporting the devil with your evil vegan food!”

It’s silly, but it’s also not. Viewing veganism as ‘evil’ does harm to the lifestyle’s perception, even if it’s a small minority. Across the world, vegans are pushing to become a more inclusive community every day, and inane, baseless accusations like these just hinder the effort.

Honestly? I’m sure it’s pure jest for most people. But for those who’re serious: let’s stop pretending. Kale rhymes with jail. Does that make it bad?

Like Swindon says, this comparison isn’t new, but it doesn’t seem to go away. “It’s quite amusing when you think about it.”

Anay Mridul
Anay is journalism graduate from City, University of London, he was a barista for three years, and never shuts up about coffee. He's passionate about coffee, plant-based milk, cooking, eating, veganism, writing about all that, profiling people, and the Oxford Comma. Originally from India, he went vegan in 2020, after attempting (and failing) Veganuary. He believes being environmentally conscious is a basic responsibility, and veganism is the best thing you can do to battle climate change. He gets lost at Whole Foods sometimes.
Previous articleDrink me Chai’s The Vegan Cup review: instant comfort to the palate
Next articleDebunking the myths behind soybeans and phytoestrogen activity