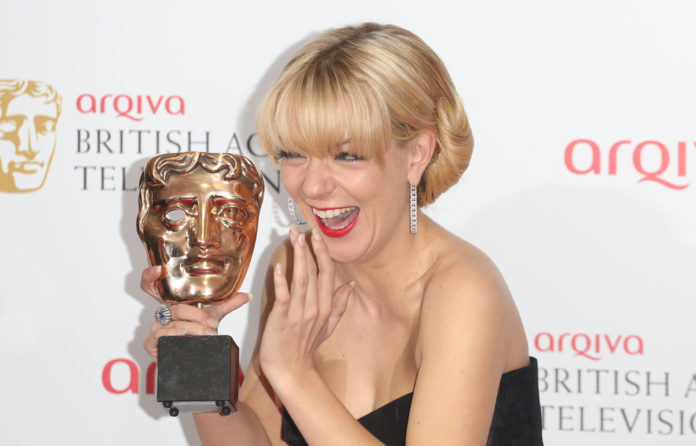 UK favourite Sheridan Smith credited a demanding rehearsal schedule, not a vegan diet, for her dramatic two-stone weight loss back in 2019 and has gone from strength to strength since.

Rising to fame on Two Pints of Lager and a Packet of Crisps, you’d be forgiven for nothing thinking of Sheridan Smith as a health guru. And though she still wouldn’t use the term herself, she has overhauled her diet, increasing the amount of plant-based food that she enjoys, in order to get her health back on track.

Sheridan Smith as a body-positive advocate

Unlike so many celebrities, Smith has always been keen to steer clear of fad diets and promoting unrealistic body standards. Taking to her own Instagram account, she was fiercely honest about not wanting to compare weight loss regimes and the fact that everyone needs to be comfortable in their own skins, before posting comparative photos of herself from the first day of rehearsals for a production and one from a few hours earlier.

The difference in the two pictures is stark but also heartwarming, with Smith looking decidedly more comfortable and happy in the most recent, but without having subscribed to unrealistic workout and diet regimes. In fact, ahead of her performances at the London Palladium, she looked like a woman very much in control of her career and her private life, something she has openly admitted to struggling with in the past.

Losing two stone in 14 weeks, Smith shed a healthy two pounds a week and at no point credited faddy eating, new-found veganism or plant-based advocacy. In a time when celebrities seem quick to jump on the bandwagon in order to restrict or lose weight quickly ahead of an appearance or tour or simply for vanity’s sake, Smith is a tonic and says that moving more is the only way to sustain a leaner physique.

Having witnessed veganism being touted as a magic weight loss aid by celebrities all over the world, Smith’s trademark honesty and graft is a testament to who she is and how far she has come.

Having freely addressed her former mental health struggles, particularly when her beloved father passed away, Smith has always been able to channel her difficulties, producing some of the most emphatic and emotional performances seen on the UK stage and screen.

Hence, she has been awarded an OBE for her services to drama. Her portrayal of Cilla Black was particularly notable for showcasing her talent and propelling her from the “laddy humour” of her early roles into the echelons of serious and laudable actresses.

Smith has just announced that she is releasing an autobiography in October 2021.

Throughout her career, she has been known for her honest and no-holds-barred interviews, so when she proclaimed that simply moving more, every day, shed the weight, everybody took her at her word. At no point did she claim to have turned vegan, upped her intake of plant-based foods or become a new convert to quinoa.

Would we love to welcome her into the community? Absolutely, but until such a day, we are more than happy to appreciate her for her acting skills, her candour and her continued advocacy for body positivity and good mental health.

Read about how veganism has improved mental health for some people.