The Shocking Truth About The Exotic Leather Industry 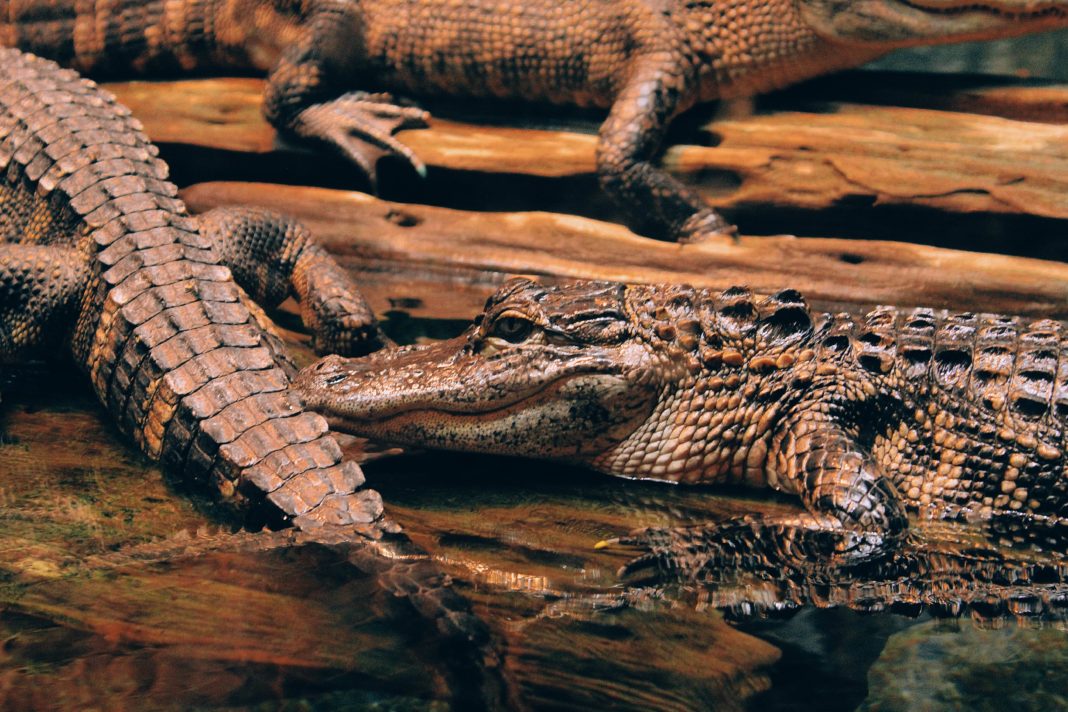 Is the Exotic Leather Industry Dangerous?

The exotic leather industry is still being fuelled by major high-end brands who have all positioned their goods as a symbol of prestige, but PETA warns that the exotic skin farms can spark  dangerous diseases like the coronavirus.

Famous fashion brands often source skin from countries that have much lower standards for animal welfare than Europe or the USA.

The Conditions for Exotic Animals

Alligators and crocodiles are kept crowded on top of each other in unhygienic conditions in faeces contaminated water.

‘’Overcrowding in these filthy tanks lead to disease outbreaks and infected injuries from fighting and stress,’’ says Viva!, a vegan campaigning charity. 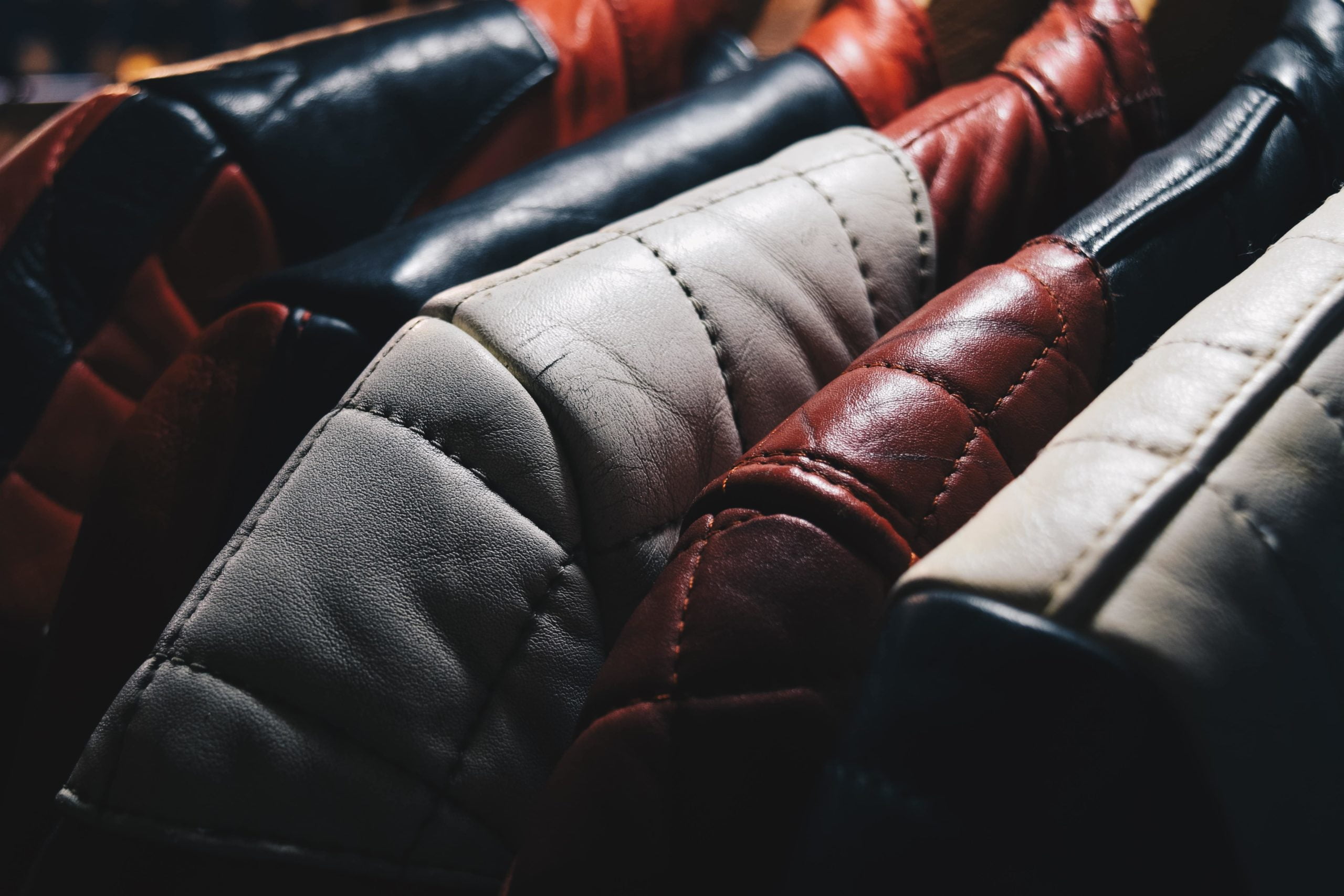 PETA compared these conditions to wet markets where coronavirus first originated. Similarly, animals sold for consumption on these markets include snakes and lizards.

These conditions create a breeding ground for zoonotic pathogens such as viruses, bacteria, parasites, and worms, which can be spread from animals to humans as reported by PETA.

Viva! says: ‘’Three-quarters of the world’s new or emerging infectious diseases come from animals and taken together, 56 zoonotic diseases are responsible for an estimated 2.5 billion cases of human illness and 2.7 million deaths a year. ‘’

According to the Health Protection Surveillance Centre, reptiles can spread diseases like Salmonella, Trichinellosis, Botulism, and others.

Viva! says: ‘’People with underlying medical conditions such as a chronic illness or immunodeficiency and pregnant women may be at higher risk of developing complications from a zoonotic disease.’’

The Risk on Humans 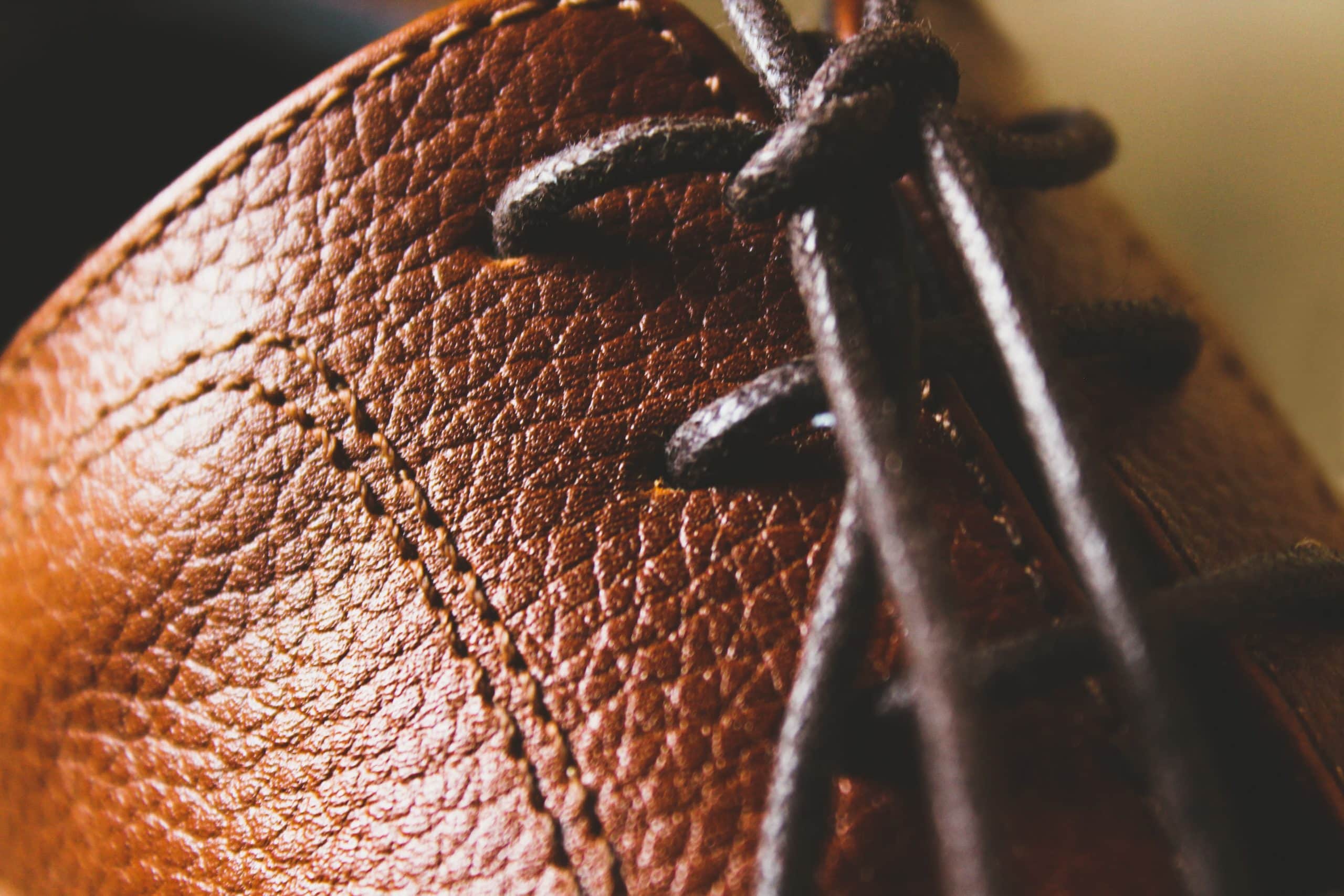 The risk for most people that keep reptiles is not significant, as long as appropriate hygiene is maintained.

PETA exposed conditions of a Texas alligator farm and a Vietnam farm. Both of these found that alligators were kept in poor conditions including putrid water, dark sheds without sunlight, fresh air, or basic medical care.

Workers have to stand in putrid water in order to catch the animals. They often had no safety equipment and ended up being bitten or injured.

The conditions of these farms lead to bloody cuts and scratches from fighting, and the lack of dry spaces means that crocodiles end up in dirty water, which results in infected wounds and skin rashes. The PETA investigation of the Vietnam farm shows that ‘’injuries commonly lead to infection and disease.’’

They also say that snakes are sometimes nailed to trees and skinned alive because it is believed that this keeps the skin supple.

Reptiles are ectothermic which means they cannot self-regulate their body temperature, so they rely on external sources of heat in the environment such as the sun. However, on these farms, they sometimes do not have any access to the sun when they are kept in sheds. 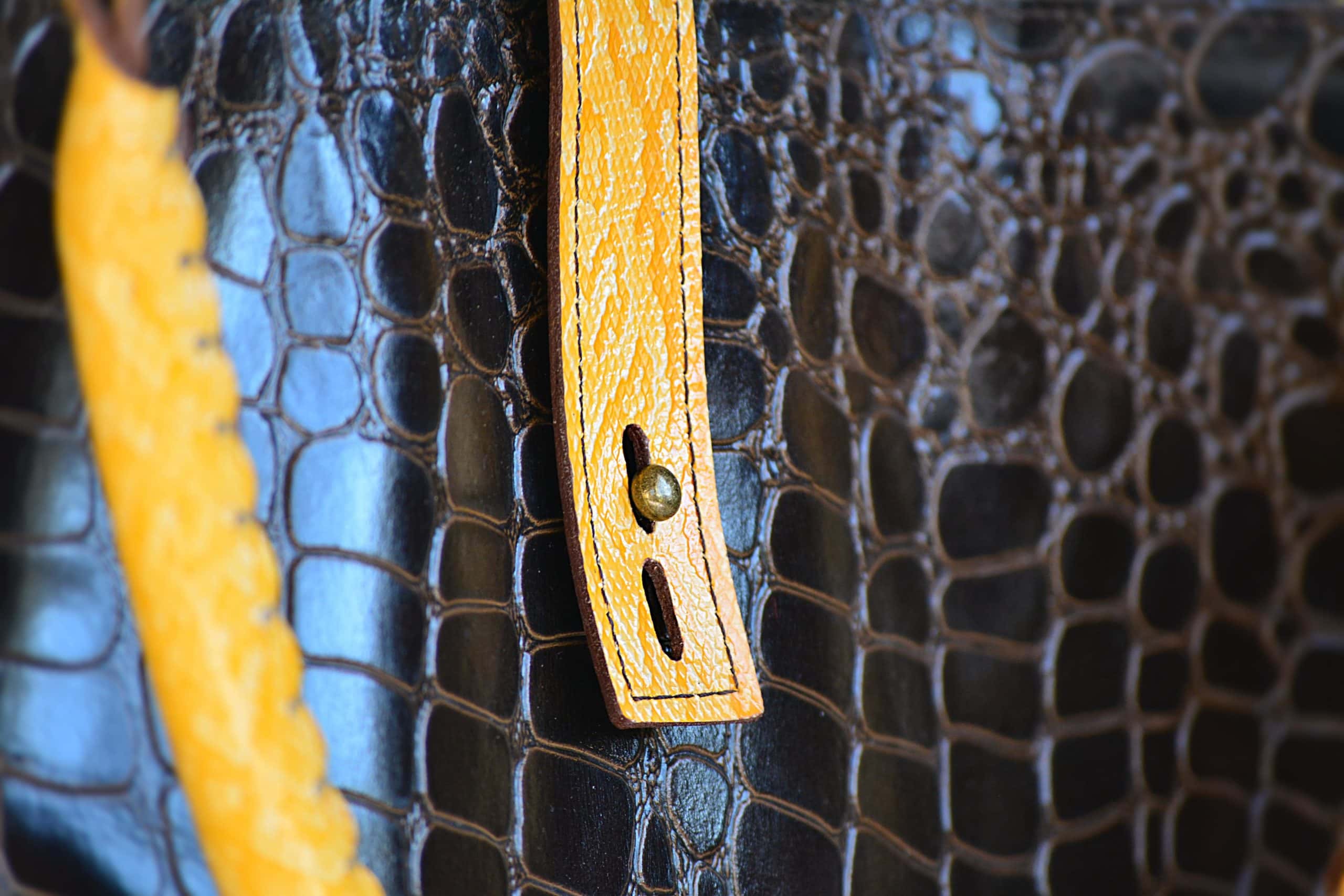 Humane Society International reports that tens of thousands of animals like crocodiles and alligators are held captive in farms crowded in concrete pits for months or even years before being skinned alive or slaughtered. They also claim that methods used on these farms are ‘’remarkably poor and designed to maximise profits, always at the expense of the animals’’.

According to Pro Wildlife, 6.3 million whole skins and more than 4 million protected snakes, crocodiles, and lizards were imported to the EU countries between 2008-2017. The foreign reptile farms are a source of supply for European luxury fashion brands.

Gucci, Saint Laurent, Balenciaga, and some other brands claim they invested in a python farm in Thailand in January 2017 because they want to source their skin ethically. 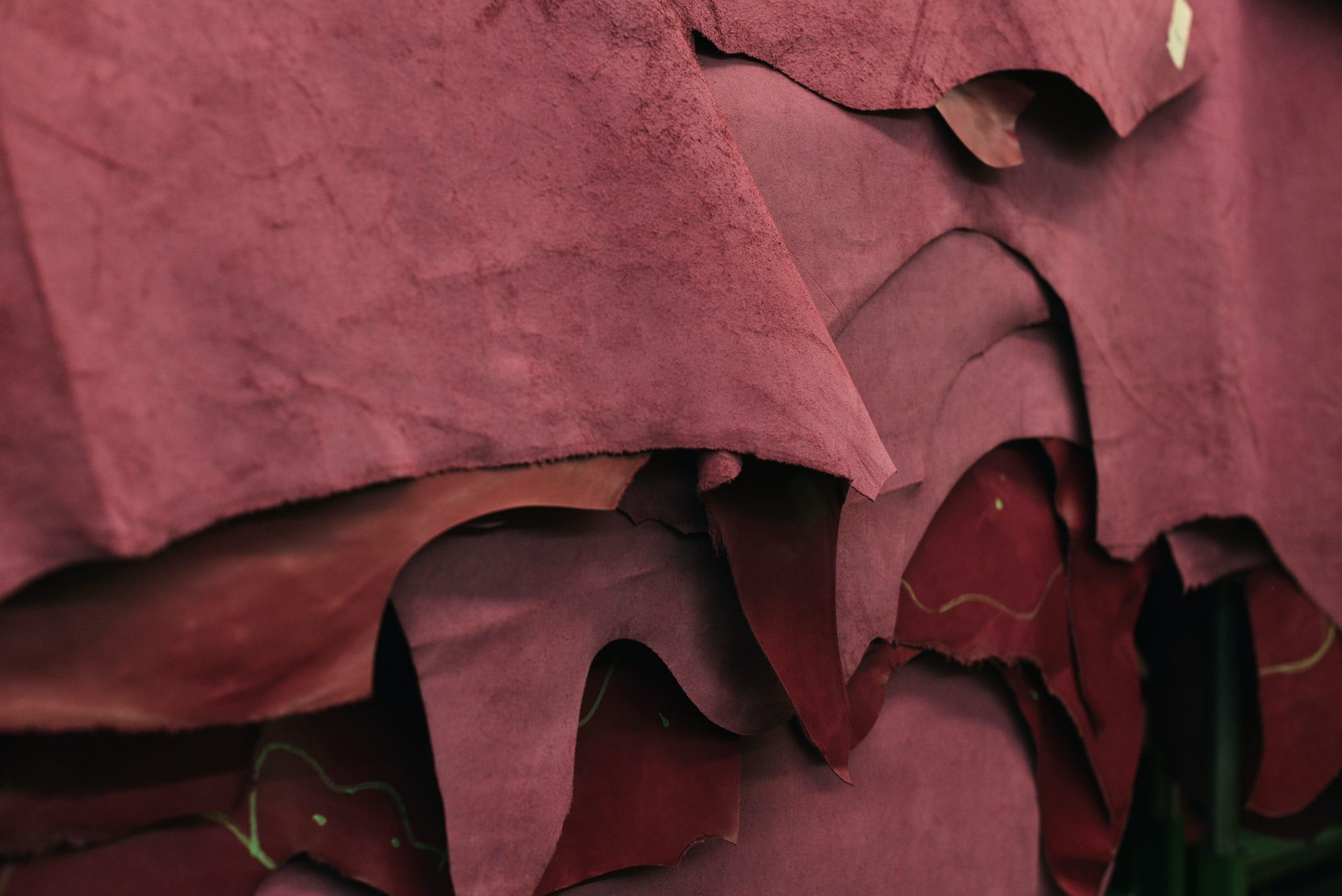 Hermes was a brand that supplied exotic animal skin from PETA investigated farms with poor conditions.

Names like Chanel, Victoria Beckham, Nike, and others have completely banned using all exotic skin altogether.

Crocodiles can feel pain and there is strong proof of them caring for each other. Mother crocodiles use their mouths to help their young out of their shells and to hold their young between their jaws for protection as reported by National Geographic.

‘’If we want to avert another pandemic, we not only have to stop eating meat but also stop cruel and barbaric practices like exotic skin farms,’’ says Viva!

‘’There are a whole host of synthetic alternatives on the market that are sustainable and cruelty-free – including pineapple and mushroom ‘leather’. By opting for these instead, you can be safe in the knowledge that your money doesn’t support the brutal exploitation of exotic animals for a cruel fashion statement. ‘’

Diana Buntajova
Diana is always looking for the environmental aspect of every story. She is interested in health and lifestyle, hoping to point to issues that are often overseen. Diana has explored topics including B-12 deficiency in the vegan diet, fears about exotic skin farms sparking another pandemic, and the Oreo controversy. Currently studying Journalism at City University of London, she enjoys everything to do with visuals especially photography. Creative and detail-oriented in both her visual and written work. On a mission to find the best vegan cheese and can't resist beyond meat burgers.
Previous articleWhen Did Flora Become Vegan?
Next articlePushing for Hope: The story of Rich Adams