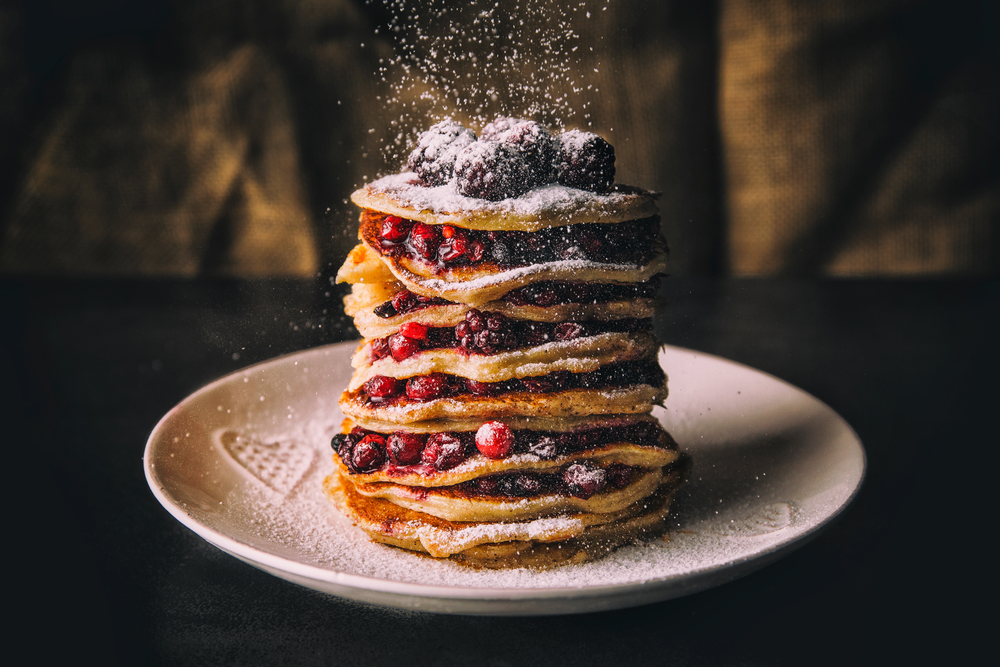 It’s Pancake Day! Here are our favourite vegan recipes from the Internet, from fluffy American to Japanese soufflé pancakes for Shrove Tuesday.

Vegan pancakes are an absolute delight. Wonderful at brunch but also great for dinner, you can use the same recipe in legions of ways to come up with your own spin.

The Internet is full of incredible vegan pancake recipes. Since Shrove Tuesday — or Pancake Day, as it’s affectionately known — is here, we decided to compile a list of our favourite ones.

These recipes include a diverse range of pancakes. We’ve got classic fluffy American buttermilk pancakes, thinner English variants, and the jiggly Japanese soufflé pancakes. We’ve also got two of our own recipes.

If you can, try and rest the batter for at least 20 minutes in each of these recipes to get the best results. Patience really is a virtue here. And once you’ve got the basics down, the world (more specifically, the topping) is your oyster.

Here are some of the Internet’s best vegan pancake recipes you can make on Shrove Tuesday.

The Fluffiest Vegan Pancakes by Tasty

This is a well-known go-to pancake recipe for vegans around the world. Inspired by Food.com’s recipe, this was curated by Buzzfeed Tasty’s Merle O’Neal. This makes four American-style fluffy pancakes but can easily be scaled up or down as needed. It uses apple cider vinegar to make an almond buttermilk.

If you don’t like or have access to almond milk, use soy or rice milk instead. Other plant-based milks would work but they won’t be as fluffy, since soy, rice and almond milks have a low pH level, which makes them acidic, they curdle when the vinegar is added. And that’s what is needed when making a vegan buttermilk.

Read our interview with Merle O’Neal about extremist veganism, Buzzfeed and more. 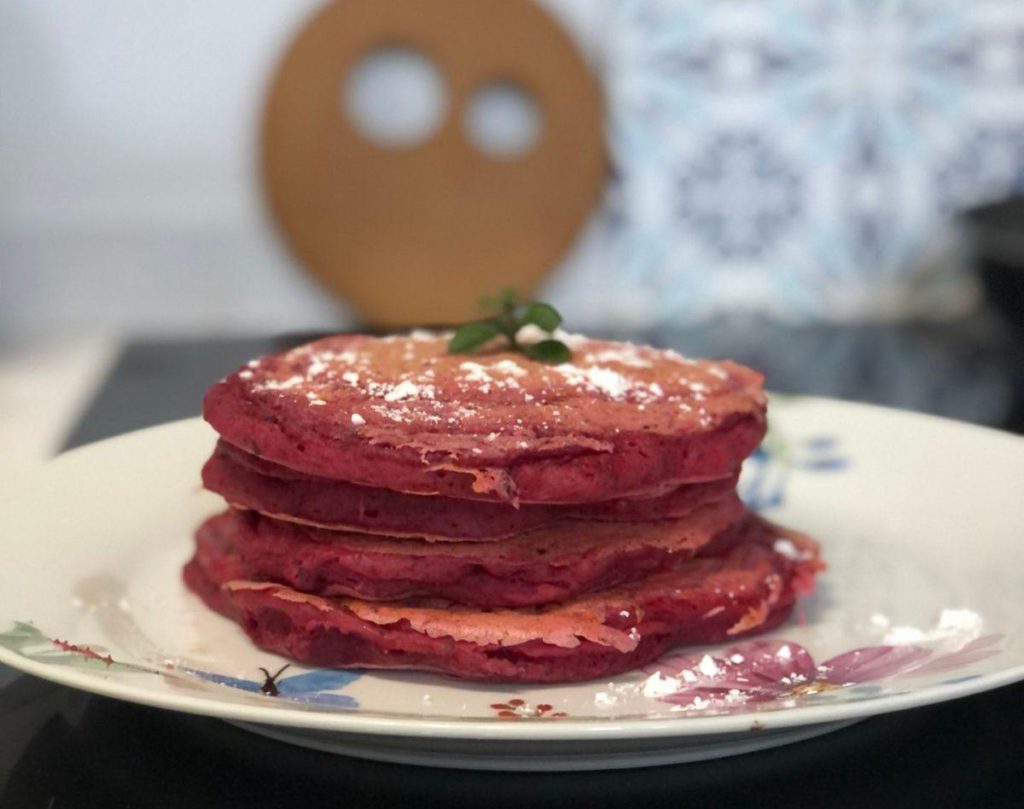 We’re biased with this one, but our assistant editor Olivia Rafferty came up with this wonderful recipe for vegan beetroot pancakes. They take 20 minutes from start to finish and employ the use of a vegan egg replacer, which gives them the lift they need.

These pink pancakes are gorgeous and delectable. The recipe uses oat flour instead of regular and it works just as well with any plant-based milk. Pro-tip: top this with some pistachio butter — beetroot and pistachio is an underrated combination. If that’s not your thing, some chocolate and coconut jelly works great if you have it too. Honestly, these are foolproof, so experimentation is highly recommended.

A Virtual Vegan’s Melanie McDonald describes these as flatter and bigger than American pancakes, but not as paper-thin as crepes. She’s from Britain and curated the recipe specifically for Shrove Tuesday. These look a little like flatbreads, but don’t let that fool you.

Traditional English pancakes don’t use a rising agent, but do contain eggs for leavening. This recipe uses aquafaba to achieve that result. With only five minutes of prep time and about 15 minutes of cooking, this yields eight pancakes. The key is to not overmix the batter, as that will affect the texture of the pancakes. Go simple with a classic sugar and lemon topping, or get creative with some strawberries and whipped cream or vegan bacon and sausages to add an extra layer of English to the dish.

Vegan Pancakes Made With Aquafaba by Serious Eats

Serious Eats is the gold-standard for making food in its best form using science. J Kenji López-Alt is a renowned food writer and is behind some of the best recipes on the Internet. This vegan pancake uses aquafaba to achieve the fluff. Within 30 minutes, you can make 16 pancakes with this recipe.

The use of lemon zest is a masterstroke in this recipe, adding a depth of flavour and freshness that pairs beautifully with the vanilla. This is very classic, topped with butter and maple syrup. But it’s serious food perfect for Pancake Day.

Check out our Ultimate Guide to egg substitutes in vegan baking.

Vegan Dutch Pancakes with Plant-based Bacon by The Vegan Review 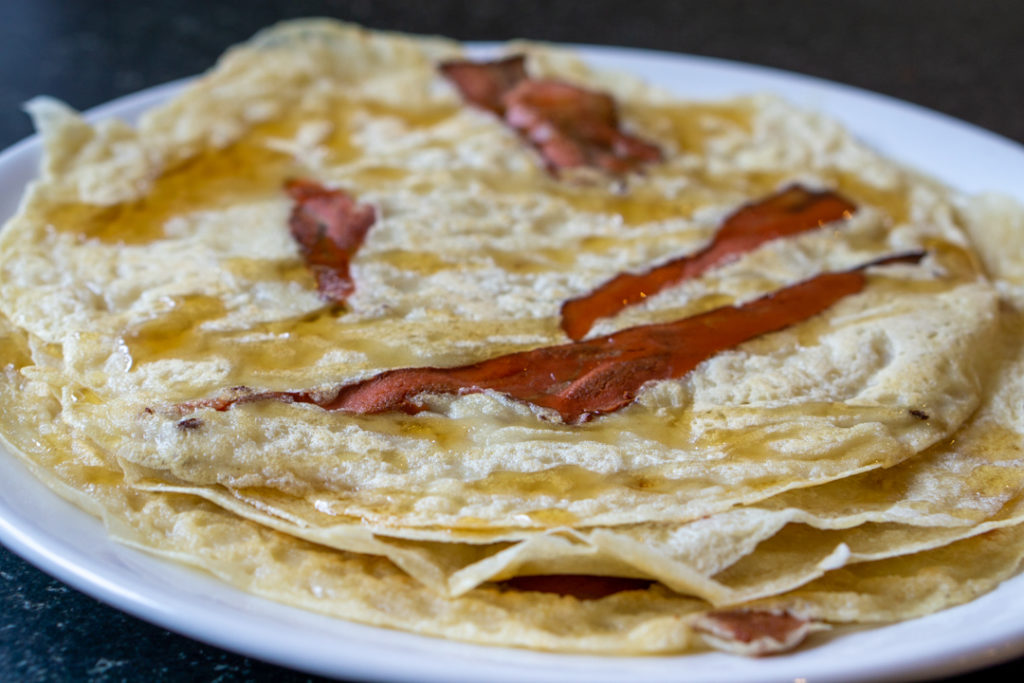 Another in-house recipe, this one takes on the legendary Dutch pancakes and adds vegan bacon for good measure. The Vegan Review’s co-founder and brand consultant Jaimie van Duin dreamed this recipe up just for Shrove Tuesday, and it’s a knockout.

Thin pancakes made with a flour and cornstarch mixture, the recipe calls for frying both sides of the plant-based bacon and pouring the batter on top. For a classic combination, throw on some maple syrup to complement the bacon. This is protein-packed and truly a dish you can have for any meal.

Food blogger Larisha Bernard, author of Make It Dairy Free, has come up with a unique recipe for vegan pancakes. Japanese soufflé pancakes are much fluffier than American pancakes, and they’re light, airy and jiggly in texture.

There are only a few recipes for a vegan version of these pancakes online, and this one’s our favourite. It uses a flax egg to replicate the soufflé-like characteristic, and the other key ingredients are cake flour and vegan buttermilk. This takes half an hour and makes six pancakes. Stacking these up would be a fun challenge in itself, but eating these would make for the most delicious Shrove Tuesday brunch.

Check out more recipes by The Vegan Review.

The Vegan Review
Previous articleVegan Dutch pancakes with plant-based bacon
Next articleHave a break: is Nestlé’s new product launch a timely development with a dark agenda?