Demands on USDA to slow down kill speeds at slaughterhouses 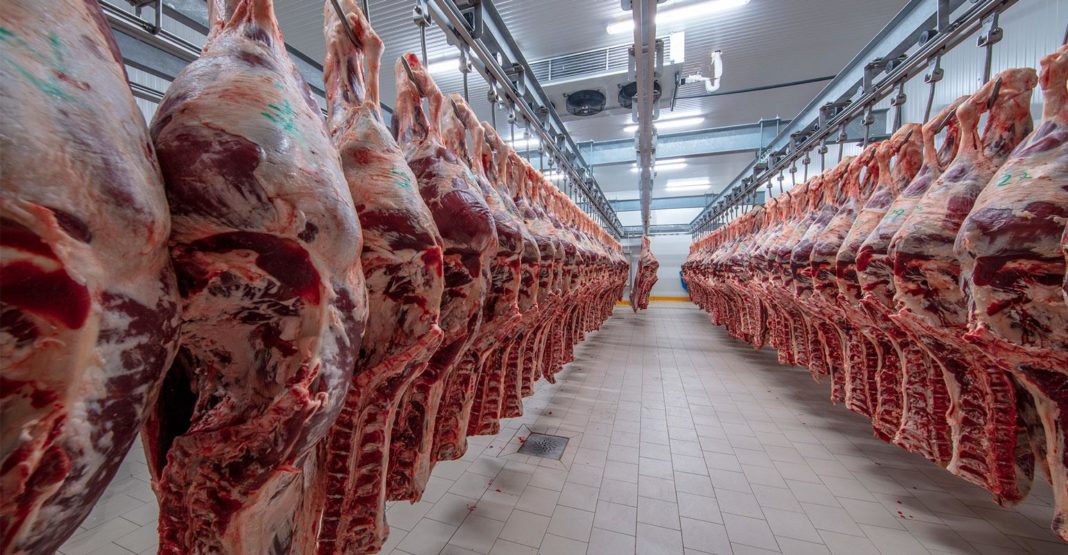 Slaughterhouse kill speeds came under the microscope today, after a letter was sent to members of the United States Congress by a group of 20 organisations, including animal rights groups, worker unions, and environmental organisations. It demanded that the US Department of Agriculture Food and Safety Inspection Services (USDA FSIS) should stop allowing the rise in the speed at which animals are slaughtered.

The CDC reports that over 5000 cases of COVID19 have been linked to 115 slaughterhouses in 19 states, and at least 20 workers have died.

Kitty Block, president, and CEO of the Humane Society of the United States (HSUS), which is one of the coalition members had this to say. “American slaughterhouses are already killing animals in a shocking manner, with chickens shackled and shoved forward so fast that they frequently miss the throat-cutting blade and reach the scalding tank alive and conscious, the very worst death imaginable,” “It’s the height of cruelty and increased line speeds are only making it worse.”

Last week, after the closure of many slaughterhouses, which have COVID19 positive workers, President Trump invoked the Defense Production Act to issue an executive order to keep them open, offering more liability protections for meat companies if their workers fall ill.

“With workers at slaughterhouses in danger for their lives from COVID-19, speeding up slaughter goes well beyond the obvious concerns for animal welfare, to the endangerment of those workers and their families, as well as to American consumers,” says Sara Amundson, president of the Humane Society Legislative Fund, another member of the coalition. Also adding, “It’s unconscionable that our federal government would create additional risk by arbitrarily increasing line speeds for slaughterhouses during a pandemic.”

Damoy Robertson
Damoy Robertson is an entrepreneur and founder of The Vegan Review. Damoy is dedicated to spreading veganism to the masses which he believes will enable people to make better, more informed decisions concerning the way we all interact with animals and our planet.
Previous articleCan a vegan diet help you lose weight?
Next articleAlpine Provisions: Organic Beauty Care Brand Goes Plastic Free