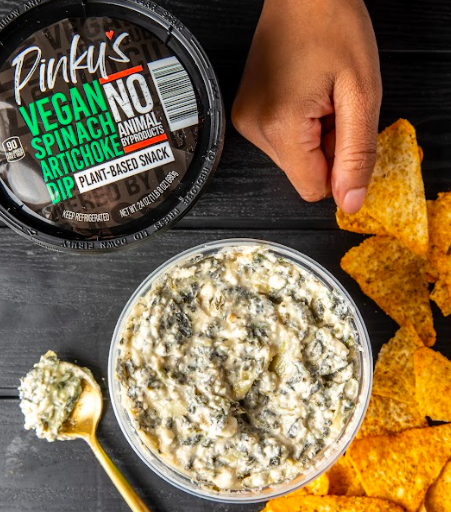 Cole commented: “We’re bringing our latest vegan creation co Costco! These bangin’ dips are as mouth-watering as our burgers, and made with all vegan ingredients – but you’d never know it by the taste.”

Alice Soule
Alice Soule is a Writer and Editor, and graduated with a BA in Social Policy. She is passionate about veganism and animal rights but equally has a love of sports, reading, and drinking tea. Alice is a perpetual dreamer and recently finished writing her first novel. As yet to be published...because she's already dreaming up the next story...
Previous articleHooked Foods Aiming for €10m Series A Funding Support for Expansion
Next articleBanza Launches Masterpiece’zas for a Creative Family Meal