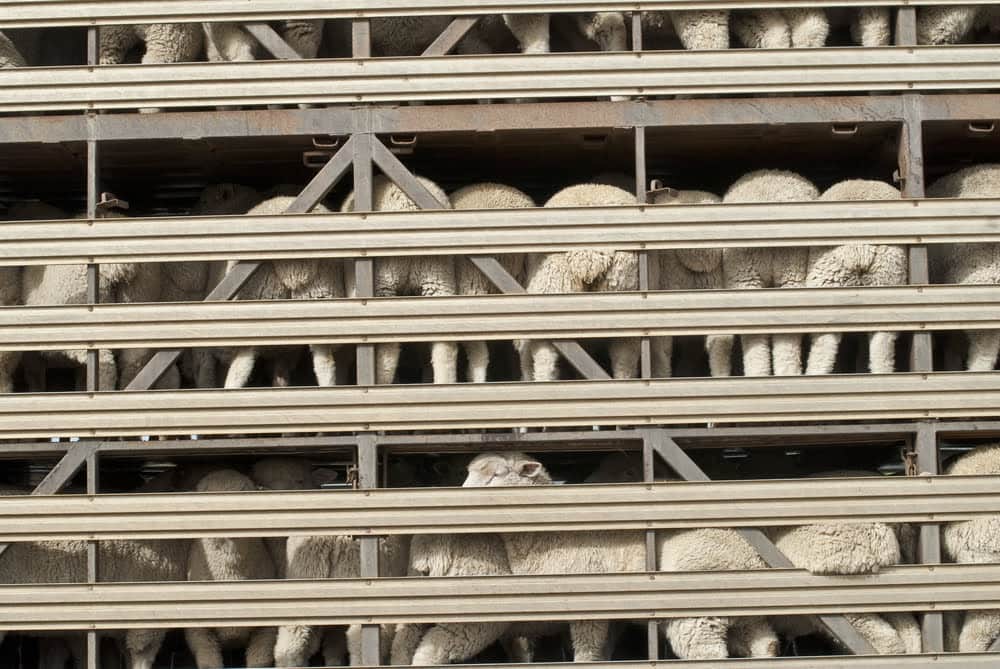 South Africa’s National Society for the Prevention of Cruelty to Animals is pursuing a court order to ban a Kuwaiti firm from exporting sheep.

Kuwaiti livestock exporter Al Mawashi is facing backlash from South Africa’s National Society for the Prevention of Cruelty to Animals (NSPCA) for how its sheep are treated when being shipped to other countries.

Today, the organization asked Grahamstown High Court in the Eastern Cape for an interim court interdict to prevent a ship. That belongs to Al Mawashi — from sailing out of South Africa’s East London port with around 70,000 sheep.

The NSPCA wants the shipments to be eradicated due to the animals. Those animals are suffering from various health conditions as well as animal welfare violations. It is also pressing the government to introduce new regulations on how live animals should be transported.

TOMORROW we go to war in the High Court and say “no more” to the cruel export of live animals by sea.

Will YOU join the fight? Will YOU speak for the voiceless?

The exporter has shipped roughly 120,000 sheep. And they shipped them from South Africa to Kuwait and the United Arab Emirates in two shipments since October 2019.

It is challenging the case. It is claiming that its land-based and shipboard operations met animal health and welfare standards of the World Organisation for Animal Health. And some additional concerns by the NSPCA considered.

According to court papers seen by Reuters, the NSPCA claims it has been investigating Al Mawashi and its parent company Livestock Transport and Trading Company since late last year.

The animal welfare charity says the sheep kept in cramped spaces. They kept in extreme heat in temperatures as high as 60°C. Which leads to some of them “cooked alive”.

“Those (sheep) that survive death. They suffer a great deal over the two to three-week ordeal,” said the NSPCA in its court submission.

Anam Alam
Anam is a freelance writer for The Vegan Review and a student studying journalism. She is a passionate writer who possesses a range of skills ranging from audio, video, editorial and creative writing. Her goal is to educate the public and the world with stories that she feels need to be talked more about in society.
Previous articleTop 5 vegan TikTokers everyone should follow
Next articleJBS defends itself against deforestation accusations