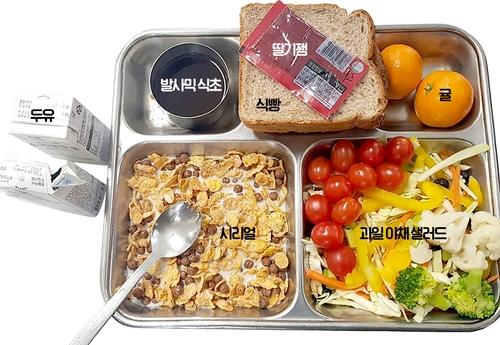 South Korea’s military will provide vegan meals to those enlisting as vegetarians and Muslims from February, the defence ministry said.

The South Korean defence ministry has announced Sunday that the military will provide vegan diets to its vegetarian and Muslim enlistees starting next year.

From February 2021, the Defense Ministry and the Military Manpower Administration plan to provide vegan meals to prospective draftees to the South Korean military, who will be asked to mark their diet preference during their physical examination by informing the units where they are deployed.

Two columns marked as ‘vegetarian’ will be available in both the Korean and English versions of the form. That information will be sent to the units the conscripts will be serving in, facilitating a systematic ration program for vegetarian and Muslim soliders.

A government source told Yonhap News Agency that they will develop customised menus as soon as they can identify the number of vegetarian and Muslim soldiers in the military. So far, two soldiers have identified themselves as a vegetarian and a Muslim respectively. Currently, they are provided with a meat-free diet.

The defence ministry’s measure reflects the growing number of vegetarians and soldiers from multicultural families in the military. South Korea requires almost all males to serve in the army for about two years, and until now, there has been no provision to accommodate for conscripts’ different diets.

A source in the South Korean military told the Dong-A Ilbo about the customised menus: “Main menus will include tender tofu, laver, vegetables, salads, cereals, vegetarian bibimbap (rice with seasoned vegetables), and canned foods for vegans.”

The report also mentions that the military aims to prevent soldiers from facing difficulties eating meals as a result of not being able to afford to identify themselves as vegetarian to their superiors or out of a fear of unfavourable treatment. Discrimination against vegans — both male and female — by associating meat with masculinity is a widespread lifestyle issue.

Both reports contain the above photograph provided by the ministry of defence, showing a vegetarian (and automatically plant-based) meal comprising cereal, salad, bread, fruits, vegetables and soy milk.

Check out our Ultimate Guide to vegan food in South Korea’s capital, Seoul.

Anay Mridul
Anay is journalism graduate from City, University of London, he was a barista for three years, and never shuts up about coffee. He's passionate about coffee, plant-based milk, cooking, eating, veganism, writing about all that, profiling people, and the Oxford Comma. Originally from India, he went vegan in 2020, after attempting (and failing) Veganuary. He believes being environmentally conscious is a basic responsibility, and veganism is the best thing you can do to battle climate change. He gets lost at Whole Foods sometimes.
Previous articleThe problem with conventional period products
Next articleVegan food staples for the cold winter days