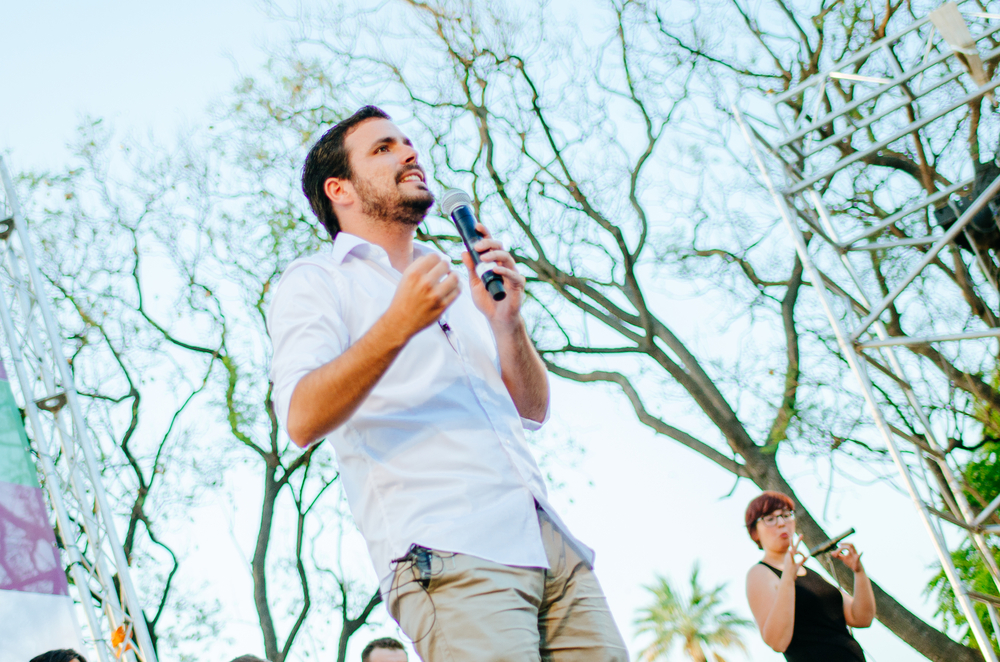 Ministers in Spain are at loggerheads over consumer affairs minister Alberto Garzón’s campaign to reduce meat consumption for human and planetary health.

Spanish politicians are debating whether to encourage people to eat less meat after consumer affairs minister Alberto Garzón, launched a campaign to reduce meat consumption in the country.

In a video he tweeted on Wednesday, Garzón invited people to consider cutting back on eating meat for human and planetary health benefits. He noted that Spain eats more meat than any other country in the European Union, responsible for the slaughter of 70 million cows, pigs, sheep, chickens, goats and horses. The average Spaniard eats 98kg of meat every year (producing 7.6 million tonnes), compared to the EU average of 76kg.

Garzón added that it didn’t make sense to use 15,000 litres of water to raise a kilogram of meat in a country facing rapid desertification. “This doesn’t mean that we can’t have a family barbecue once in a while,” the United We Can leader said. “We just need do it with a bit more restraint and make up for the days when we eat meat by following them with eating more salad, rice, legumes and vegetables.”

He highlighted the fact that the average person in Spain eats more than 1kg of meat per week, which is much higher than the recommended 200g to 500g by the Spanish Agency for Food Safety and Nutrition. “Our health and the health of our families is at stake. Eating too much meat is bad for our health and for the planet,” added Garzón.

He further acknowledged that meatless meals aren’t accessible and affordable to everyone, adding that meat from smaller farms is healthier and more sustainable. The minister stressed that he was simply asking people to consider the consequences of what they ate, not telling them what to do. But he has met with criticism from fellow ministers and the animal agriculture industry.

Agricultural minister Luis Planas called the campaign “unfortunate”. “Livestock breeders don’t deserve this,” he told Cadena SER radio. The industry is being subjected to profoundly unfair criticism and deserves respect for the honest work it does for all of us in food and in the economy.”

The six main meat-producing associations wrote a joint open letter calling Garzón’s campaign defamatory, alleging that he had cherry-picked statistics to shed bad light on an industry that employs 2.5 million people and accounts for €9 billion in exports.

When asked about the campaign, Spain’s prime minister Pedro Sánchez said: “Personally speaking, a medium-rare steak is hard to beat.”

Read our World Vegan Month story about being plant-based in Spain.

Anay Mridul
Anay is journalism graduate from City, University of London, he was a barista for three years, and never shuts up about coffee. He's passionate about coffee, plant-based milk, cooking, eating, veganism, writing about all that, profiling people, and the Oxford Comma. Originally from India, he went vegan in 2020, after attempting (and failing) Veganuary. He believes being environmentally conscious is a basic responsibility, and veganism is the best thing you can do to battle climate change. He gets lost at Whole Foods sometimes.
Previous articleClimate change-related extreme weather kills 5 million people a year, shows study
Next articleTrans activist Billie Lee: ‘She’s So Vegan is founded in feminine energy’