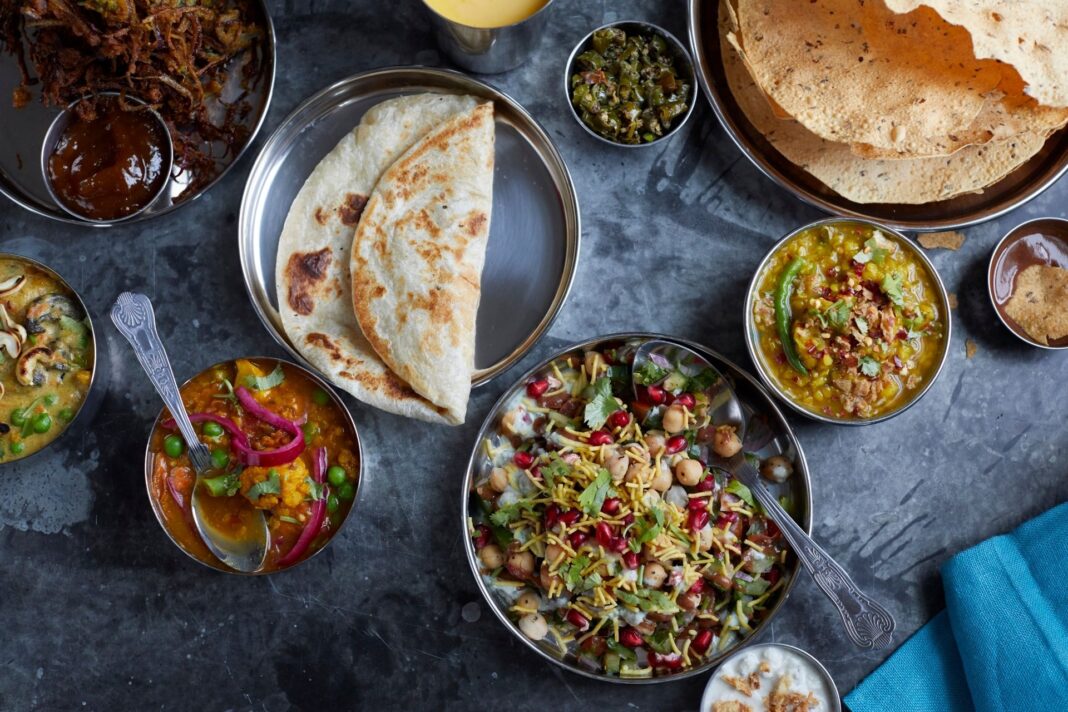 Grace Regan, the founder of vegan Indian curry house SpiceBox, talks about her passion for the food, spices, inspirations and colours of India.

Tucked away in Walthamstow lies a “little warm paradise”, as Grace Regan describes it. The soft light coming through the restaurant brings life to the bright colours of fuchsia and orange interior, while in the kitchen the spices breathe in flavour to the plant-based food. SpiceBox is not just another curry house, but a vegan curry haven inspired by the spices, colours and warmth of India.

Growing up, Regan, SpiceBox’s founder, explored everything that traditional Indian cuisine has to offer. Regan fondly remembers eating homemade food made by her aunt Dolly, learning how to cook curries and travelling around India.

She traces her passion for food and the country to these small moments that inspired a big change in her life. Four years ago, she moved back to London from Silicon Valley to entirely change her career from pursuing the tech dream to cooking curries. “I literally started cooking curries in my home kitchen and serving them from my front door,” recalls Regan, who came back to the capital keen on doing something in the vegan food space.

Cooking her way through street food festivals, she perfected a fully vegan menu ready for the next step. And that’s how SpiceBox came to be a year-and-a-half ago. 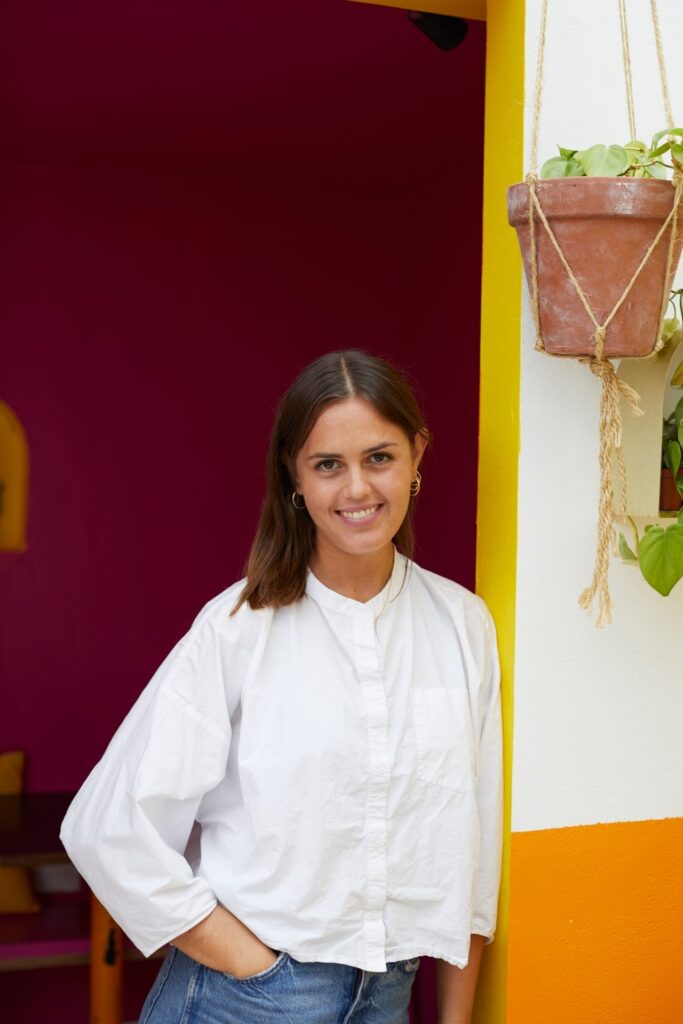 Drawing inspiration from her aunt’s home-cooked food and flavours she tried in India, she set up on a mission to “merge British high street favourites with traditional Indian cooking”.

SpiceBox offers vegan spins on classics like vegan chicken tikka masala and korma, but also an award-winning red lentil tadka dal and a shroom keema made out of soy mince, mushrooms and walnuts for a “really meaty” taste. The menu also features an array of sides, rice, naans and desserts.

The core of SpiceBox is driven by inspiring people to eat more plant-based food by showing them how easy it is. “Another huge reason why I chose Indian is that it’s a really great way to use foods that are vegan because a lot of it’s just naturally plant-based anyway,” says Regan. “And the spices are such a great way of getting flavour out of vegetables.”

SpiceBox’s main focus is vegetable-based dishes, but you will also find soy chicken and mince on the menu. In the past, it also featured a faux mutton special.

Regan notes that, apart from the spices, the taste of the curries is elevated by organic ingredients like basmati rice imported from India, soy mince, flour and lentils.

What separates SpiceBox from “the classic curry house” is an original Indian take on the brunch menu. The speciality dish is the “doffles”, with both savoury or sweet options: crispy chicken with tomato and coconut chutney, spicy jackfruit beans and Bombay potatoes, or salted caramel ice cream and bananas.

“During the street food days, we came up with this idea for dosa waffles. Dosas are really thin Indian pancakes made from fermented rice and lentil flour. And we decided to put that batter into a waffle machine.”

The brunch menu also features a south Indian brunch thali with korma, tadka dhal and paratha, and a THIS Isn’t Bacon naan roll. 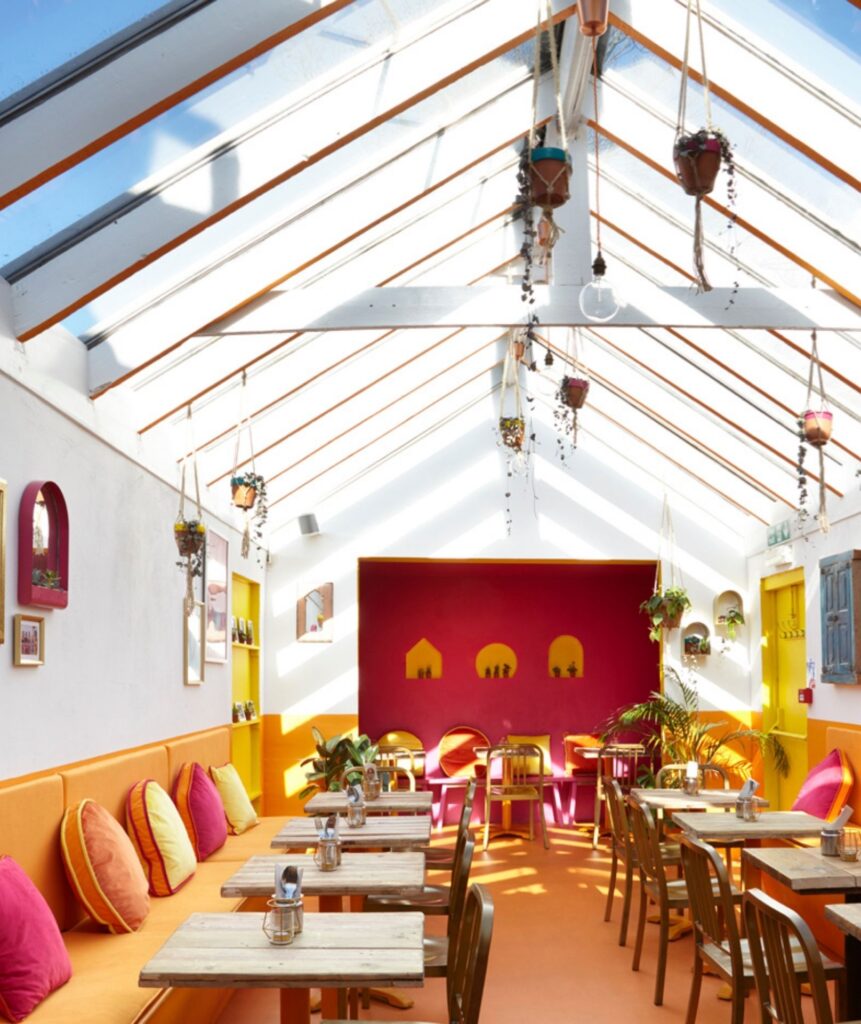 While Regan is ambitious, helping and sharing are more important to her than business. She decided to open SpiceBox in Walthamstow because of its “community feel” within London. “It’s almost like a little town or village,” she says.

She also launched a YouTube channel to give back and share some of her food passion with others. “A lot of the brand is not just about selling things to people, it’s about helping them learn how to cook vegan food at home,” Regan says.

To support the physical and mental wellbeing of her staff she created a wellness budget, “where everyone has an allowance to spend on activities they think [they] will benefit from”.

SpiceBox shares the same values when it comes to sustainability. For takeaway, customers pay a one-off £10 fee for a reusable tiffin set to reduce waste. Then, they can bring it back and swap for a new one filled with “steaming hot curry”.

It also recycles about 75% of all the waste generated onsite and the rest is sent to First Mile, a power plant facility, where it’s burnt to produce energy.

The environment was one of the main reasons why Regan turned vegan. Her plant-based path started with pescetarianism, and after researching and trying “amazing vegan food” during her time in America, “from an environmental and ethical point of view, being vegan made a lot of sense”.

SpiceBox is currently looking for a second site. “We want to roll out more curry houses and we’re going to be launching retail products very soon,” says Regan.

She adds: “I think you can really inspire change if you get the fundamentals right, which, in the hospitality business, is the service, atmosphere and the food. We’ll always be a vegan playground but we don’t really intend to scream shouts about it. It’s more about being pretty great and therefore inspiring people.”

Diana Buntajova
Diana is always looking for the environmental aspect of every story. She is interested in health and lifestyle, hoping to point to issues that are often overseen. Diana has explored topics including B-12 deficiency in the vegan diet, fears about exotic skin farms sparking another pandemic, and the Oreo controversy. Currently studying Journalism at City University of London, she enjoys everything to do with visuals especially photography. Creative and detail-oriented in both her visual and written work. On a mission to find the best vegan cheese and can't resist beyond meat burgers.
Previous articleSpiritual veganism: Do religion and plant-based lifestyles go hand-in-hand?
Next articleOatly considering 2021 IPO that could value it at $5 billion, reports Bloomberg