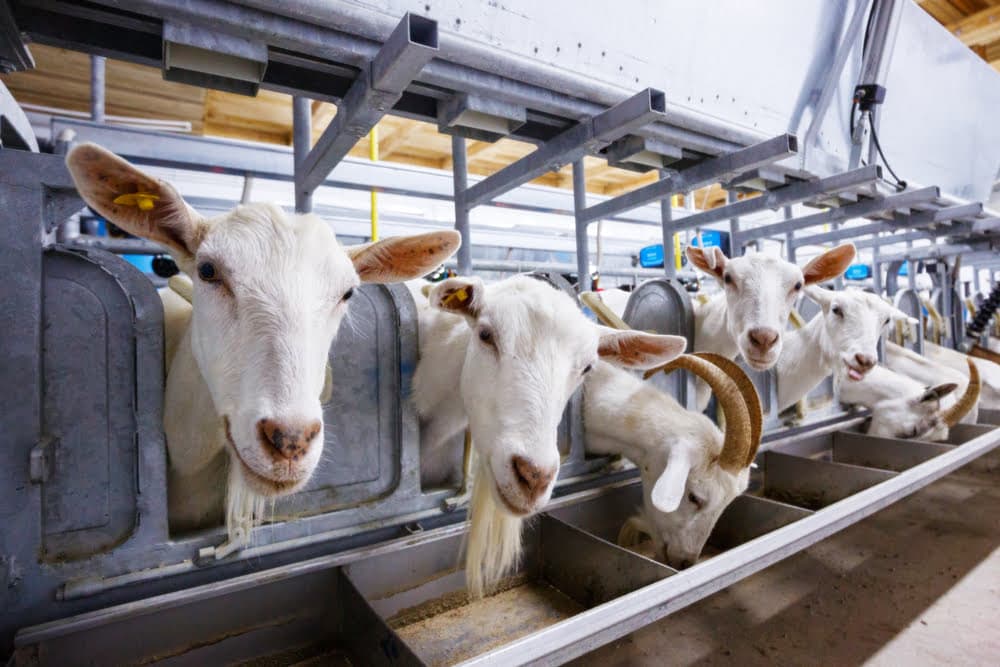 St Helen’s Farm has halted its supply of milk after a video has revealed how its goats are abused in one of its farms.

Undercover footage by witnesses shows goats being abused in one of the farms owned by goat’s milk producer St Helen’s Farm.

The video, as seen on the Independent, shows the farm animals being kicked, punched, hit with a pole, held by the throat, their tailed twisted, shoved and handled roughly, left lame, struggling to stand or walk and seen crying. The individuals also claim they saw workers letting goats fall of an operating table, stuck between fences. While dead and dying animals could be seen around the farm.

The witnesses then gave the hour’s worth of footage to animal rights activist group Surge, which then showed it to a vet and lawyers at Advocates for Animals.

Ed Winters, the co-founder and director of Surge, said: “St Helen’s is the most prominent and well-known goat company in the UK. They are regarded as being the best of the best when it comes to goat farming. But that means nothing to the animals.

Goats are sensitive, curious and gentle animals, but the animal-farming industries treat them as commodities they can exploit for profit.”

St Helen’s farm sells a variety of dairy products made from goat’s milk, like yoghurts, cheese and ice cream, which are stocked in major UK retailers Tesco, Sainsbury’s, Waitrose and Ocado. However, since the video’s release, Tesco has announced. It has suspended the brand’s products, with Waitrose and Booths the following suit.

In a statement sent to the Independent, which can also be found on its website, St Helen’s Farm said:

“Yesterday, we have been made aware of allegations that one farm has infringed animal welfare standards. Which we would find totally unacceptable if true.”

The company also said it has ceased all milk supply from the farm in question. And it will launch a full investigation. St Helen’s Farm has also asked for Surge to provide all unedited footage. So a thorough examination can be carried out.

A spokesperson for Tesco told the publisher:

“We require high animal-welfare standards from all brands sold at Tesco. So these claims are deeply concerning. We have immediately suspended supply whilst we investigate the matter further.”

Anam Alam
Anam is a freelance writer for The Vegan Review and a student studying journalism. She is a passionate writer who possesses a range of skills ranging from audio, video, editorial and creative writing. Her goal is to educate the public and the world with stories that she feels need to be talked more about in society.
Previous articleExclusive: Peabodys Coffee to launch vegan frappés for its 2020 summer menu
Next articleOne Planet Pizza: Making the world better, one slice at a time