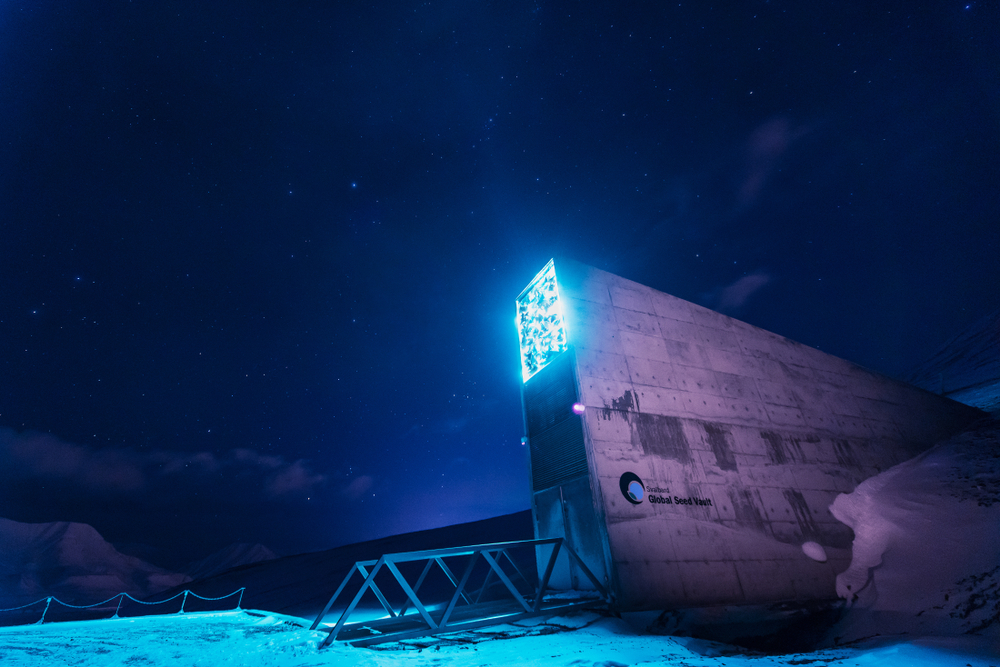 The Global Seed Vault in Svalbard is a seed bank for a climate change-enforced doomsday, to save crop diversity for a post-apocalyptic world.

Climate change isn’t only warming the planet, it’s also leading it towards becoming an inhospitable host. As a consequence, the proportion of manmade and natural disasters have skyrocketed. To minimise human, animal, and environmental suffering, world governments have taken up several collaborative actions, including the 2015 Paris Agreement.

There are many initiatives being taken to conserve our planet, everything from plastic bans to electric cars, but have you heard of seed preservation? Preserving seeds for a rainy day is also part of the initiative to protect us from natural and man-made disasters. A seed storage vault in Norway has provided the avenue for the world to store its seeds long-term.

Svalbard Global Seed Vault, part of crop diversity organisation Crop Trust, also often referred to as “the doomsday vault”, is located in the midst of the Arctic Circle. Despite its location, the facility is home to more than 1,000,000 varieties of seeds and has a storage capacity of around 4.5 billion crops.

Think of the vault as a global bank for seeds that provides every country with the opportunity to save its citizens and itself from the disasters caused by global warming.

How does Svalbard Global Seed Vault store the seeds?

This law also applies to the Svalbard Global Seed Vault staff; they cannot open the boxes and use the depositor’s form to add different types of seeds to their inventory. The seeds chosen by the depositors are shipped to Norway, which are then processed and sent to the vault. The vault requires to be at a temperature of -18ºC, and given its remote, mountainous, and naturally cold location, that is easily accessible.

The vaults’ location is geologically stable with low humidity levels, are above sea level, which protects them from ocean flooding, and are secure as part of a remote location, where the “vault itself is 100 meters into the mountain”.

The seeds are stored in three-ply foil packages and kept at low temperatures and low moisture levels. This ensures that the seeds have minimal metabolic activity, which allows them to be stored and remain in prime condition for a very long time.

Who are the depositors, and what do they deposit?

The Svalbard Global Seed Vault is open to all countries, regardless of their social, political, and economic backgrounds. Today, the vault’s depositors include Syria, India, Mexico, the US, Pakistan, North Korea, and numerous other countries.

The global seed vault in Norway can be considered an echo of the United Nations, where countries, irrespective of rivalry or political insecurity, get a fair chance of preserving their biodiversity for the future. Crop Trust has several global supporters, including the World Bank, Japan, India, the UN Foundation, as well as the Prince of Wales.

Today, the seed vault stores a huge variety of crops, including cowpeas, rice, wheat, lettuce, barley, eggplants, potatoes, maize, pearl millets, chickpeas, and other beans. The vault also stores hallucinogenic plants like opium and cannabis. Today, the depositor with the largest storage space at the vault is India, with around 95 million seeds. 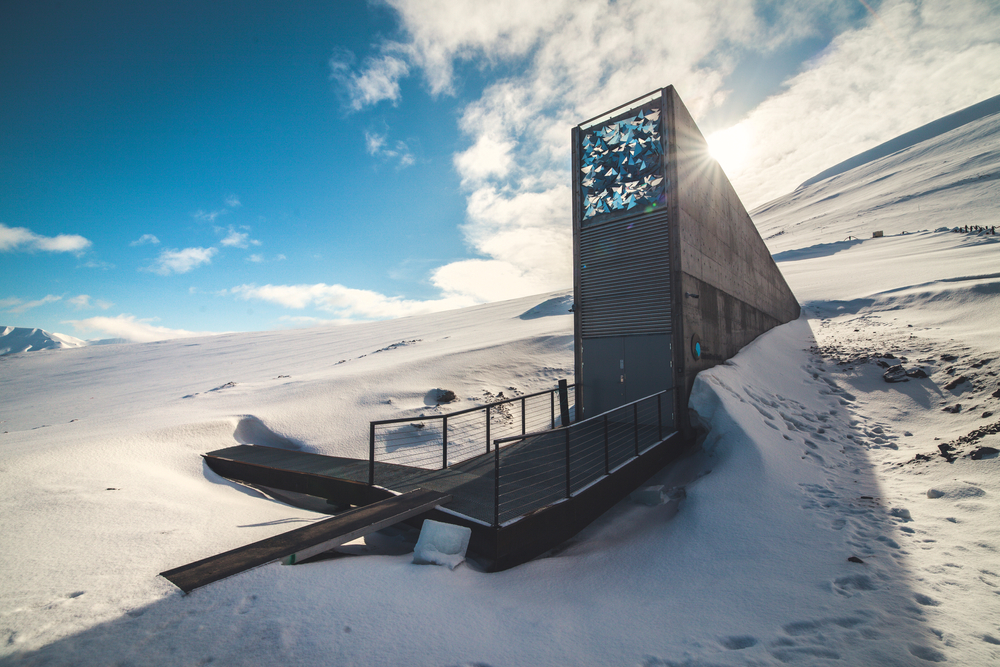 Why is the Svalbard Global Seed Vault a necessity?

There are a variety of reasons for crop diversity and crop conservation that make the Svalbard Global Seed Vault a necessity — everything from ensuring food security and protecting the ecosystem to preventing environmental degradation and nutritional security.

In addition, the necessity also arises from the unstable effects of climate change. As the world gets warmer and more unpredictable, agriculture sustenance changes with it too. The global seed vault allows us to store the seeds for completely different climate and soil conditions. It allows the farmers of this world access to sustainable agriculture.

Furthermore, the seed vault also does its part in reducing future poverty across the globe and protects those dependent on agriculture. By storing the seeds for doomsday, the vault gives countries a fighting chance to adapt to climate change and provide food security to its population.