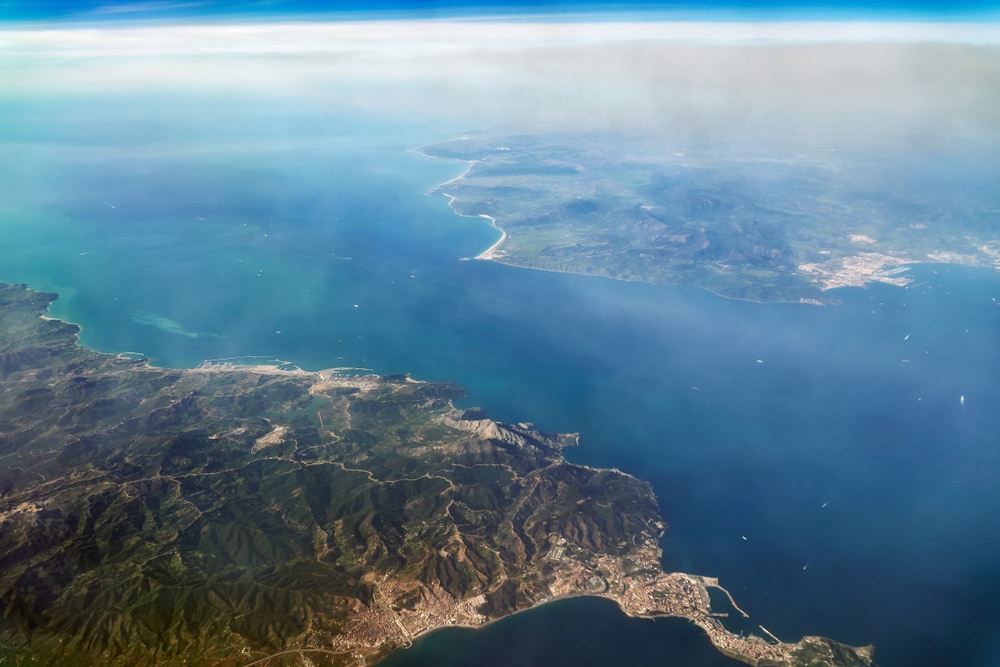 The Strait of Gibraltar at the Alboran Sea is the passage between the Mediterranean Sea and the Atlantic Ocean, and it’s heavily used by humans and wildlife alike. So, it’s paramount we protect it.

The only area where Spain, Morocco and the UK share space is the Alboran Sea, and it is overused. The Strait of Gibraltar is a very narrow space, roughly eight miles, with an intense human footprint due to surrounding cities and towns, a high volume of shipping traffic, and tourist activities. Besides, it is the pathway for thousands of migratory species — the way into the warmer Mediterranean waters, and the bridge to the drier African land.

Loggerhead turtles have laid eggs in Malaga, Southern Spain, for the first time. According to Jesus Bellido, a biologist at the Spanish conservationist group Aula del Mar (The Sea Classroom), it is an exciting episode: “(The Strait of Gibraltar) is a pathway for this species. So, the female turtle carried its fertile eggs, found an appropriate condition to spawn, and she did so.”

Turtles eggs are very dependent on the temperature. When the eggs are incubated below 27.7°C, the baby turtle will be male. Above 31°C, it will be female. And when it’s in between, there is a mix. According to NASA, the atmospheric temperature has raised by almost 1°C globally, which leads to turtles finding new spaces for breeding. And since members of this species usually get back to the same beach they were born in to lay the eggs, Bellido happily says: “We will be here, waiting for them.”

However, the conservation of the environment is still forthcoming. Ricardo Aguilar, from Oceana, highlights the activity in that area: “The Strait of Gibraltar is a very busy area. But it’s also an area with very intensive fisheries, some very important ports and large populations living or visiting the area as tourists, and therefore producing a large amount of garbage.”

He recalls participating in a survey in the 90s, which found it as the most heavily polluted part of the Mediterranean Sea. “At that moment, many boats connecting Africa and Europe were dumping lots of garbage into the sea, and there were several landfills dumping their waste directly into the water. This has changed, but still, there is a lot of garbage reaching the sea from land.”

Rubbish, plastics, and boat traffic are the most urgent concerns for conservationists. They call for rewilding the area, although they are aware that the Strait of Gibraltar is one of the busiest areas in the oceanic world. And while it’s uncertain yet, experts hope to see a broad international commitment to look after the place, even though it is not considered an ‘Ecologically or Biologically Significant Area’ by the UN’s Biodiversity Convention.

Dr Jean-Luc Solandt from the Marine Conservation Society calls on the government to urgently design new Highly Protected Marine Areas in British waters. These “no-take zones will result in increased biodiversity, abundance and a healthier seabed” if properly enforced. But here, there are three countries involved.

“We need such areas to replenish stocks elsewhere in such a heavily fished sea,” he says. So, he and other conservationists expect that besides the fishermen’s interests, Boris Johnson looks after the interests of the Strait of Gibraltar’s marine wildlife.

Juanele Villanueva
Juanele Villanueva is a freelance journalist passionated with Environment Affairs. He is originally from Spain and started to be interested in the Environment and sustainability when he was in his masters at the University of Salford. His goal is to share stories which change the general belief that being eco-friendly is just for wealthy people. Moreover, the vegan diet is the easiest step that everyone can do to reduce its environmental footprint. He is also interested in conservationism, recycling, renewable energies and environmental policies
Previous articleThe 6 Rs of sustainability: what does ‘sustainable’ really mean?
Next articleAsda to trial vegan butcher concept in Watford store