Study links soya and beef exports with deforestation in Brazil 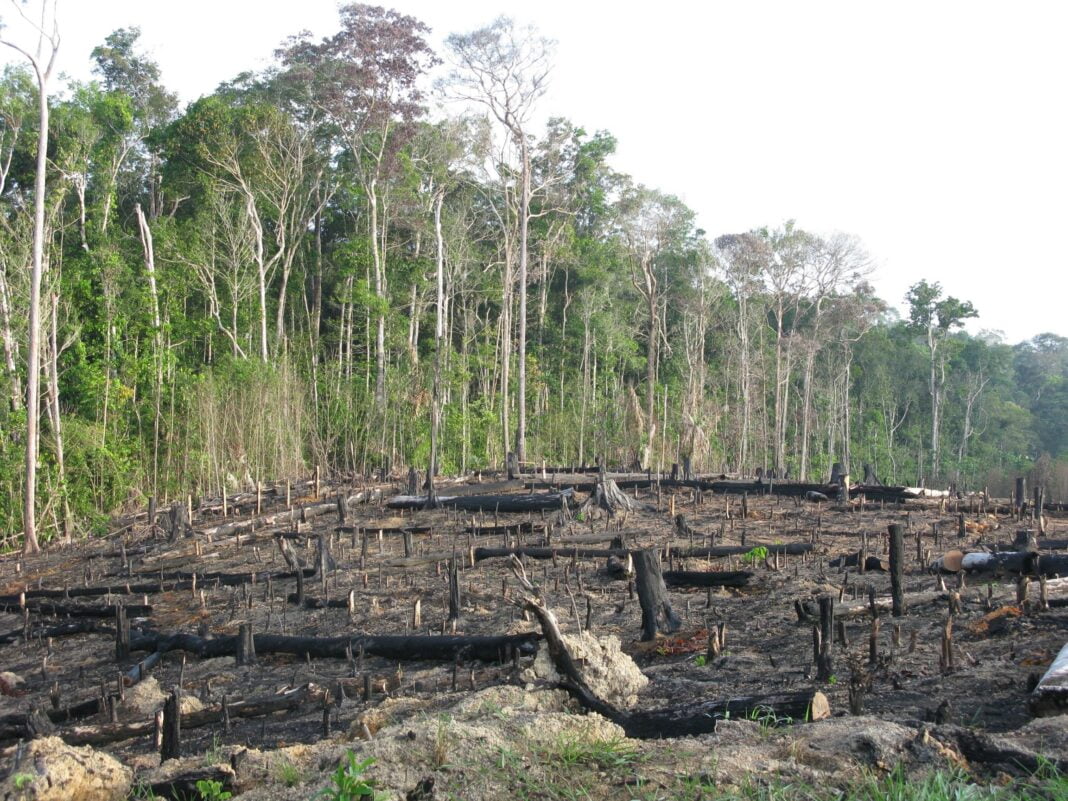 Research published in the journal Science found a correlation between the soya and beef EU exports and deforestation in Brazil.

A report published in the journal Science looked at the “interlinkage between illegal deforestation” and with Brazil’s major agricultural commodities, soya and beef.

The research summarises that the link between European soya and beef exports with 2% of properties in the Amazon and Cerrado are responsible for 62% of all potentially illegal deforestation. And approximately 20% of soy exports and at least 17% of beef exports to the EU may be products of deforestation.

There has been an ongoing concern surrounding Brazil’s environmental crisis, which has both local and global implications. The report mentions international buyers of the country’s commodities, raising concern around whether their products are “contaminated with deforestation” — where parts of the rainforest were taken down to make the product. Other interests also include greenhouse gas emissions from deforestation and the wildfires that took place last year.

The summary finished with how it is vital to raise awareness regarding the country’s agricultural standards and “press Brazil to conserve its environmental assets and to promote international political will for cutting telecoupled GHG emissions.”

There was a time when Brazil once had the highest rate of deforestation in the world, with over 700,000 square kilometres of deforested land. This was a result of cattle ranching and infrastructure, hydroelectric dam projects, mining, soybean production and logging.

And last month, the BBC reported that in the first four months of 2020, the rate of deforestation by illegal loggers and ranchers rose by 55 per cent, according to Brazil’s space research agency. A total of 1,202 sq km was wiped out. To try and compact these illegal activities, Brazil’s government prepared to deploy military troops. However, the COVID-19 outbreak has meant that fewer soldiers have been arranged.

Anam Alam
Anam is a freelance writer for The Vegan Review and a student studying journalism. She is a passionate writer who possesses a range of skills ranging from audio, video, editorial and creative writing. Her goal is to educate the public and the world with stories that she feels need to be talked more about in society.
Previous articleKFC to sell vegan fried chicken in California
Next articleLidl introduces a new vegan cheese for Spain