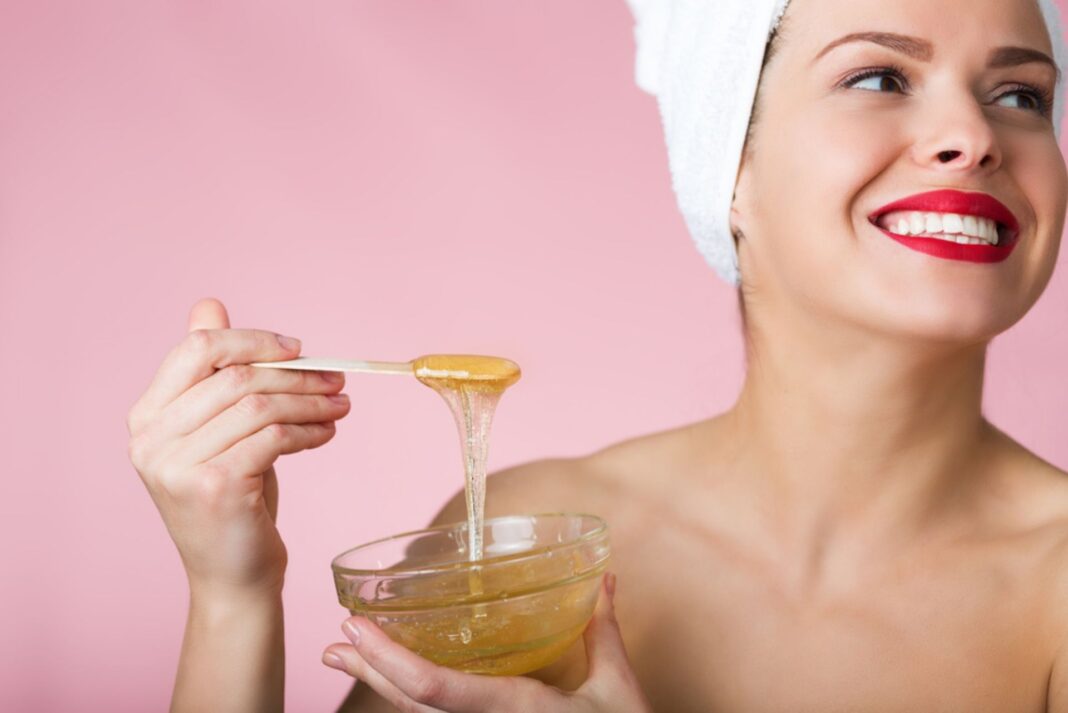 Although waxing is popular, it’s being recognised as an unsustainable choice due to its artificial substances. Sugaring is making a comeback from 1900 BC as a sustainable and vegan alternative.

You’ve seen it in the movies, you’ve probably heard some horror stories about it, but either way, there’s no denying the popularity of waxing worldwide. A 2016 poll revealed nearly half of all young women under 35 remove all pubic hair, and statistics revealed 6.97 million Americans used professional waxing services at least four times within six months in 2019. Waxing is hugely popular, but the popularity and history of hair removal stretches further back than we realise.

History of sugaring and hair removal

The trend of removing body hair is considered to have originated from Ancient Egypt, where Cleopatra set a hairless beauty standard as she removed all her body hair, including on her head. Being hairless was also synonymous with wealth and class — if you wanted to be highly thought of in Egyptian society, the hair had to go. Egyptian and Persian women used a sugaring paste or wax called moum to remove hair.

Removal of body hair was far more prominent in the Middle East, Ancient Egypt and Greece, where hair is traditionally thicker and darker. Hair removal came into fashion in European countries and America later on as fashion trends changed.

In the Middle Ages, Queen Elizabeth I set the beauty standard for hair removal in England. Contrary to Cleopatra, she preferred to remove hair from the face, not the body; removing your eyebrows to make your forehead bigger was considered very fashionable. Hair was removed using strips of cloth soaked in ammonia or vinegar.

Fast forward to the 1960s, the use of wax strips was introduced, becoming a popular method due to its efficiency and fashion trends that revealed more skin, such as swimsuits.

Waxing is not usually a vegan or organic hair removal option. Where previously in history, populations used what was available to them, we now have the luxury of removing hair in sustainable, more organic ways. Many people don’t even realise most wax isn’t vegan.

Let’s break it down. Typically, the two key ingredients in hard wax are beeswax and resin: not only is beeswax non-vegan friendly, but synthetic resin doesn’t decompose and can irritate the skin. Wax can contain many other artificial substances and toxins, but resin is most common. Unrefined resins can cause allergic reactions, and are not water-soluble.

Despite beeswax being popular in skin products (due to its anti-inflammatory and antibacterial properties), many vegans do not condone the use of it as it is an animal byproduct and a source of food for bees. When it comes to skincare, many ingredients aren’t actually vegan, but can be substituted for other, vegan-friendly replacements.

SUGARING IS NOT THE SAME AS WAXING.⠀ .⠀ We get asked often ‘is sugaring the same as waxing’ and the answer is no, it’s very different. So we made this post for you to help differentiate the two. All in all, sugaring is much better for your skin and produces wonderful results, arguably better than waxing 😉

Sugaring is becoming an increasingly popular alternative to wax in salons. Also known as Persian waxing and originating from the East, sugaring is an all-natural waxing alternative made up of sugar, lemon juice and water. It’s eco-friendly and water-soluble. Honey can also be used in the mixture, which is an excellent humectant (helps keep moisture in the skin), but that wouldn’t be a vegan option. Sugar acts as an exfoliator, meaning that whilst removing hair, sugaring can also benefit your skin.

The Vegan Review spoke to two sugaring pros: Ejiro Okorodudu, founder of EJIRO, and Tanja Westendorff, founder of Sugaring London, to give you the lowdown on all things sugaring.

These two women are pros in sugaring: Okorodudu first learnt to sugar in 2018 and opened EJIRO studio in 2019, as she “had a vision of how [she] wanted to bring sugaring to London”. EJIRO also aims to bring diversity and representation to the hair removal industry. “As a black woman, I wouldn’t see many therapists that look like me when I would go for a wax. It makes such a difference to how you are treated or how people look at your hair,” says Okorodudu. “I know a lot of women of colour that have had terrible waxing experiences just because of their hair texture and it shouldn’t be that way.”

Westendorff “immediately fell in love with the principles of sugaring” after being told about it by her brother: “He has psoriasis [a skin disorder], and his dermatologist told him he could not remove unwanted hair with traditional wax but should look into sugaring instead.”

So how does sugaring compare to wax? Normal wax rips off your skin cells, as it latches to everything it comes into contact with, whereas sugaring only latches onto the hair (and dead skin cells), making it less painful and won’t irritate the skin as much. This makes it perfect for sensitive skin, especially if you’re waxing pubic hair.

Furthermore, the techniques differ: wax is applied against the direction of hair growth, which can cause breakage, whereas the sugaring paste is applied in the same direction of hair growth. As most sugaring in salons will be done at a warm temperature (no more nasty wax burns), it will melt around the pore and wrap around the hair follicle, making a far more effective — and less painful — removal of hair.

Westendorff describes her salon’s customer demographic as “90% women and 10% men. Since 2019 we’ve seen a real increase in male grooming and men visiting our studios. From athletes, students, to heavily tattooed guys.” She even explained that sugaring is beneficial for tattoos, brightening them as the paste removes all dead skin cells.

Both Westendorff and Okorodudu list many more benefits of sugaring:

If you want to remove body hair, sugaring is a great way. It optimises the condition of skin, is natural, vegan and eco-friendly, and is less painful than waxing. What more do you need?

Yasmin Jafar
Yasmin is a journalism undergraduate at City, University of London who is a massive foodie — especially for anything dessert- or coffee-based! She’s passionate about food, its history, and researching and reviewing different diets around the world.
Previous articleDao Foods portfolio company Starfield closes $10 million in Series A funding
Next articleNestlé makes move into plant-based seafood with tuna alternative