A cup of aloha: the sustainable practices and legal fight for Kona Coffee 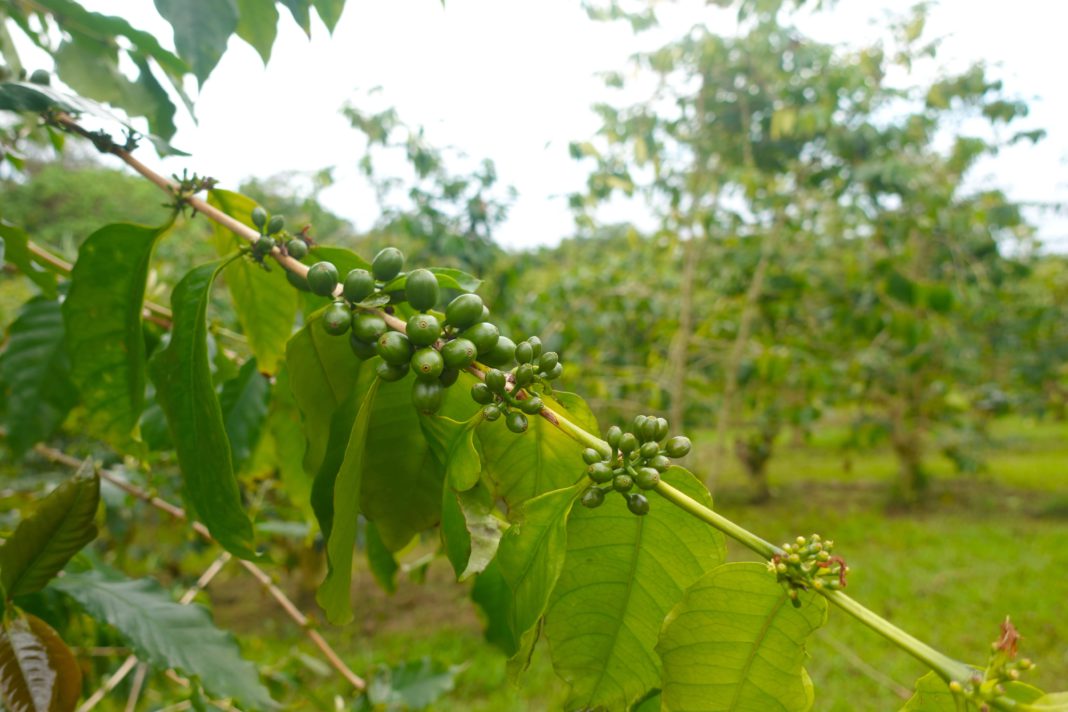 Kona coffee is grown in the north and south districts of Kona, which is on the Big Island of Hawai`i. Grown in mineral-rich volcanic soil, it makes up for 95% of all coffee grown there. The steep slopes and 20 mile-radius in which the coffee is grown can only be harvested and raised by the traditional way, which is by hand.

For generations, the traditional Kona-style pruning method has passed through the hands of families on Kona’s coast. The practice of needing to stop and observe every single tree in the plot annually by a specially trained labourer or farmer to select the proper pruning procedure effuses dedication and hard work.

Most farmers on the island sustainably farm the coffee beans, and whatever the farmers can do to give back to the land they take from, they do.

Heavenly Hawaiian Farms is one of Hawai`i’s highest-rated coffee farms, which offers coffee tours six days a week. This tour welcomes guests with a coffee tasting of its different brews, along with delectable organic house treats to eat. 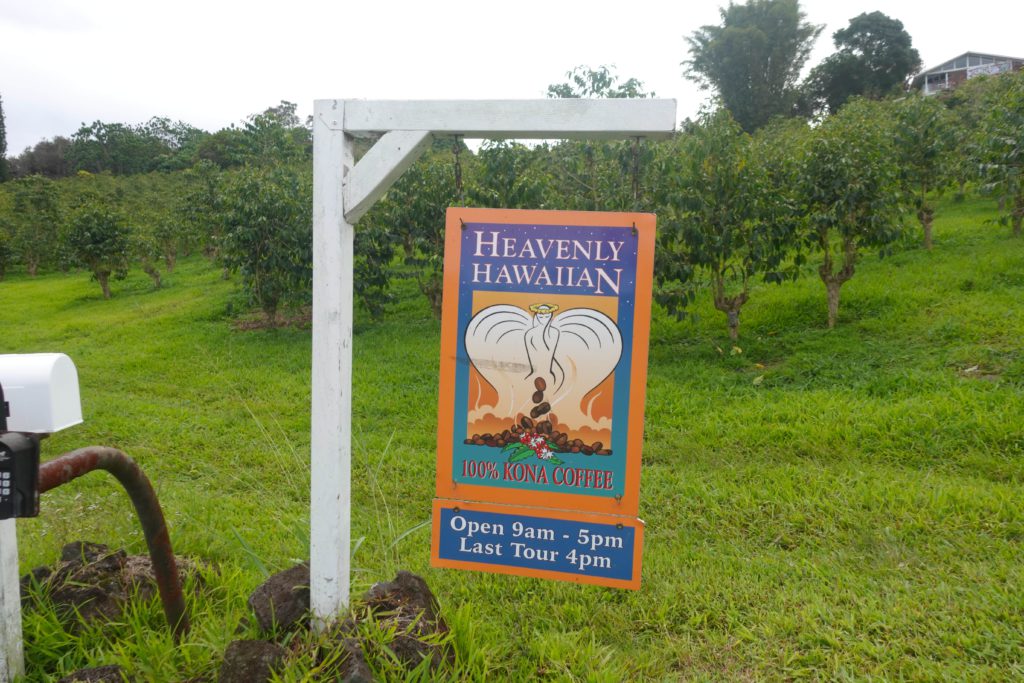 Collin Francois, a Kona coffee farmer and the tour guide, explains that the prestige of Kona coffee beans make them special. “It’s been almost 200 years since coffee came to Kona, and since then, it has won numerous awards on the world stage as some of the best coffee in the world,” he says.

“Our growing conditions here are perfect for coffee, our weather patterns create the perfect mix of shade and sun for the plants, and the volcanic soil has the perfect amount of nutrients as well.”

The coffee farmers at Heavenly Hawaiian and other Kona coffee farms have a commitment to sustainable farming practices. From using the coffee grounds and flowers on the property to produce topical skincare products and candles for visitors to purchase, to meeting the statewide GHG emissions limit, sustainability is at Kona’s core.

Being organic is also important, according to the growers, because the coffee doesn’t use pesticides that harm the environment, which protects the rich volcanic soil. 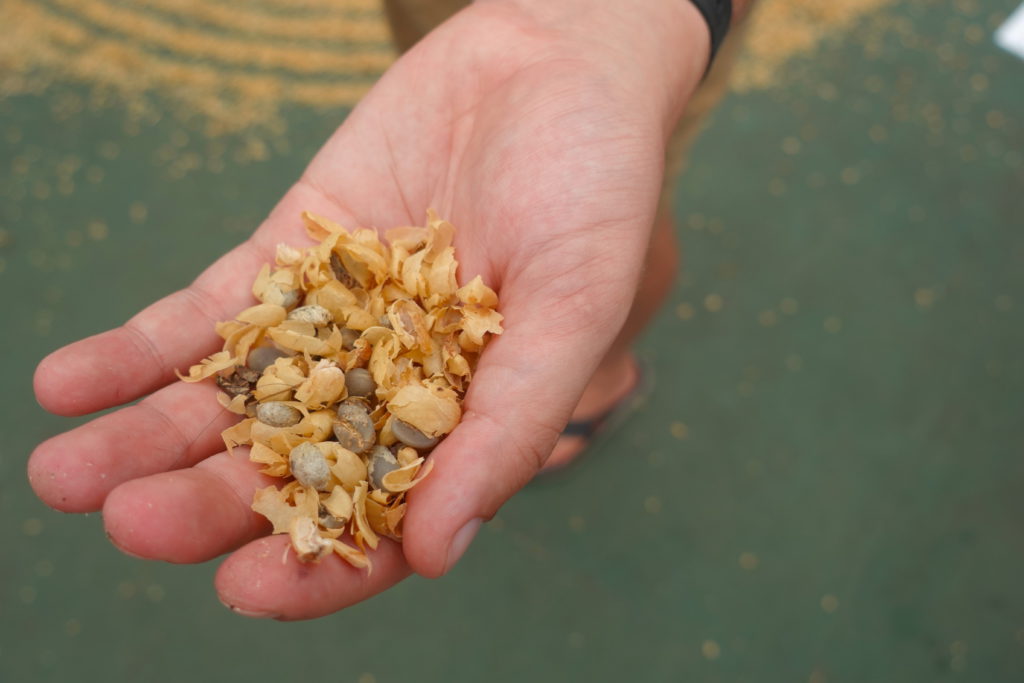 Some of the green initiatives undertaken by Kona Coffee farmers include using reusable stainless steel and biodegradable paper straws instead of plastic, not selling plastic bottles and placing recycling bins around the farm, and using hand dryers instead of paper towels.

The farmers also try and minimise the use of machinery, and plant edible landscapes around the cafe. Additionally, they use coffee grounds for composting, body scrubs and candles, and coffee chaff, the nutrient-rich dried skin that comes off the bean during roasting, for composting.

As I drove up and down the green mountains of Kailua-Kona, I continuedly saw advertisements that read: “100% Kona Coffee Sold Here.” Why was there a need to advertise the authenticity? After talking to local farmers and retailers, I learned that some farmers take off-grade Kona coffee and combine it with other, lower-quality coffees and pass it off as authentic. Everyone wants a piece of the Kona market, because the brand value and reputation of the coffee are high. 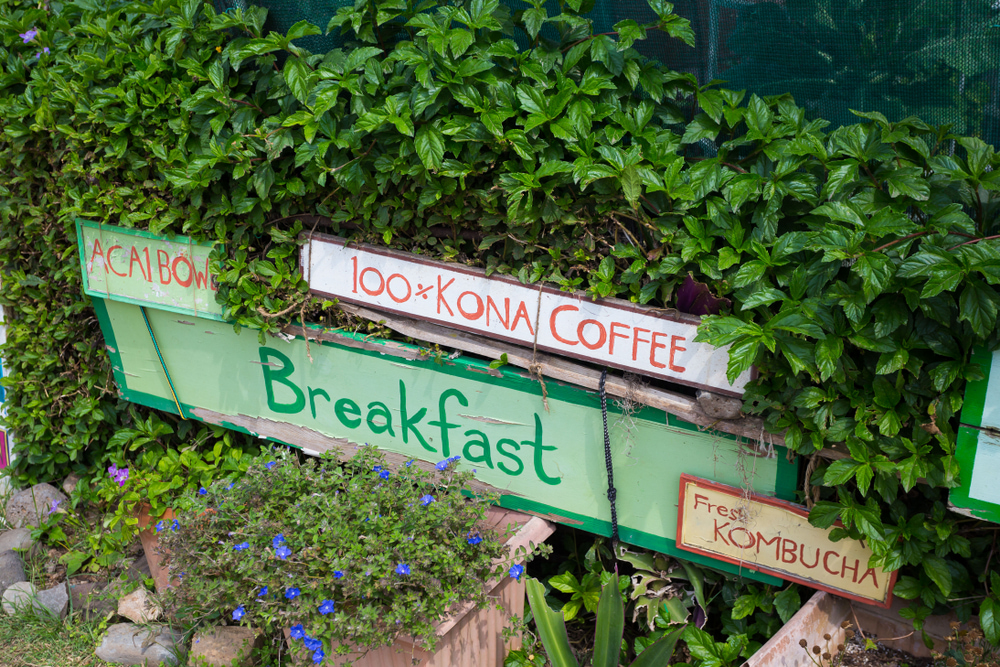 Francois suggests two things to look out for when buying Kona coffee. “Look for the ‘100% Kona’ label, especially with the most recent lawsuit, which says all retailers should legally abide by the label now,” he says.” Also, it’s always better to get your coffee as whole beans. That way, you can see for yourself if your coffee is good.”

Marketing had allowed retailers such as Costco, Amazon, Walmart, Safeway, Kroger, Bed Bath & Beyond, and others to mislabel lower-grade beans mixed with 10% Kona coffee as “premium” Kona coffee. Not only does that devalue the authenticity of the coffee, but the farmers lose millions.

The Kona Coffee Farmers Association, which represents 600 Kona coffee farmers, successfully sued these companies and now will be eligible to receive shares of millions of dollars because of the 2019 class-action lawsuit against the retailers.

So, what’s the best way to support Kona Coffee? Buy local and from authorised sellers. Supporting the farmers directly is the best way to ensure that they are getting the means needed to keep this industry going.

Tijen Najarian
Tijen holds a certification in Vegan Nutrition, and Chinese Medicine from the University of Hong Kong. When Tijen was diagnosed with Crohn’s Disease at age 23, she set out on a path that would dramatically change the course of her life. After years of pain, struggles with the effects of medication, and countless differing opinions from Western doctors, Tijen put her trust in a holistic practitioner and began educating herself on natural medicine and healing remedies. Upon learning that certain foods are inflammatory to the gut microbiome, she chose to cut all animal-based foods from her diet. Based in New York City, she has been in remission for five years and has been blogging her health journey and struggles inspiring many to go vegan themselves, a decision that would ultimately lead to her brand Tijen the Vegan.
Previous article98% of non-vegans open to trying vegan egg alternatives
Next articleVegan Trademark strengthens service with Food Forensics DNA