How Sydney’s restaurant industry is embracing veganism and sustainability 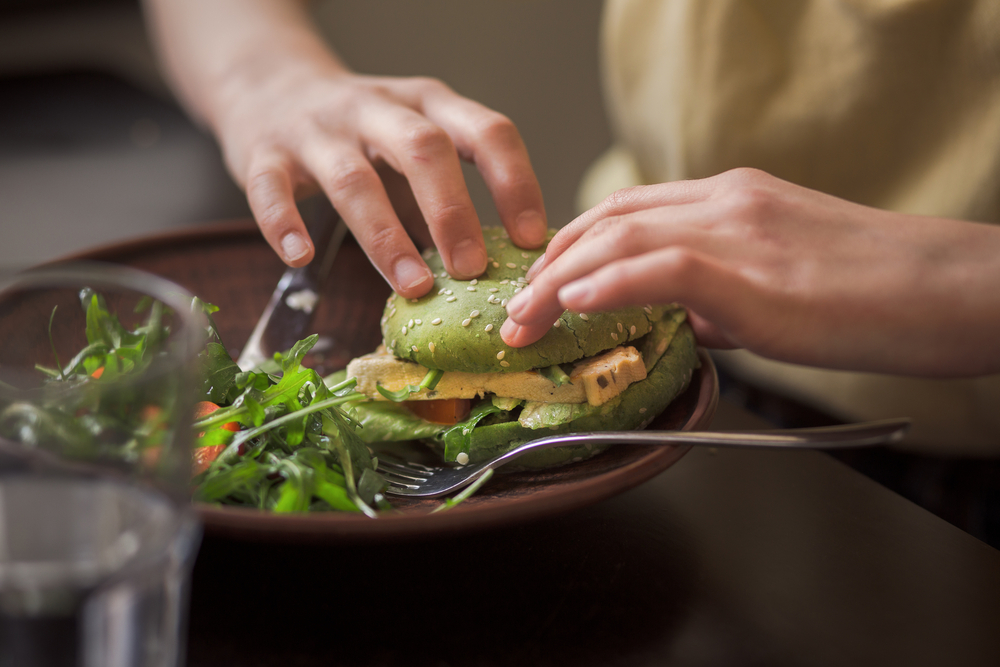 One of the world’s most iconic restaurants made headlines by shifting to an all-vegan menu. Here’s a look at how Sydney’s restaurants are adapting to the growth of vegan diets.

News broke earlier this month that New York’s Eleven Madison Park is reopening as a vegan venue. This made headlines throughout the mainstream media.

But what’s even more interesting is how restaurants around the world are making a shift towards the trends of sustainability and veganism in their own unique ways.

As one of the fastest-growing vegan markets in Australia and worldwide, many restaurants in Sydney are catering to people who choose to eat vegan. 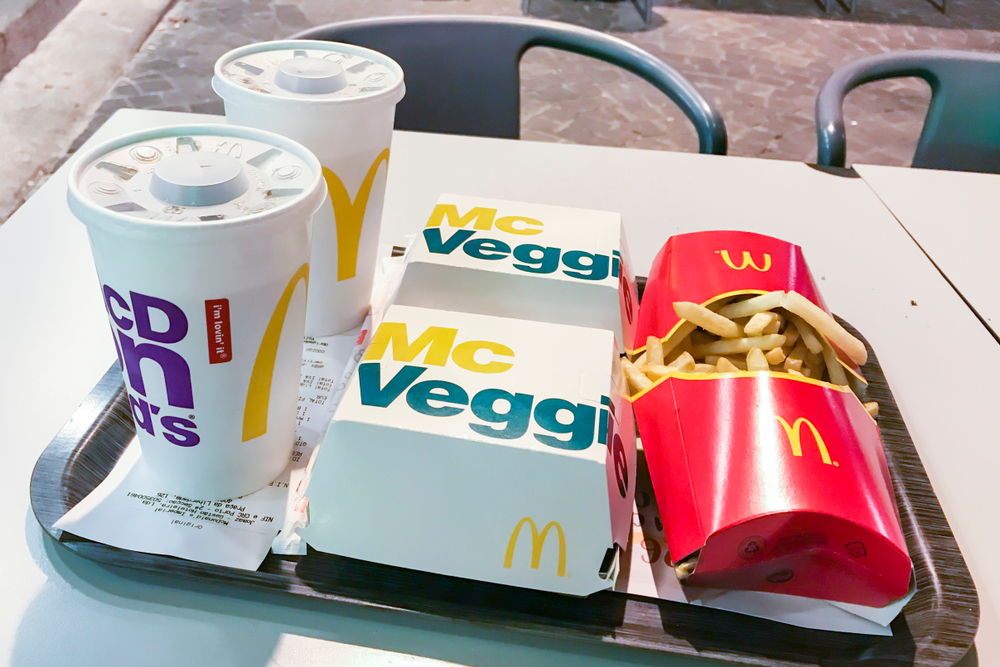 Very first on the list are traditional restaurants adding plant-based items to their menu in response to consumer trends. While they may not be vegan for the animals and environment, it’s through our purchasing decisions where they became aware of the need to shift their products to the growing trend in the vegan world.

Virtually any fast food restaurant you go to will have already added vegan options to their menu. In Australia, you can find vegan fast food at McDonalds, Pizza Hut, Oporto, Hungry Jacks, Subway, Zambrero, and even KFC.

While many can assume these corporate establishments are adding a few plant-based options based solely on consumer demand, there are many smaller restaurants throughout the world that have a unique approach to cater to a world that is going vegan.

The Hold: everything on the menu can be vegan

A post shared by The Hold Bar & Restaurant (@theholdmanly)

In the village of Manly Beach, Australia, there is a pub called The Hold. I came across their business while doing a Google search for vegan restaurants in the area. To my surprise, the look of the business was far from what looked to be a vegan restaurant.

A pub in the shape of a pirate ship had people eating burgers and fries out front. Its menu advertised burgers, chicken sandwiches and fish. At first, I thought this was a mistake on Google Maps. But as I took a closer look at their menu, I noticed that everything (yes, everything) on its traditional menu could be made into a vegan dish.

It offers plant-based burger patties, vegan chicken sandwiches, fish, and even calamari. The cheese and aioli sauces were vegan as well. In the past, it was a struggle to find vegan dishes in traditional restaurants that were anything other than salads and chips. Now, I’m glad that the social aspect of dining at restaurants is not lost for me because I can now share similar dishes with my non-vegan friends.

Veda in Freshwater shifts towards sustainability

In the small community of Freshwater, Australia, Veda is an organic cafe and grocer that provides its staff with the ability to create new vegan options for customers. In addition to this, this cafe is doing its best to find new and innovative ways to make its business as sustainable as possible.

The owner Chris Hayward is leading by example when it comes to his belief that sustainability is needed in the hospitality industry. To begin this approach, he made the decision to use takeaway coffee cups made out of sugarcane plant pulp. While the choice to go with plastic cups would have been a lot cheaper for him, he feels that it is his duty to care and make a positive impact on the environment.

Even the leftover fruit pulp from its cold press juices are not going to waste. Instead of disposing of it, like most restaurants do, this pulp gets reused and is an ingredient in their cakes. Finally, the leftover grounds from coffee shots are used to make coffee-flavoured kombucha through a brand Hayward’s cousin is creating. As many things as possible get passed on, minimising waste in the process.

In the future, Chris and his team will look into getting compost for all the food waste, create a little herb garden, and make their own nut milks to reduce the need for containers.

To cater to the growing demand for vegan foods in the area, this business is very open about making things plant-based and suited to as many people as possible. While the establishment is 80% to 90% vegan, one of his chefs there is vegan and she has the freedom and flexibility to come up with new vegan options, including many desserts and cakes.

This makes Veda a regular stop for vegans in the area, despite not advertising themselves as a vegan business.

In the past, another problem many of us faced while going out to traditional restaurants is that our options were extremely limited when they added only one or two dishes that cater to vegans. In these instances, it seemed like the food options were thrown together on the menu with minimal effort and I always felt like I had to settle for less.

To combat this, Freshie Mex has a dedicated menu that is 100% vegan. Instead of a one-for-one menu where everything can be vegan, it took its top dishes (burritos, bowls, nachos, enchiladas) and created vegan versions of those.

I was pleasantly surprised to hear that its $5 taco specials even applied to the vegan section of the menu, where most places charge extra for that.

The way it sets up its menu is crafty too. With the vegan menu placed directly in the centre of everything else on the menu, it really has veganism stand out to its customers and, hopefully, some omnivores will see this at first glance and make the decision to eat plant-based for this meal. It’s cool how Freshie Mex does that.

With multiple top-quality dishes on the menu, it’s nice to know that I can go there with non-vegan friends and family and feel confident that I’m going to enjoy my meal.

It’s really amazing not only to see more vegan restaurants open up throughout the world today, but to see different themes to these restaurants that appeal to all types of customers.

If you’re ever visiting Sydney in the future, here is a list of various types of vegan restaurants for you to enjoy.

Lord of the Fries

A post shared by Lord of the Fries (@lordofthefries1)

This is where you’ll find delicious and fried foods. Whether you’re craving vegan burgers, nuggets, hot dogs, onion rings or a peanut butter, jam and bacon beyond burger, your taste buds will surely not be disappointed at Lord of the Fries.

Gigi Pizzeria is responsible for delivering traditional Italian flavours to the street. Its woodfired pizzas, inspired by the original Neopolitan version, and calzones are plant-based to align with its ethics.

Don’t let the name fool you, everything in Suzy Spoon’s Vegetarian Butcher shop is 100% vegan. Located at 397 King Street, Newtown, you can pop in and pick up a range of vegan items, including cold cuts, sausages, cheeses, or fish. It even delivers to surrounding areas via its online store.

While many places roll out vegan options to fulfil the market demand, I’ve discovered the special magic that happens whenever a restaurant is opened with a genuine effort to cater to vegan customers. The overwhelming amount of support from the community really helps these businesses thrive.

It’s great to see the unique ways restaurants are adapting to the growth of the vegan and plant-based movement. As a consumer, I’m more than willing to support products that are 100% vegan regardless of where they come from, because that’s what is needed to keep those menu items open for others to try.

Andrew Alexander
Since 2011, Andrew has been a marketer helping vegan-friendly businesses launch their brands into the marketplace. In 2017, he started his own business, VeganHealthPack.com, which encourages people to be more aware of the effects food has on their health. In his free time, he enjoys going on day hikes, eating at new restaurants, scuba diving, and backpacking through other countries. As a side project, he is filming a documentary called Creating a Vegan World which outlines the work we are doing behind the scenes of the plant-based movement.
Previous articleCultured meat to hit UK menus by 2023, says cell-based startup Ivy Farm
Next articleWhy do people get angry towards vegans?