The 6 Best Non-Dairy Alternatives For Milk 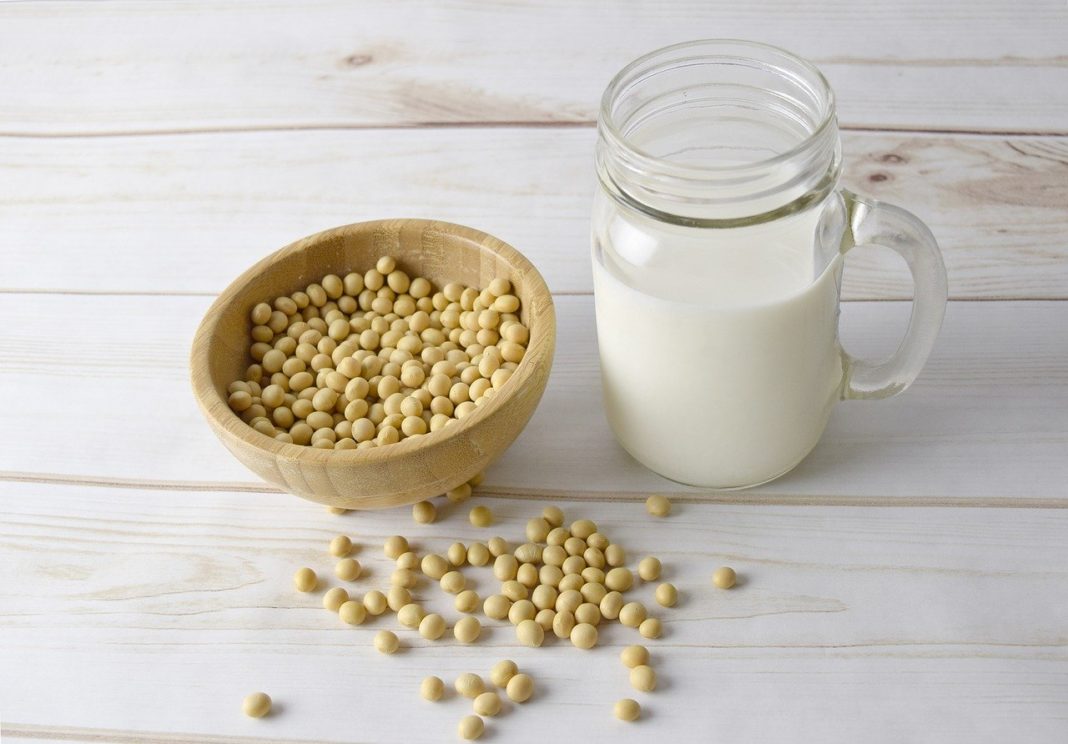 When choosing to go plant-based, arguably one of the most difficult adjustments is finding the right non-dairy alternatives for milk. Non-dairy alternatives have seen an increase over the years with around one in five households in the U.K. opting for dairy-free milk. Market experts predict that by 2025, the total value for non-dairy substitutes for milk will be  $29.6billion (USD).
With more and more people switching to plant-based diets, we took a look at the most popular types of dairy milk alternatives and their nutritional values.

Soy milk has the most balanced nutritional profile and is free of cholesterol. It’s low in saturated fat and is comparable to cow’s milk in its high protein content. It contains all the essential amino acids and is also fortified with calcium. It also contains natural antioxidants called isoflavones that are linked with a reduced risk of heart disease.

Soy can also be beneficial because of its phytoestrogens for women during and after menopause. Phytoestrogens resemble the activity of estrogen in the body. However, people may process phytoestrogens differently and so it’s crucial to check with your doctor and keep aware of any bodily changes while drinking it.

Coconut milk is one of the most popular alternatives. It’s naturally low in sugars and calories. It contains more saturated fat than any other milk. It’s rich in lactic acid that is considered great for brain development, it can be found in the saturated fat of coconut milk. Coconut milk is usually fortified with calcium, B12 and vitamin D.

Almond milk is low in fat, protein and calories and that’s why it shouldn’t be used as a substitute for babies. It’s also fortified with calcium and vitamins D, E, B2 and B12. So, it’s still a good alternative for adults.

Rice milk it’s not the best substitute for cooking because of its watery and thin structure. But it contains almost no saturated fat and a lot of carbohydrates, which are good for energy. It’s higher in sugars than other milk alternatives. Rice milk is fortified with calcium and vitamin B12.

It contains low levels of arsenic, which is not a problem for adults, but it’s not recommended for children according to the Food Standards Agency.

Oat milk is a good source of fibre, especially beta-glucan, which is a type of fibre connected to healthy blood sugar and cholesterol levels. It’s relatively low in protein but fortified with calcium and sometimes vitamins D, B2 and B12.

It can also be used as a milk alternative for children from the age of two.

*check out our Oatly feature for a full range of oat milk products. Oatly is considered one of the most popular non-dairy alternatives for milk.

Pea milk, derived from pea protein, is one of the new milk replacements on the market. It has the same levels of protein and fat as cow’s milk. It’s also higher in calcium than cow’s milk. Most brands fortify it with additives like sunflower oils, which results in additional nutrients like omega-3 fatty acids.

Big brands fortify plant-based milk with all sorts of vitamins and nutrients. Milk alternatives also contain a lot of beneficial ingredients naturally. It is advised to shake the carton before drinking as some of the nutrients can lay at the bottom. This way you can still maintain a healthy diet even if you switch to a plant-based alternative.

Diana Buntajova
Diana is always looking for the environmental aspect of every story. She is interested in health and lifestyle, hoping to point to issues that are often overseen. Diana has explored topics including B-12 deficiency in the vegan diet, fears about exotic skin farms sparking another pandemic, and the Oreo controversy. Currently studying Journalism at City University of London, she enjoys everything to do with visuals especially photography. Creative and detail-oriented in both her visual and written work. On a mission to find the best vegan cheese and can't resist beyond meat burgers.
Previous articleTop 5 Vegan YouTubers To Help Entertain You During Self-Isolation
Next articleTop-5 Vegan Date Locations In London