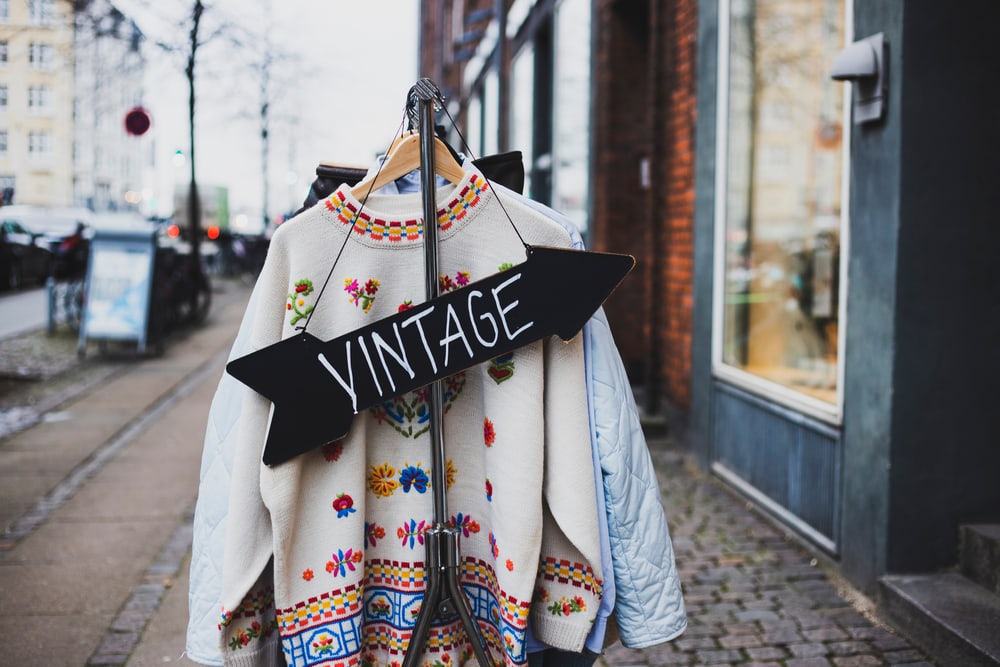 An interesting suggestion was made to me this week: that secondhand clothing doesn’t have to be vegan, because the material is being given new life and sustainable practices come first. Hmm.

I’m always open to a well-mannered (and sometimes less polite) debate, and when it involves not one but two things I’m deeply passionate about, so much the better. That’s why, when it was put to me that I could buy a trashy pair of vintage leather cowboy boots that popped up on eBay (don’t judge, we all have our vices), I needed to know more.

My duelling partner suggested that as the boots I had found were at least 40 years old, any guilt that the leather contained had been purged, through extensive wear by many owners and that as each ownership began, they became something greater than simply footwear made from animals. EVen if they weren’t made from vegan leather, they were now icons of sustainable shopping practices that directly affected demand for fast fashion, and the same could be said for any old, secondhand clothing that was still wearable.

Those itchy wool jumpers that look great with a French tuck and some mum jeans? Apparently, I shouldn’t feel guilty about wanting one. Vintage silk dresses that drape and skim? All on the table, if my debating partner is to be believed. In essence, every animal-based piece of clothing can be bought and worn by all vegans, even ethical ones, if it means that new items are made in fewer numbers and landfill waste is significantly reduced by buying secondhand.

Read our article about how fast fashion is out of vogue. 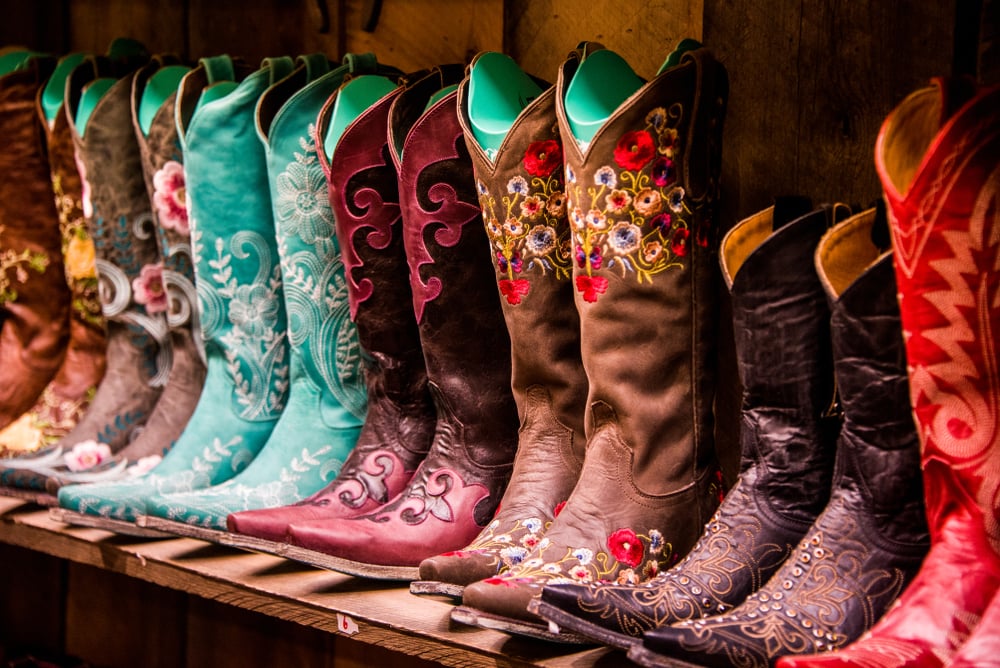 I had every intention of remaining calm and open to a different opinion, but I have to confess that the more I was expected to listen to definitions of ‘personal veganism’, the less inclined I was to respond objectively. I’ve been put in this position before, with someone explaining that their version of veganism includes eating eggs their own chickens lay as well as consuming roadkill. I hate to draw a comparison, but to my ears, it did seem very similar.

Some would say that veganism isn’t black and white and that there are shades of grey that leave room for personal interpretation, with honey consumption being the most widely recognised example of this. For me, I think veganism is black and white: if it came from, was made by or with animals or any of their parts, it is not vegan and not for me. But I’m an ethical vegan, so I fully understand that my views might be less flexible than others. Dietary-only vegans might see no harm in wearing leather and that is more than fine for them, but that’s not how things work in my brain.

I ummed and ahhed for a nice way to retort but in the end, I’m afraid I gave in to my normal approach and just shrugged, saying: “I totally get it, and I love that the sustainable motivation is key but if it’s leather, wool, suede, silk or whatever, it simply isn’t vegan. It is still made from animals, some creatures that were alive before I was born. That doesn’t change.”

My friend is a passionate clothing advocate, striving to create awareness around landfill and fast-fashion practices, which I respect in their entirety. She calls herself a vegan but wears vintage leather jackets and here we disagree, but we did reach a point of common ground: we both agree that buying new should be the exception, not the rule.

I love a charity shop rummage (or a chazza bimble, as I call them), Covid-restrictions allowing. I’m also always keen to drag friends along to vintage kilo sales and can often be found scouring eBay for weird and wonderful retro pieces and sure, I’m often disappointed when something turns out to be animal-based, but it’s a quick stab of upset that goes away when I find something I can buy guilt-free.

In the last year, I would estimate that out of all the clothes I’ve bought, maybe 5% have been brand new, because pre-loved is better for the environment, cheaper and I love the pieces that arrive with a little story attached to them. I actually just snagged a stunning boho wedding dress, for when my husband and I have another wedding party in a few years and the note that came with it told me all about how the last wearer was a daughter whose mother originally bought the dress from Carnaby Street. I mean, come on. Cry? I nearly had to use the dress as a handkerchief.

Underwear is still something most of us prefer to buy new, so check out its vegan options. 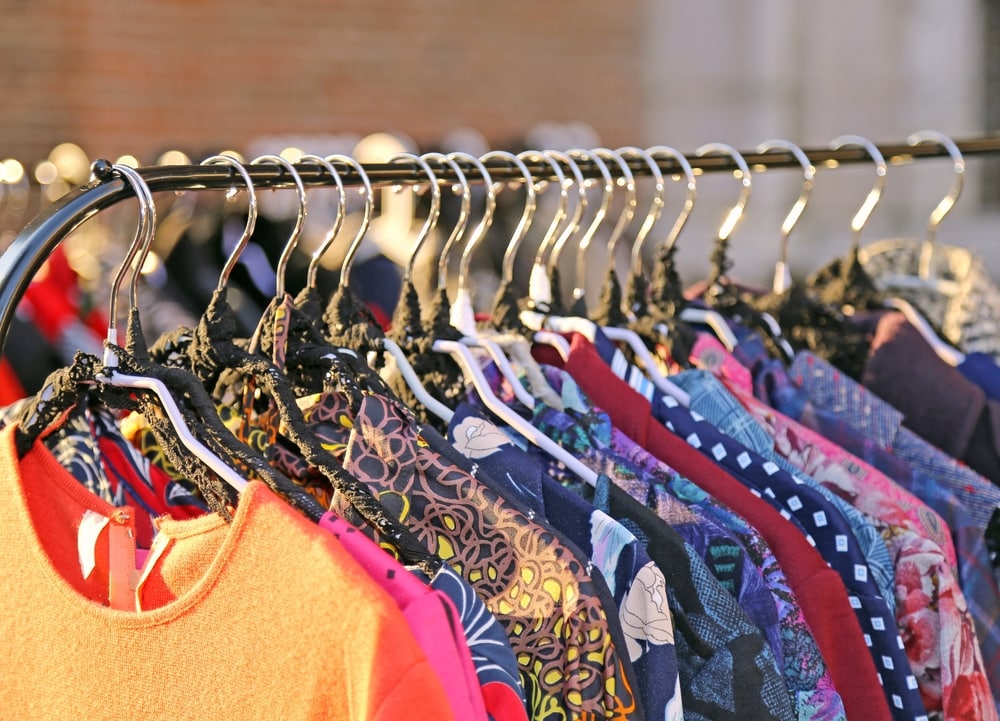 My friend understood why I couldn’t go against my ethics to buy the boots. She was also really happy that we have the same sized feet, because she did snap them up. I’m not entirely sure how I feel about this twist in the tale, but I can say that as I sit here, barefoot, it feels good to know that some pretty boots found a loving home for the next chapter of their life and that my morals didn’t give way to my penchant for old peculiar footwear.

Amy Buxton
Amy is a committed ethical vegan, raising a next generation compassionate human with her husband and their beloved dog, Boo. A freelance writer with a background in PR, she decided to use the COVID lockdown period to refocus her client base and has come to The Vegan Review as a senior writer and editor, before moving into her external content director role. "What we should be doing is working at the job of life itself" is Amy's mantra, courtesy of Tom from The Good Life.
Previous articleOGGS Aquafaba review: For making and baking
Next articleMy airline promised me a vegan meal — and didn’t have any