The Brokpa tribe: Thousands of years of veganism lost to climate change 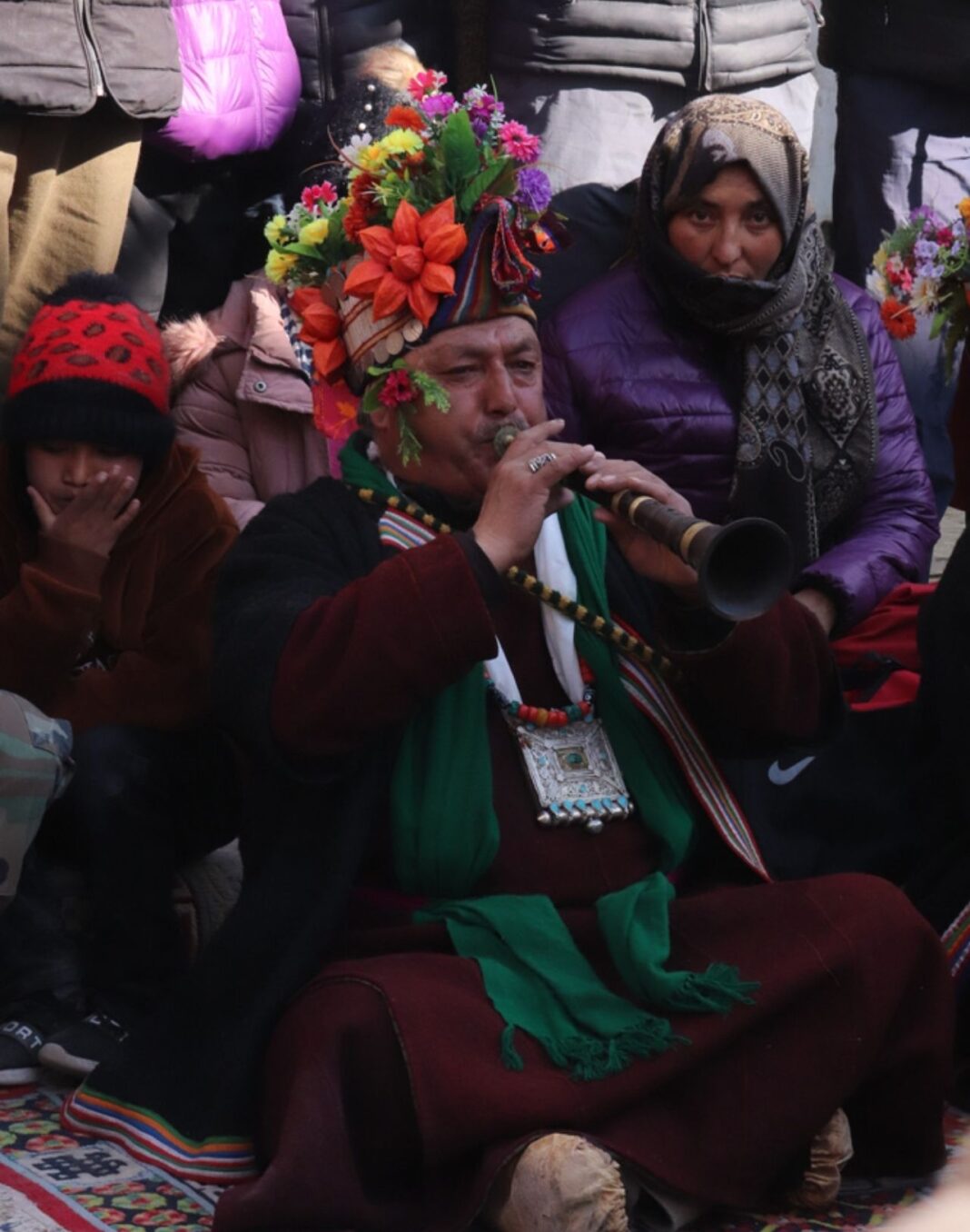 How the Brokpa tribe’s thousands of years of practising veganism are coming to an end due to climate change.

In the rugged inhospitable terrain of the Himalayan foothills lies a fertile valley in Ladakh, India providing sanctuary to the Brokpa tribe. Tashi Namgyal, who served as a teacher in one of the Brokpa villages, told Reach Ladakh Bulletin that the definition of Brokpa is “people moving from place to place with their cattle in search of pasture”.

The transhumant, nomadic Brokpa tribe settled on the slopes high above the Indus river and called themselves “Minaro”, meaning Aryan. They claim to be the direct descendants of Alexander the Great and believe themselves to be pure Aryans, so much so that they have not only kept their stories alive through their traditions, but have also tried to preserve their ancestry and genetic uniqueness by forgoing relationships with individuals outside the tribe by way of kinship and marriage.

The tribe has another fascinating tradition: a heritage of thousands of years of veganism. There is conflicting information about the exact number of years, but it is believed to be between 2000 and 5000 years.

Concentrated in the Dras-Batalik region of Kashmir, they inhabit a handful of villages: Dha, Beama, Hanu, Garkon and Darchiks. The Brokpas grow and consume potatoes, barley, apricots, apples and wheat. They eat three meals a day: choalu unis, beali and rata unis, which are breakfast, lunch and dinner. According to PETA, jo (barley) is one of their staple foods, and a traditional Brokpa meal includes wild mint, roti, lettuce leaves, roasted potatoes, boiled cauliflower and spring onions.

The earth and nature are seen as pure by the Brokpa people and the consumption of fruits, vegetables and herbs grown from the earth is similarly considered pure. As a result, the practice of veganism is seen as a symbol of purity, a concept held in high regard amongst the Brokpas both racially and in their diet.

This perspective on purity and its impact on their diet is largely influenced by their religion. The Brokpas are largely Buddhist and, as a result, subscribe to philosophies such as ahimsa (non- violence), showing compassion towards animals and being content with a simple life.

Dr Veena Bhasin, an ecological anthropologist who has spent time with and studied the Brokpa tribe, says: “They do not consume poultry as well as cow products. For them, this has less to do with veganism as a concept but everything to do with their religious beliefs. Much like how Islam and Hinduism dictate that the followers of these religions should not consume pork and beef, the Brokpa’s religion dictates that they avoid meat.”

Unfortunately, this longstanding tradition of veganism has been disrupted by climate change. Climate change is a recognised global phenomenon and its impacts have forced severe lifestyle changes on the Brokpa tribe. Nima Tsering of the Beama village told Business Standard: “Days are becoming hot, rivers are becoming fierce and winters are not cold like before.”

The Himalayas and the surrounding regions, including the home of the Brokpa tribe, are mostly impacted by global warming due to their geological fragility and unforgiving location. Although the rise in temperatures has provided the Brokpas with the ability to diversify their cultivations to include plums, grapes, tomatoes, beans, cherries and peas, the life at 15,000 ft on steep mountainsides has grown increasingly challenging.

Global warming is posing a great threat to the tribe’s economic stability as well. The Hindu Business Line mentions how torrential rains and landslides in 2015 caused large boulders to fall into the Indus river. This caused the river to overflow onto the Brokpa land ultimately destroying villager’s plantations of apricots. Dixit also mentions how the milder winters are creating hospitable environments for crop-destroying pests such as fruit flies, codling moth, yellow rust, and green- and black-headed worms to survive and these pests decimate their crop yields.

Since agro-pastoralism is one of their main sources of income, the Brokpas are unable to make a decent living due to the decreasing yield of crops. The destruction of viable crops has also forced the Brokpas to find other sources of nutrition. Over the years, the tribe of 2000 people has been forced to adapt to the changes taking place around them by incorporating meat and dairy products into their diets.

The head of Dha village, Tsering Namjial told Business Standard: “We have had to shift to an alternative lifestyle, not exactly what the Brokpa once used to be. People also consume meat. Some old folks still avoid this, but eggs, meat and milk are on the menu.” 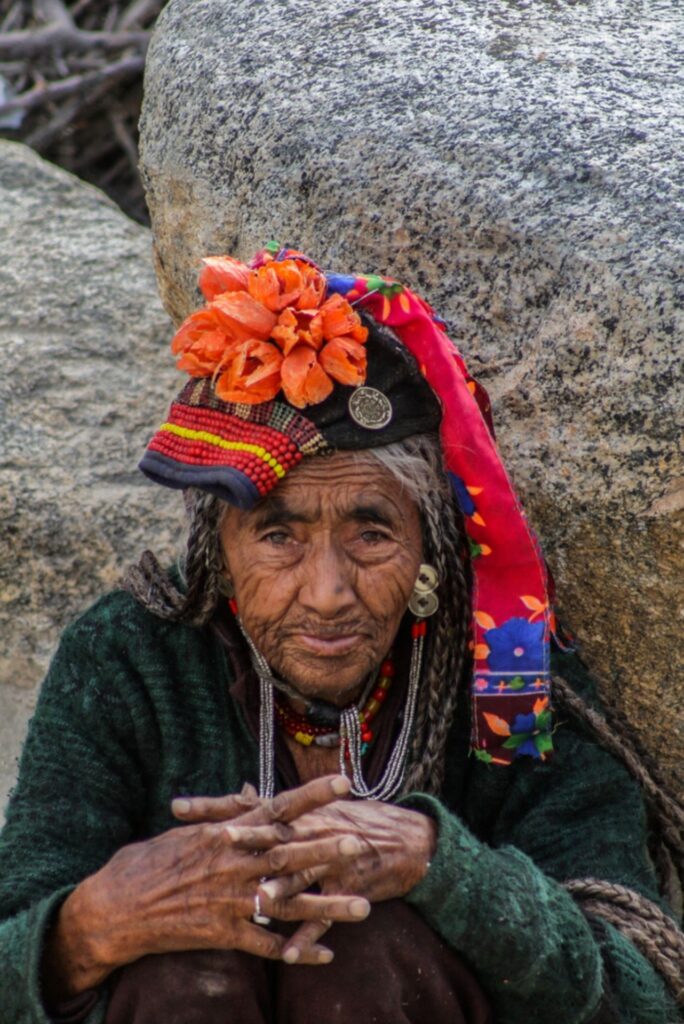 Rapid urbanisation, mass migration and the boom in the tourism industry are other key drivers in the adoption of a non-vegan lifestyle in the Brokpa tribe. The once isolated tribe is now constantly surrounded by culturally diverse and inquisitive bloggers, tourists and scholars, which unavoidably leads to cultural exchanges between the tribe and their visitors. They are experiencing the inevitable cultural amalgamation resulting from interactions with people outside of their own locale. This, coupled with the consequences of global warming, has created fears that the Brokpa tribe may lose more aspects of their culture just as they have veganism.

The decision to consume non-vegan food was undoubtedly a difficult one for the Brokpa Tribe. By incorporating meat and dairy into their diets, the tribe essentially moved away from thousands of years of tradition. However, given their situation, they viewed it as a necessary change for survival. For those of us who are not part of the Brokpa tribe or the numerous communities living in these regions of the Himalayas, the story of the Brokpas serves as a testament to our impact on the world; whether indirectly by contributing to climate change or directly by engaging in community-based tourism and visiting these remote communities and villages.

Sunayana Samantaray
Previous articleHere are the finalists for the World Plant-Based Awards 2020
Next articleSHU GUM: The sustainable and vegan solution to cleaning your shoes