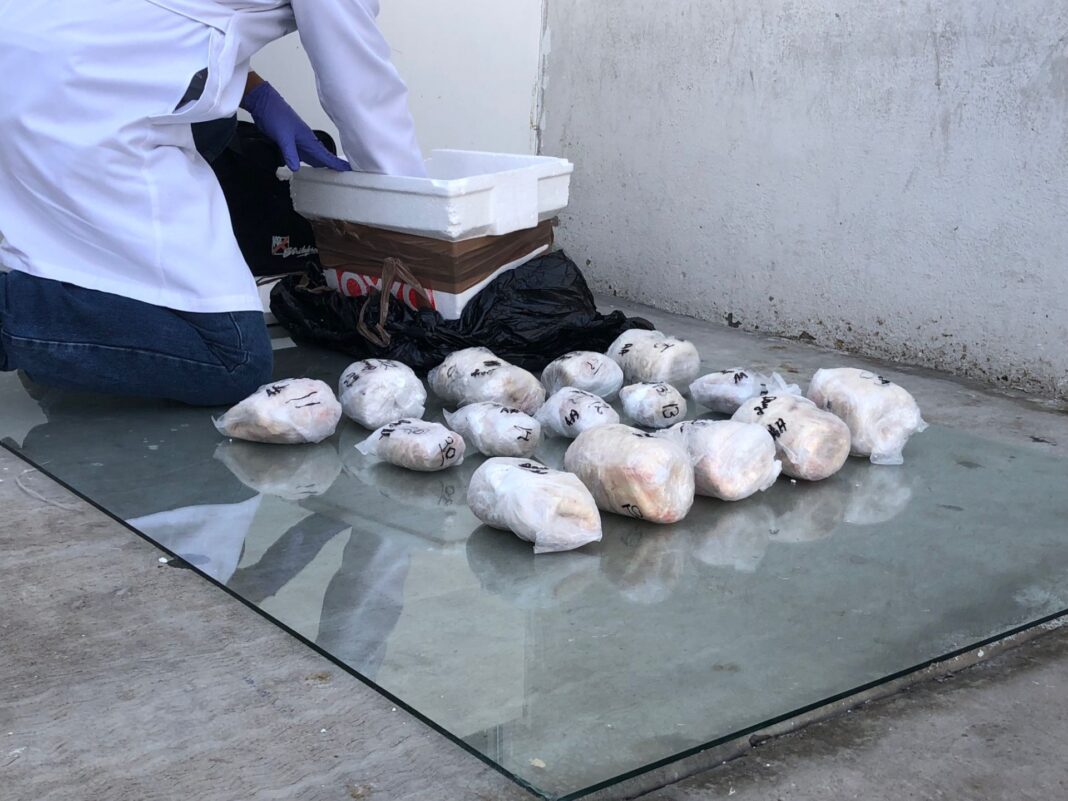 Seeing conservation as an elitist profession only the prosperous could enter, Harry Wright founded The Conservation Project International, turning the young and disadvantaged into tomorrow’s environmental leaders.

“It’s all very doom and gloom; what’s lacking in the conservation sector is some elements of hope,” says Harry Wright, founder of The Conservation Project International (TCPI). Founded in 2016, the platform is designed to support and guide young conservationists and future green leaders. Its latest project is a two-day hackathon seeking a solution to the critically endangered vaquita.

Growing up, Wright says he was always interested in biodiversity and the environment. But it wasn’t until he reached university, with friends studying marine biology or zoology struggling to find a job in conservation after graduating, that he found his true calling.

“The conservation sector is about 50 years behind most other sectors,” he says. “But with this emerging green sector, it’s vital we help young people find the skills they need, especially in the pre-development stage.”

2020 has seen an eruption in political engagement; young people are more active than ever before, particularly when it comes to climate change. And TCPI strives to break down the barriers young people face, so they can be a part of the bigger solution. “Time is rapidly running out for many of our planet’s most amazing creatures. I am hopeful we can turn the corner and reverse the callous destruction to our natural world,” adds Wright.

Since the platform’s inception four years ago, the entrepreneur has been working full-time completely for free. So have his 40 team members. TCPI welcomes all ages, from 18 to 35, and is working in partnership with the University of Oxford, the University of Plymouth and St Louis University. While its projects particularly focus on species endangerment, its work covers the oceans and climate change too.

Wright says the world is facing the most catastrophic loss in global biodiversity ever, with a 68% drop in wildlife since 1970. He believes human beings have let the animal kingdom down.

“The human race’s greed, corruption, and lack of ingenuity have really caused huge damage to the natural world,” he says. While bans and laws have been put in place to avert this level of loss from continuing, Wright explains it isn’t as simple as that.

“It’s not just a conservation story; it’s a criminal story, a story about how the conservation sector has absolutely failed in protecting a magical species.” With over 100 million dollars spent in conservation efforts over the past 10 years to find and stop fishermen from hunting the totoaba, this still hasn’t stopped the rapid fall in vaquita numbers. Though this species was only discovered in the 1980s, by 1997, only 550 existed. Today, this number has dropped to 10.

Wright says the first step to reversing the endangerment of animals is to solve the criminality behind wildlife trafficking. This entails getting governments to arrest trafficking gangs, one of the plans TCPI is hoping to put in place soon. “We want to build a synergy between wildlife trafficking and conservation, and the private sector,” the TCPI founder says. “Because if we lose the vaquita, what hope do we have in saving other species?”

The vaquita is a small porpoise found solely in Mexico’s Gulf of California, or the Cortez sea, and is currently the world’s rarest marine mammal. The totoaba, whose bladder is a delicacy in Asia, is fished in large fishing nets in this gulf, and is the main reason for the rapid decline in vaquita numbers who constantly get caught in the nets. Despite this fishing being illegal since 1975, totoaba fish are a popular target for Mexican cartels. 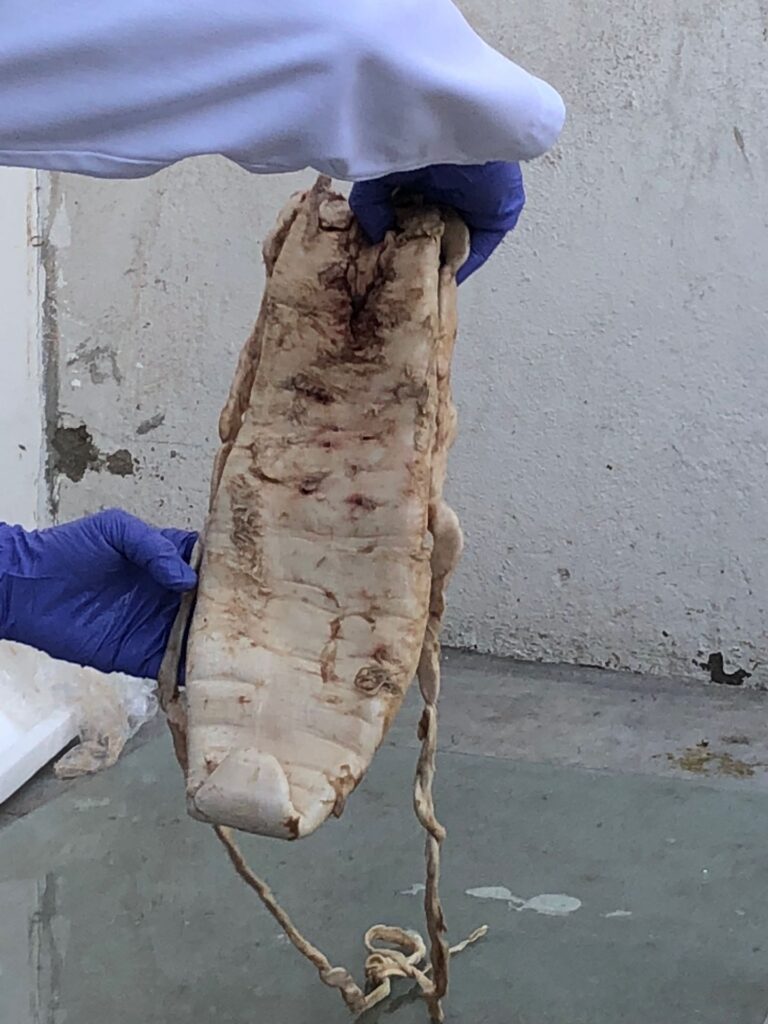 Wright was long aware of the vaquita. But it wasn’t until he watched The Sea of Shadows, featuring Earth League International executive director Andrea Crosta’s work, when he felt inspired to find a solution. A trained lawyer, specialising in social entrepreneurship, Wright decided to launch a hackathon calling all young conservationists to find solutions in the legal and AI worlds, and save the vaquita from extinction.

The hackathon, held in partnership with Earth Hacks, Earth League International and the Countering Wildlife Trafficking Institute, will be virtually held on December 12 and 13, and is open to students and early career conservationists worldwide. Applications opened on October 22, and in order to work as intensively as possible in those 48 hours, TCPI asks that all applicants have experience in computer software engineering or data analytics. Microsoft is offering $20,000 as a reward for the most outstanding solutions, but all solutions will have a direct impact on international conservation efforts.

Sanjana Paul, executive director of Earth Hacks says: “While complex problems can’t be solved in a weekend, producing working solutions to specific smaller facets is feasible.” Wright adds that the learning curves experienced during the hackathon will not only help the vaquita, but they will be applicable in solving other wildlife trafficking cases too.

TCPI hopes to obtain solutions in three different categories: law, AI, and public affairs. It hopes to tease out gaps in legal thinking, asking why wildlife crime lords have gotten away with things for so long, and how come prosecutions rates are so low in Mexico.

In science and data analysis, TCPI has been working with the Countering Wildlife Trafficking Institute and ESRI to develop a map that will provide key points in tracking down wildlife gangs. After the hackathon, it hopes it will be able to pinpoint exact locations where transactions are happening. Wright says he additionally hopes the young conservationists will be able to develop an AI translation tool, to help speed up translation from Mandarin, to Spanish, to English.

To get the wider society involved, the hackathon will look to create a vaquita chat box informing the general public of the extent of the crisis. It will also be generating social media campaigns, lowering demand for the totoaba in China and Hong Kong. Most importantly, Wright says: “We want to bring this issue back to the mainstream and raise as much awareness as possible.”

Funding this event is taking everything the team has got. Virtually, 11 members of TCPI will be swimming, cycling, sailing, running, walking, or even rollerblading the length of the sea of Cortez — which is 2800km long. He says these funds are not only necessary for general hackathon expenses, but to scale up any future projects.

“You wouldn’t find a sector like the conservation one, where everyone works for free,” he says, smiling. “We’re doing all this amazing work and none of us are getting paid for it. So we need to look at new ways of bringing in revenue. It’s a tough job.”

Cornwall, Ischia and the whale orchestra

Aside from saving the vaquita, TCPI is engaged in a number of other projects, also involving marine animals. It has now sent over 40 young conservationists to Cornwall, where marine biologist Andrea Gaion takes tours out to look at local blue sharks and study their genetic samples. The project looks at the effects of microplastics and chemicals on blue sharks in this region.

In Ischia, an island off the coast of Southern Italy, captain Angelo has been taking conservationists out on a 70-year-old boat to analyse the five species of cetacean that inhabit their sea. Wright met Angelo whilst on holiday there, and TCPI has since developed a strong bond with the people of Ischia, with almost 30 of its conservationists having participated in their project.

In 2021, TCPI will launch two new exciting projects. The first is a mentoring programme giving students and disadvantaged young people one-to-one and group mentoring in the conservation sector.

Its other project focuses on whale point, British Columbia: a critical hotspot for humpback whales and killer whales, under threat by a gas pipeline. The plan is to use acoustic data, collected from humpback whales, the heartbeat of fin whales, and orcas and to translate them into a classical music piece. The beauty of underwater sounds will be used as a call for help for these endangered species.

TCPI is on a mission to make conservation mainstream, including getting to a point where the organisation is able to pay its staff. Inundated with requests from conservationists about how they can get a job, Wright hopes he will also have impacted thousands of young lives by the height of his career. But he stresses the importance of international cooperation, especially in the geo sector — one of the main motivations behind the hackathon. While he is hopeful, especially with Microsoft onboard with the hackathon, he hopes change starts to occur at a faster pace.

“I really hope in five years’ time we’re not doing the same things we’ve been doing for the last 50,” Wright says. “I hope we’re actually helping the future scientists find the experience to become future leaders.”

Olivia Rafferty
Olivia is the Assistant Editor of The Vegan Review. An aspiring Middle Eastern correspondent currently studying journalism at City, University of London, she is passionate about the planet, she believes veganism is the first step to solving the complexities of climate change.
Previous articleWorld Vegan Month: Being plant-based in Lebanon
Next articleIs TikToker Freelee The Banana Girl promoting vegan extremism?