How The Ethical Dairy aims to transform a dated industry The Ethical Dairy’s David Finlay presents a middle ground for dairy farmers. But a former dairy farmer explains why ‘ethical’ and ‘dairy’ still can’t appear in the same sentence.

“My move away from my belief system to one diametrically opposed to it was seen by my community as the deepest of treacheries,” says David Finlay, on when he transitioned away from traditional dairy farming. Based on his upbringing, culture, education and community, his beliefs had been embedded in him since birth. It wasn’t easy to go back on them. “I believed that our modern food production system was based on good science and solid factual data.”

The farmer-vegan argument has long been exhausted by the media. The communities moved on from all the extremists, but the arguments continue. Many farmers are still pitched against vegans, and vice versa. But Finlay is one of the many voices who’s tired of this argument.

In 2007, he transitioned from traditional dairy farming to The Ethical Dairy. His mothers and calves are together 24 hours a day for the first two months, after which they only separate them at night.

Dairy farmer-turned-vegan-activist Jackie Norman commends the reduction of the “usual and most frequent and extreme suffering of cows”. She says: “Were I not vegan, but still a ‘conscious’ or ‘eco-friendly’ consumer, I would absolutely prefer to get my cheese or ice cream from somewhere like this.”

“We want to demonstrate that this model of farming can deliver adequate amounts of healthy, affordable profitability,” the farmer says, “without trashing the Earth and with compassion for the animals and people.” By giving the cows more of a say in their lives, and completely removing any use of chemical fertilisers, Finlay is a pioneer in this dated industry.

Norman praises the way they keep the mothers with their calves for a lot longer than the norm. “Cows and calves are creatures of routine. They take comfort in that and they’re smart too,” she says.

Finlay didn’t have an easy journey. Three months in, after spending over £200,000 on facilities for the calves alone, the farm witnessed a range of disease issues, losing many calves too. Then, his herdsman left. Today, the farm has half the milk and a lot more cows, but Finlay wouldn’t go back even if he had the chance to.

“The old dairy was unfit for purpose,” he explains. From inside the barn, he greets the cows, smiling. They are standing in what looks like cliques, a few of them mooing, but all of them as still as statues.

“The way they describe the calves’ behaviour, that they choose to ‘hang out with their mates’ from a young age, is also accurate,” highlights Norman. “They really are like [human] teenagers and their peers are a lot cooler than mum.”

The website states that the farm is not “no slaughter” and directs customers to other more ethical products. Norman adds that The Ethical Dairy could also play a valuable middleman in encouraging people away from regular, supermarket dairy products to explore other options, including plant-based milks and reducing the demand for more cruelty-laden, mass brands.

Up ahead, one of Finlay’s cows is rubbing her back against a robotic brush. It works for about 30 seconds and then the cow has to leave and return to start it again. “They learn very quickly,” he says, laughing.

The farmer demonstrates his tandem parlour, where the cows come to stand alongside each other to get milked. Each in their own slot, they can choose as and when they want to be milked, while they eat. The method lowers anxiety levels, as they can see everything that’s going on.

The Ethical Dairy also prides itself on chemical-free farming methods. Until 2007, Finlay was applying over a hundred tons of fertilisers and thousands of gallons of pesticides polluting the air, soil, water, crops and animals around him. “That is Earth-shattering,” he says.

The farm grows perennial ryegrass bays and herbage crops, full of natural herbs and legumes and wild grasses. Based in Scotland, outdoors is inhospitable for over six months of the year. His objective is to prove that The Ethical Dairy can produce food, even on this land, which he says is “basically just rock and a bit of soil”.

His anaerobic digester takes the farm’s slurry, urine, dirty water, silage and inedible organic matter, and powers most of the farm. It has made the land and crops respond in a much more productive way. 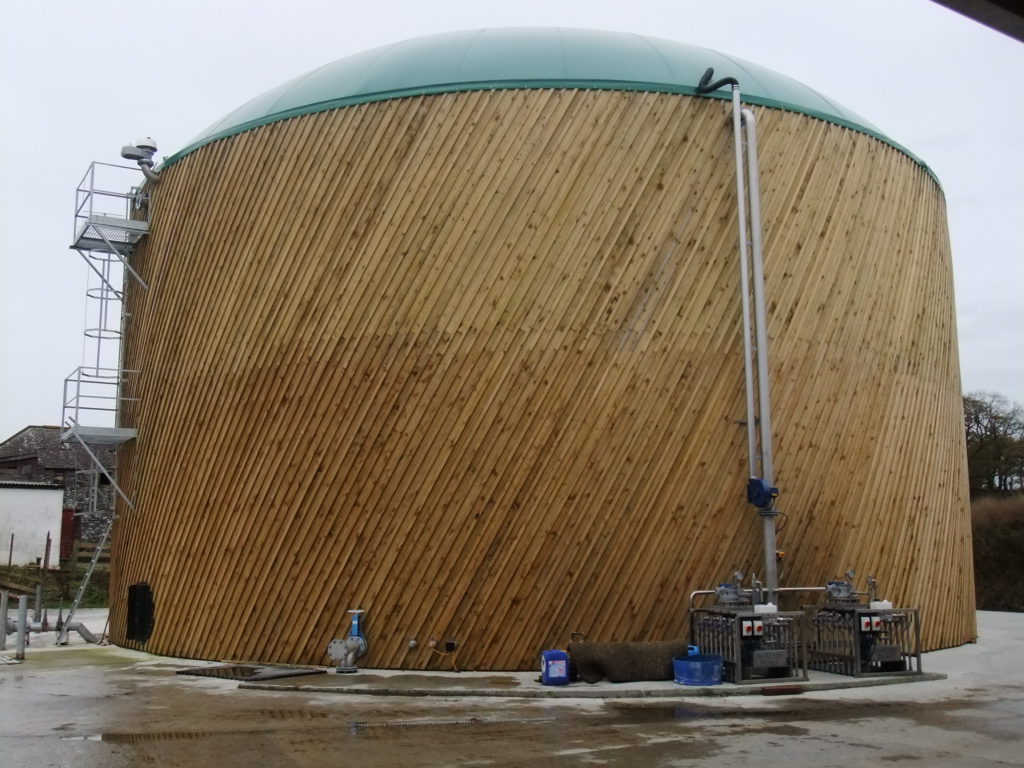 While Norman acknowledges this, she doesn’t believe “The Ethical Dairy” is the right name for his farm. She defines ethics: “Avoiding activities or organisations that do harm to people or the environment.” Adding: “‘A Lot Better Dairy Than Usual’ would be more accurate.”

The Ethical Dairy’s Morning Milking Experience also goes against the principles of ethics. Norman describes it as a tourist attraction of something that goes against nature.

“It teaches adults and children that cow’s milk is meant for humans as well as calves and that it’s okay to take the secretions of another species from them in a way that is beyond their control,” she adds. One question she couldn’t answer was how the cows get in calf — that is get pregnant. Without having this answer, it’s impossible to know if their procedures are ethical.

But as a former dairy farmer, Norman understands the difficulties of transitioning away from decades of a certain system.

“They recognise the reality of life and death for cows and calves,” says Norman. “It’s about as good a system as it can get.”

Olivia Rafferty
Olivia is the Assistant Editor of The Vegan Review. An aspiring Middle Eastern correspondent currently studying journalism at City, University of London, she is passionate about the planet, she believes veganism is the first step to solving the complexities of climate change.
Previous articleEat Just raises $200 million in latest funding round
Next articleAlt-protein growth means Europe and US could reach ‘peak meat’ by 2025