The father-daughter duo behind the creativity of the’artyvegan 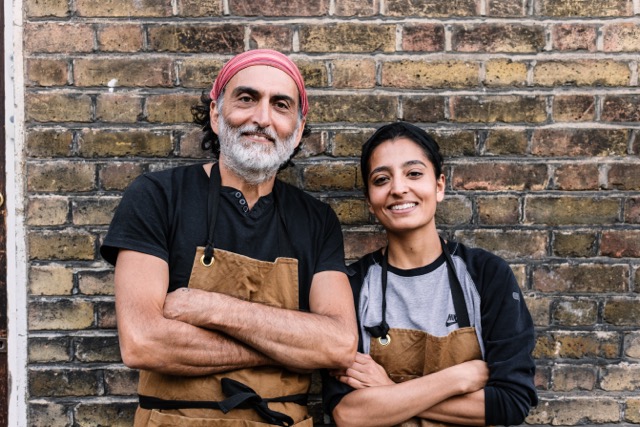 The father-daughter team of the’artyvegan is taking homemade vegan cuisine to the next level, bringing eco-conscious family recipes to the nation.

Many vegan businesses have structured plans, but spontaneity and familial bonds are at the core of the’artyvegan, which Maurelio and Ellora Torchia started two years ago. Their deli is vegan and sustainable, from the bean that they use in their recipes, to the packaging of their final products. With handmade tofu, seitan, bread and an array of cheeses, the duo have crafted popular products in-store at their deli and online, but the story behind it all is truly what is captivating about the business.

Their journey stems back to nearly 37 years ago as the father and culinarian Maurelio journeyed the world picking up skills and artistry before the idea of a business even came to mind. Their story curated the building blocks, which aided them to build something so special today.

Maurelio is from the south of Italy and he grew up on cheese and dried meats, whereas his wife, Veena, is from South Africa and of Indian origin. Her life was by the sea and so, she consumed a lot of seafood. “When they met each other, they started talking about their impact and the impact you can have with food. They transitioned from being meat, dairy and fish-eaters to vegetarianism and then veganism,” says Ellora, their daughter and an actress who accidentally helped her father start his business.

“We were all born into this sort of vegan lifestyle,” she adds. The Torchia family is made up of four daughters who have all been vegan since birth (only the eldest was after six months). When Ellora’s parents first fell in love, they decided they wanted to travel the world, as that was their main passion. Her mother was a teacher and her father trained as a chef in Switzerland. “They wanted to live this nomadic, hippie lifestyle where we were just born along the way and we always came back to London as the base.”

As a family, they have lived in Sri Lanka, India, Turkey, Tunisia and Japan, where Maurelio would teach the locals food skills but also learn from them. Living in a remote part of Japan, Maurelio picked up skills from the local housewives and shops to make homemade tofu — the secret behind the growth of the’artyvegan.

Ellora says: “It sort of revolutionised the food at home for us. From this one bean, we were able to just feed ourselves quite cheaply, but also have really nourishing, brilliant home produce. So we grew up with that.”

She reflected on a time in India when she was 12 years old, living in a remote part of town surrounded by a community of farmers. They were creative, using the soybeans to make a vegan Indian version of paneer, which was high in protein. They would also use the fibrous byproduct called okara to create recipes. 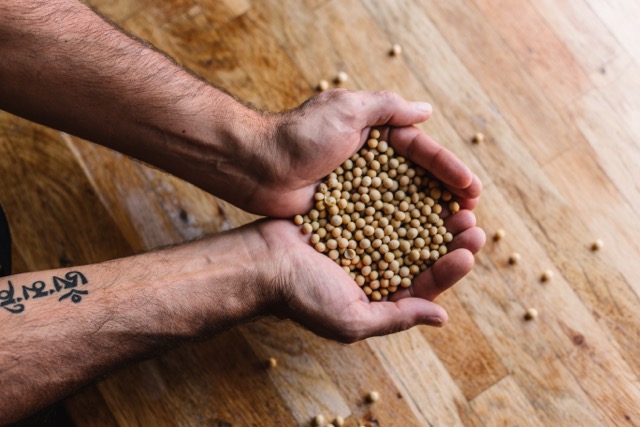 That skill travelled the world with the family, starting with her father making the tofu in their garage in India and eventually coming home to London. However, it was a difficult time when they arrived back in the capital: “As a family, we were homeless. We were still vegan, and a family that was sort of feeding ourselves, but obviously on a very low budget. We spent a lot of time since to get ourselves back on the ladder and rebuid our lives.”

Maurelio, whilst travelling and looking after his daughters, has juggled being an at-home parent and working part-time jobs. Once his youngest daughter turned 18, he wanted to fulfil his dream of working in the food industry. This came with its obstacles, but one Christmas, Ellora set up their Instagram page, and Maurelio began to make his now-famous tofu on a small scale at home.

“It just took off because I think people tasted it and just started realising that shopbought tofu is very different from the sort of handmade, very unprocessed tofu — not only in taste, but also the nutritional value. And so, we started supplying to some zero-waste shops,” Ellora says. She didn’t expect the the’artyvegan to take off in the way it has.

This was just the beginning. Maurelio and Ellora decided to make a business by creating a deli that wasn’t only about making great food, but also focusing on their priority of being environmentally low-impact. They do this by using every single part of the bean. Ellora explains: “We started making bread and granola with this pulp, and there was all this milk everywhere. All of this milk gets turned into the largest eaten food, which is cheese.” 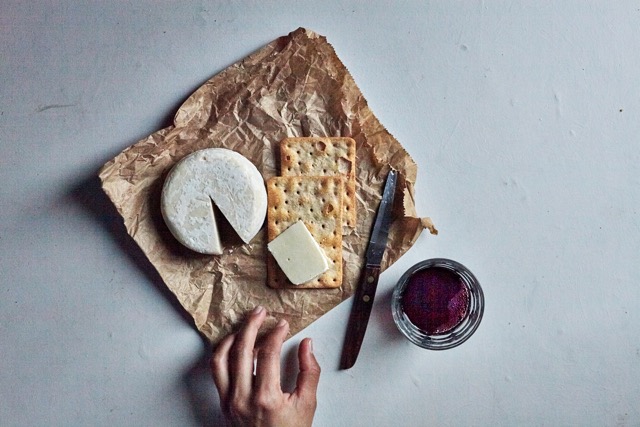 Ellora always expected to set up the Instagram and leave her father to it. However, she takes pride in being able to develop recipes alongside her father but also share her passion for being sustainable and having conversations about waste and how we can improve.

Read our Ultimate Guide to vegan cheese in the UK.

She started experimenting in the kitchen with ingredients she had grown up with, such as tapioca flour. “From the tofu, we ended up with tofu-based cheeses and soy milk cheeses, and so we sort of built up a little range that makes up our range today,” she says. Popular products the’artyvegan sells include its handmade tofu, melty vegan mozzarella, sundried tomato and basil tofu pâté and a zero-waste smoked salmon. It also has delivery options for the cheese range, popular amongst many vegan influencers.

Ellora explains the simple but wholesome meaning behind the name, the’artyvegan: “It sort of came from the fact that what we do is really from the heart, which sounds so cheesy, no pun intended.” Their business isn’t like the ordinary, where there is a plan set in stone for where it will go. Instead, the pair have a we’ll-see-how-it-goes-attitude, because at the core, her father just really enjoys making tofu.

“I’ve never seen somebody be happier with grinding beans. If you have to employ somebody to do what my dad does, they probably would want to quit after two weeks, but he just loves it. So, it’s a passion job, it’s something we do because it comes from the heart.”

Food has always been a virtuosity for the family, and therefore, they want to demonstrate how it can be therapeutic for people whilst also drawing in all of the cultural references from their life of travel. Over the Christmas period, the duo created a cheese called umeboshi, made from Ellora’s love for onigiri, which are rice balls that contain sour plum, a delicacy she would eat whilst living in Japan.

In its entirety, none of it could have been done without each other. “My parents have always been more like friends than parents,” she says, explaining the main reason the business flourishes the way it does. “It’s like having the best business partner you could ask for, because they’re also your family.” The duo tirelessly works together, even packaging boxes at 2am, trusting each other’s ideas and having a dynamic that allows them to succeed — an overall rewarding experience they get to share as a family.

The deli sells only vegan-friendly products, hoping to encourage people who are not vegan to also try the food, making substitutes with products and encouraging them to cut down on meat and dairy consumption for ethical reasons.

“A lot of our customers aren’t vegan. They are just people who eat a whole range of things, but they come back because they think the food is tasty,” says Ellora. Additionally, prior to the pandemic, the duo would hold workshops, teaching people how to make their famous tofu at home. “You get people who come back after a long time. And then they say: ‘Oh, you know, it’s been a year since I’ve done your workshop, I’m still making tofu at home.’ That just makes us so happy.”

Currently, the’artyvegan deli is based in Netil market, and due to its increasing popularity, the duo is opening its second, more expansive location in the next few months. Maurelio and Ellora hope to offer a zero-waste dry goods section as well as condiments and oils, with hopes to expand to an organic grocery section, creating a more diverse shopping experience. “I’m starting to learn how to outsource some of our range so that it’s not just us doing it. I would say that is our next big step,” says the daughter.

She aspires for the business to be more accessible. “We are trying to find that balance between being able to outsource and grow bigger and really keeping true to what we want this product to always be,” she tells me. “We don’t want to lose where we started, ever.”

Check out our interview with BOSH!, the UK’s bestselling vegan authors.

Mansi Vithlani
Mansi Vithlani is a journalism student at City, University of London. A vegetarian her whole life and a massive foodie, she enjoys discovering more about veganism and eating vegan cuisine! She enjoys investigating social media based stories and how its influence has made a significant difference in the last few years.
Previous articleHow Rwanda is leading the way in the fight against the plastic pollution crisis
Next articleCompanies face scrutiny for alleged forced Uyghur labour in China’s Xinjiang region