Love them or hate them? The great PETA debate 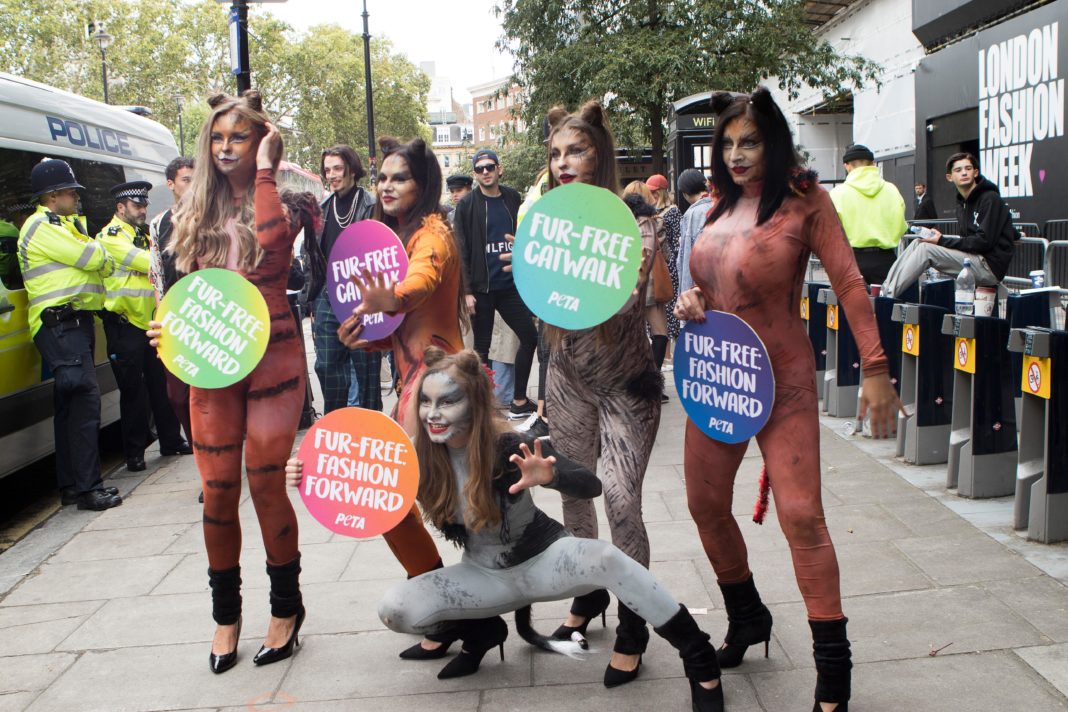 The People for the Ethical Treatment of Animals, also known as PETA, is an animal rights, non-profit organisation based in North America. Founded in 1980 by Ingrid Newkirk and Alex Pacheco, the association has spent its time advocating for the liberation of animals. PETA first and foremost disagrees with speciesism – the idea that being human gives you a great right over animals. It also strives to protect animals in the food, clothing and entertainment industry, and even disagrees with having pets and killing animals that are regarded as ‘pests.’

Its motto is: “Animals are not ours to eat, wear, experiment on, use for entertainment, or abuse in any other way.”

So, you would think that an organisation that focuses on the safeguarding of animals will be highly praised. But actually, they are not that popular, and this is due to a multiple of reasons.

The organisation is renowned for protesting animal rights in many different forms, be it on the streets or through the Internet. But what their protests contain has shocked many viewers. For years PETA has been under fire for what their advertisements contain. For example, their posters do not just include hard-hitting facts about the animal industry, but they also sometimes feature nudity, gore and actual animal carcasses. Such advertisements have been deemed as offensive and grotesque, with critics saying that they ‘cross the line into vulgarity’. Their live demonstrations also never fail to shock onlookers with the occasional blood, a lot of nudity and graphic placards. Some of the PETA’s advertising has been classes so graphic that they are banned, such as their poster featuring a baby smoking a cigar, to link eating meat to cancer. 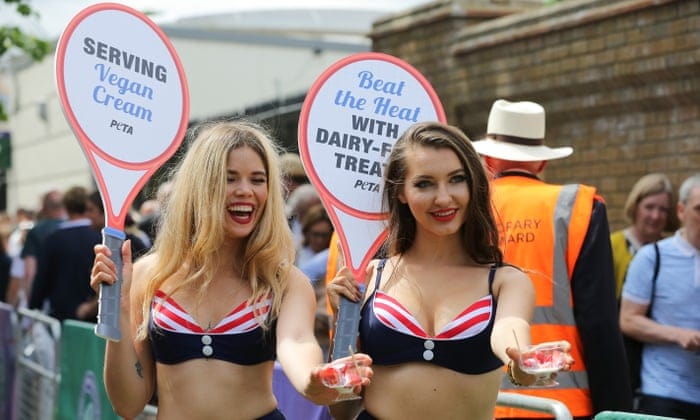 Their marketing has also been accused of objectifying women and being sexist. Examples include comparing women to animal meat with their infamous ‘hooked on meat’ poster, featuring a woman on a hook with several other dead animals. The organisation also claimed that women could not call themselves feminists if they eat eggs. PETA was also slammed for being insensitive to rape and assault, such as their ‘Boyfriend Went Vegan’ ad showed a woman who looked physically and sexually assaulted. They also featured a play on of President Trump’s infamous phrase ‘grab them by the pussy’ to advocate pet adoption and compared animals to human rape victims by stating that animals were molested into being born into the farming industries. The organisation has also been accused of using pornography, with their ‘Veggie Love’ advert being rejected from the Superbowl as it contained women stimulating sex with vegetables, along with several other posters featuring unclothed women.

The group have also been accused of being offensive to the Black Lives Matter movement by linking speciesism to racism. The association recently published an ad having animals – including a bald eagle – kneeling during the American national anthem. The group took inspiration from Colin Kaepernick’s infamous protest during the NFL games to protest against police brutality to black people. PETA was also criticised for comparing the farming industry to the holocaust several times in their advertisements. And many found their ‘master race’ poster – to berate Crufts for promoting dog breeds – offensive, as the white puppy used, had an ‘Adolf Hitler style’ with a black comb looking like the dictator’s notorious moustache. And they were slammed for dressing up as Ku Klux Klan members in a protest outside Westminster.

Many have blasted PETA for ‘fat-shaming’ to convince people to become vegan. Their ‘time to go vegan’ poster featured a bus being tilted by an ‘obese’ man, claiming that veganism will prevent the issue and their ‘save the whales’ billboard features a curvy woman with the sub-heading ‘lose the blubber.’ The Catholic League were angered by the organisation’s ‘adopt a mutt’ poster showing a nude woman dressed as an angel with a ‘carefully placed crucifix,’ claiming that PETA was exploiting Christianity to promote their activism. And the association was rebuked for linking dairy consumption to autism and comparing the Manitoba bus attack (where a passenger was beheaded) to the slaughtering of animals.

No matter what the situation or the type of protest, PETA never fails to use ‘shockvertising’ to get their message across.

But what is wrong with shockvertising?

In general, shocking viewers to getting a message across is reasonable, but the question is, where can we draw the line between reasonable and inappropriate? Seeing explicit images of what has been branded as ‘vulgar’ can leave a bad taste in your mouth, giving you a negative impression of the organisation. 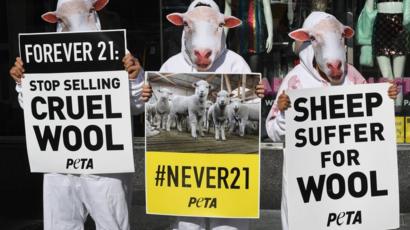 Despite the backlash, PETA is well aware of how outrageous their marketing strategies are. On their website, they have said that due to the lack of media coverage on animal cruelty, they feel that it is necessary to ‘shake people up’ to start a conversation about the topic. And with this in mind, they make sure their actions are ‘colourful and controversial’ to make it on the headlines for millions to read.

The organisation has mentioned that this tactic has proven successful with its large following of 6.5 million members and becoming the largest animal rights group in the United States. So, this begs the question: Is PETA just merely trying to get their message across? Or are they going too far?

Another controversial thing the association has done in the past is slam late wildlife conservationist Steve Irwin on what would have been his 57th birthday. After Google changed its logo to honour Irwin, on Twitter PETA critiqued Google for sending a ‘dangerous, fawning message’ and stated that Irwin ‘was killed while harassing a stingray’.

This caused outrage as many felt that Irwin has educated the public about rare animals and said it is possible to work with animals and respect them at the same time; also slamming someone after their death is not necessarily appropriate. Irwin is not the only celebrity to face PETA’s backlash as they too ‘celebrated’ Karl Lagerfeld’s death, stating that it ‘marks the end of an era when fur and exotic skins were seen as covetable’ and called the designer their ‘nemesis’. Other, living celebrities include Anna Wintour, Lady Gaga, Kanye West, and so forth. 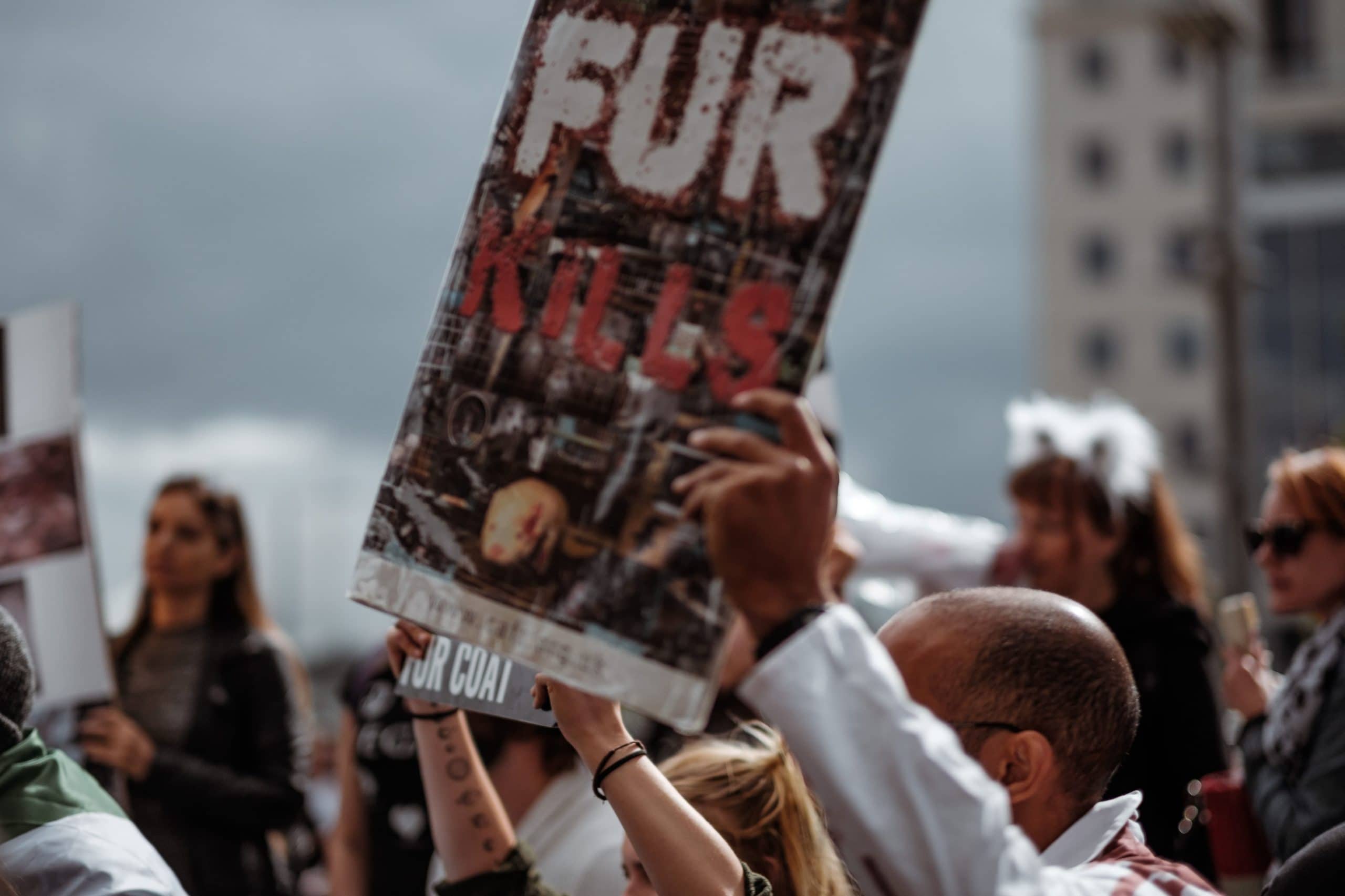 When it comes to any famous figure, be it a micro-influencer or Hollywood’s biggest star, there are always going to be loyal fans who will defend their favourite celebrity. Seeing someone slam your idol is not going to make you happy – especially if they’ve passed away. But is it wrong to criticise someone if you don’t agree with what they do?

With the many ‘enemies’ PETA has created, comes the many celebrities who endorse them as well, with examples including Zendaya, Taylor Swift and Simon Cowell all showing support for them. A few celebrities have also taken part in the organisation’s campaigns such as Joaquin Phoenix and Noah Cyrus.

The association also came under fire for encouraging people to stop using ‘anti-animal’ idioms and changing them to be more animal friendly. For example, instead of saying ‘Kill two birds with one stone,’ should be, according to PETA, ‘Feed two birds with one scone’ or ‘Bring home the bacon’ should change to ‘Bring home the bagels.’ Readers found this to be unnecessary as using ‘anti-animal’ language will not change the world, and the organisation should focus on ‘actual issues’ instead. The group responded stating that because saying or writing homophobic or racist language is prohibited, why should phrases made to ‘trivialise cruelty to animals’ be allowed? While this is understandable, surely, other aspects of animal rights need more focus? Or are these ‘meaningless’ phrases the reason why animals are regarded as second class to humans and must be changed to stop this from happening?

One of the most significant disputes against PETA is that they are in favour of euthanising ‘unwanted’ or ill animals. The organisation believes that ‘putting down’ abandoned or stray cats and dogs is the most ‘compassionate option’ for them as it prevents them from suffering. This is to allow the overpopulation of the animals to be under control. However, there have been incidents where PETA have been accused of allegedly stealing healthy pets and euthanising them. In 2017, the association paid a settlement of $49,000 after made the ‘terrible accident’ of taking a nine-year-old girl’s unattended chihuahua while capturing wild dogs and feral cats and putting it down later in the day. This violated the Virginia state law that requires a five-day grace period, questioning PETA’s euthanising policy. Many believe that the organisation purposely euthanise pets as they disagree with animals being kept as pets and ‘former employees’ have spoken out stating that PETA frequently kills healthy animals.

This has been viewed as hypocritical as PETA is meant to be an ‘animal rights’ organisation and yet they accept stray animals being killed for population control. However, many strays do suffer in appalling conditions. Statistically, there are still going to be millions of animals despite how many get adopted so euthanasia could be seen as the best option. Euthanasia is known as ‘mercy killing,’ so It can be said that the organisation just wants the best for the animals. PETA also strive to use ‘good euthanasia’ methods in the form of an intravenous injection of sodium pentobarbital, which is allegedly painless and quick, meaning that the animal does not feel a thing. Unlike many other ‘cruel methods’ such as gunshot or gas chambers.

But is PETA all bad?

Despite the controversy, PETA has been able to rake in a large following as mentioned, and it does not look like they will be backing down anytime soon. Despite being controversial, PETA has helped animals in the farming industry. Examples include shutting down companies for animal cruelty by going undercover, taking part in shareholder activism to ensure veganism is put on the map and when they can’t shut down companies, they will boycott them instead. Whether you are for or against PETA is up to you, but it is good to keep yourself informed of the good and bad, so you know what you are ‘up against.

Anam Alam
Anam is a freelance writer for The Vegan Review and a student studying journalism. She is a passionate writer who possesses a range of skills ranging from audio, video, editorial and creative writing. Her goal is to educate the public and the world with stories that she feels need to be talked more about in society.
Previous articleCan Pets Spread The Coronavirus?
Next articleThe Importance of Social Media Activism During The Lockdown