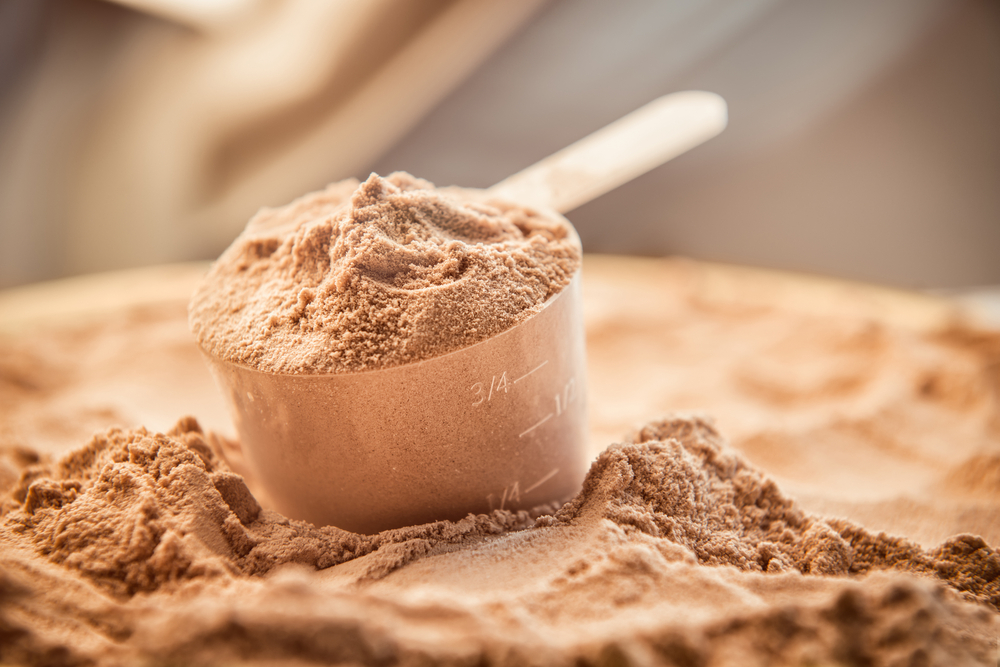 Protein powders are an excellent way of meeting vegan protein needs, but many contain fillers and heavy metals that are known carcinogens.

Vegans strive to eat plant-based because of the many health benefits that come along with it. People are becoming more educated in different diseases, quality animal sources, and putting value on the importance of plants. Although we have many sources of protein, such as legumes, grains, vegetables and nuts, we also rely on protein shakes.

The biggest concern of all protein powders, whether they are whey or plant-based, are heavy metals. The biggest four are arsenic, lead, mercury and cadmium, with lead having the highest levels of metal in them. Not to mention Bisphenol A (BPA), a toxin found in some plastic containers depending on that brand’s packaging. So how can so many protein powders contain all these contaminants? The Clean Label Project (a non-profit organisation that brings transparency to food and consumer product labelling) states it’s the quality of the soil.

Studies from the Clean Label Project tested 134 top-selling protein powders and how clean they truly were. Shockingly, the worst offenders from this study were plant-based protein powders. Vegan protein powders had higher levels of heavy metals than non-vegan variants.

Sean Callan, the director of operations and quality at Ellipse Analytics, who performed the test, stated: “This could be due to the locations where the protein powder manufacturers’ plant ingredients are sourced having contaminated soil. This is especially true in the United States, where there may be a higher incidence of heavy metals in the soil of some regions.”

Chocolate-flavoured protein powder is always going to have higher lead and cadmium counts than vanilla because of the cocoa powder. Cocoa powders are found to contain toxic metals because of soil quality. Cadmium is naturally found in soil and taken up by many plants, including cocoa plants. How many heavy metals end up in a cocoa bean depends on the geographic region, soil acidity and other factors. Also, further contamination can occur during the processing and manufacturing of cocoa products. Although chocolate has its potential benefits, which are largely attributed to its flavonoids, you have to be careful where your cocoa is being sourced. 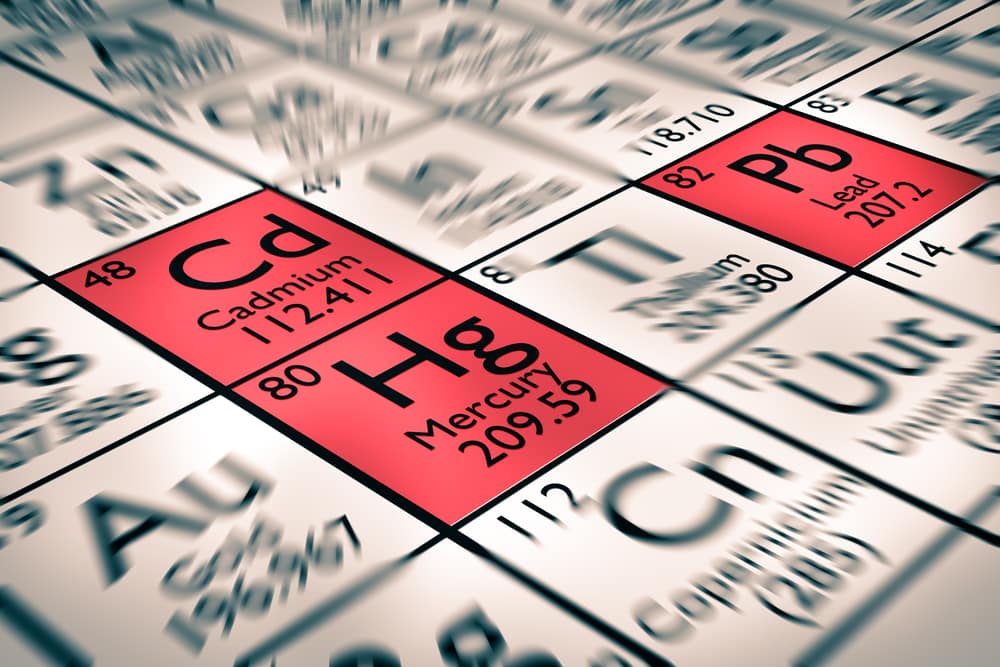 But what exactly are heavy metals and how are we exposed to them? They are naturally occurring elements whose toxicity depends on several factors, including dose, route of exposure, chemical species, as well as the age, gender, genetics and nutritional status of exposed individuals. Heavy metals are classified as human carcinogens by the US Environmental Protection Agency and the International Agency for Research on Cancer.

The biggest concern with heavy metals is the neurological effects, reproductive effects and cancer-causing potential. They build up over time in the hair, body and tissue, and it’s not as easy as you think when it comes to getting rid of them in your body.

Luckily, studies have revealed that natural and synthetic zeolites have shown to reduce heavy metals. Zeolites can attract mercury, cadmium, lead and arsenic because they carry a much greater positive charge than other molecules. Due to the alkaline properties of zeolite, the body’s alkalinity can be increased as well.

States like California have enforcement acts that the Office of Environmental Health and Hazard Assessment came up with. Proposition 65 is officially known as the Safe Drinking Water and Toxic Enforcement Act of 1986. It protects the state’s drinking water sources from being contaminated with chemicals known to cause cancer, birth defects, and reproductive harm. The act also requires businesses to inform Californians about exposures to such chemicals. If a company in California or anywhere in the states decides to sell their protein powder in California and they exceed Proposition 65’s levels, they get tagged with a Prop 65 warning, which is on the packaging.

So what should you look out for when shopping for your next vegan protein powder? Be aware of where the sources come from; transparency is important to consumers. Some companies will provide a certificate of analysis to show how many heavy metals are in their protein powder products. Make sure you do your own research to find the best product for you.

Tijen Najarian
Tijen holds a certification in Vegan Nutrition, and Chinese Medicine from the University of Hong Kong. When Tijen was diagnosed with Crohn’s Disease at age 23, she set out on a path that would dramatically change the course of her life. After years of pain, struggles with the effects of medication, and countless differing opinions from Western doctors, Tijen put her trust in a holistic practitioner and began educating herself on natural medicine and healing remedies. Upon learning that certain foods are inflammatory to the gut microbiome, she chose to cut all animal-based foods from her diet. Based in New York City, she has been in remission for five years and has been blogging her health journey and struggles inspiring many to go vegan themselves, a decision that would ultimately lead to her brand Tijen the Vegan.
Previous articleSpain invests in cultured meat project
Next articleIsrael sees 90% acceptance in blind plant-based meat taste test