The legal framework of veganism and animal protection: Global progress 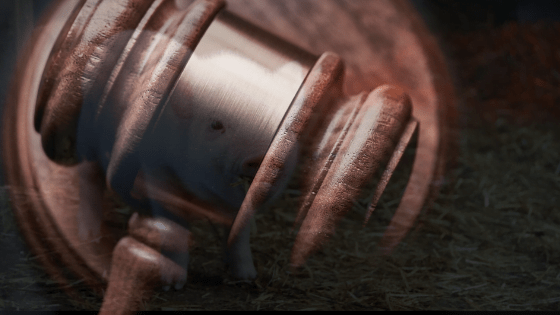 The debate on the moral rights of vegans enters the table with strength. The growth and support from institutions, production companies and pressure from the vegan population itself, is a challenging factor for traditional laws.Especially as animal protection becomes an increasingly-discussed topic.

The most notorious case on the vegan rights scene right now, no doubt, is that of Jordi Casamitjana, head of policy and research for the League Against Cruel Sports (LACS), who was unfairly fired after expressing concern about the use of pension funds for investments in companies that experiment on animals; something totally against his beliefs as a vegan.

The case was taken to court earlier this year, where a judge issued a landmark ruling, described by Casamitjana as a “victory for animal protection”, which granted him protection of his rights as a vegan under the UK’s Equality Act (2010).

However, the details of Jordi’s legal battle serve to make us reflect on a reality that emerges: the vegan movement barely has a solid legal framework that sees for the rights not only of people, but animals (more importantly).

Therefore, let’s take a look at the legal mechanism of animal protection and Vegan rights in some of the most important powers in the world.

The UK and the European Union

First we took a look at the legal spectrum supporting veganism in the UK, one of the most advanced regions for the movement.

Expanding on the case of Jordi Casamitjana, he filed complaints against the LACS when he discovered that they were investing part of their pension funds (and those of other workers) in companies such as AstraZeneca, Royal Dutch Shell and some tobacco firms, known for experimenting with animals in the production of their products. As a strict vegan who has dedicated his life to an institution with the same ideology, this was concerning.

His case was taken to the Watford Tribunal Centre, where Judge Robin Postle ruled that “ethical veganism” is considered a religious belief, so is legally protected under the UK’s Equality Act, the labour law in force in the UK since 2010.

Thanks to the ruling, all vegans in the UK can enjoy legal protection in the labor field and discrimination is totally prohibited, which has reached the ears of PETA, whose director of international programs called it “a significant step toward a kinder future for all of us”.

As far as animal protection laws are concerned, the European Union Parliament, responding to requests from The Body Shop and Cruelty Free International, launched an initiative with an approved resolution that hopes to ban cosmetic testing on animals worldwide, starting first with the EU borders.

The European Parliament is pioneering the fight against animal testing, urging its leaders to use diplomatic networks to create an international convention within the UN framework.

Also, the European Commission, yielding to the pressures of the European Vegetarian Union (EVU), started a procedure to legally frame the definitions of vegan and vegetarian food, since according to the European Legal Framework on Vegan and Vegetarian Claims the commitment of the EC is to ensure the safety of consumers on vegan products with respect to the traditional market, complying with the stipulations of the 1169/2011 Food Information Regulation that ensures the correct information of composition, characteristics and labelling of food in general.

“Under USDA, beef undergoes a rigorous inspection and labeling process, but plant-based protein products that mimic beef and are sometimes labeled as beef are overseen by the FDA instead. These products are not held to the same food safety and labeling standards as beef. Americans deserve to know what’s on their dinner plate”

The United States lags behind the U.K and the EU, as it has no case laws that defends veganism as an ideology or religion.

However, there is the Social Compassion in Legislation (SCIL) that helped pass a law in California that requires vegan food options in hospitals and prisons, as well as fighting for the protection of animals through public policy advocacy in the state of California and the rest of the country.

This law establishes the obligation to label, by way of identification, plant-origin or cell-cultured meat, in order to separate it from traditionally processed animal meat. NCBA is supported by Senator Debra Fischer, a member of the Senate Agriculture Committee, who reinforced the Representatives’ proposal by detailing that the Department of Agriculture (USDA) and the Food and Drug Administration (FDA) have responsibility to oversee and regulate plant-based protein products looking to protect consumers from the industries’ misleading marketing.

In Mexico, the Latin American country with the highest rate of vegans (9% of the population according to Nielsen reports), the National Chamber of Dairy Industry (Canilec) approved in 2019 the Industrial Property and Consumer Protection laws, which seek to give consumers security about vegan products.

What was presented was a reform of articles 90 and 95 of the Industrial Property Law, indicating that phrases, images, warnings or commercial names that could deceive the public or induce errors about vegan milk products cannot be registered as trademarks.

This came about as a result of firms introducing products such as Vegan cheese or butter onto the national market, when in fact their constitution showed that they were of animal origin. According to the president of the Livestock Commission of the Chamber of Deputies, companies will have to redesign their packaging to make it clear to consumers what they are actually buying.

In 2018 the Legislative Assembly published a reform of the Animal Protection Act in Mexico City, whose main objective is to protect the life and ensure the welfare of animals, seeing for their essential rights and condemning with fines or imprisonment those who violate the provisions, that is, affecting the free life of animals in the jurisdiction.

At the same time, in Argentina, known as a country with a very accentuated gastronomic culture of meat, there are laws and regulations both in the national Constitution, the Criminal Code and in each province, that demand food sites to specify every detail of what they sell (law 24.240, article 4).

However, when we talk about animal protectionism, law 2.786, article 1, says:

“The bad treatment of animals shall be declared a punishable act, and the persons who practice it shall be fined between two and five “pesos”, or otherwise arrested, and two “pesos” shall be calculated for each day”.

Among the rights and guarantees of citizens, according to the Argentine Constitution, are the preservation of natural and cultural heritage and biological diversity, as well as the enjoyment of a healthy, balanced environment, suitable for human development, the damage to which means the obligation to restore it as stated by law.

In Buenos Aires, an extension of the Criminal Code (4 articles) prohibits the killing of dogs and cats, an ordinance that has been in effect since 1954, as well as a number of national regulations that punish animal hunting such as orcas, whales or cetaceans along the country’s coasts (laws 25,052, 23,094 and 25,577 respectively).

Alejandro Meola
Alejandro is a freelance journalist and writer with a degree in investigative development. He is experienced writing for digital media, magazines and radio, covering multiple sources and areas over the last five years.
Previous articleWhy Vegans Should Be Leading The Way With Social Distancing
Next articleA History Of Writers Standing For Animal Rights