Exclusive: The Oatly boycott – Activist who brought the Blackstone issue to light speaks out 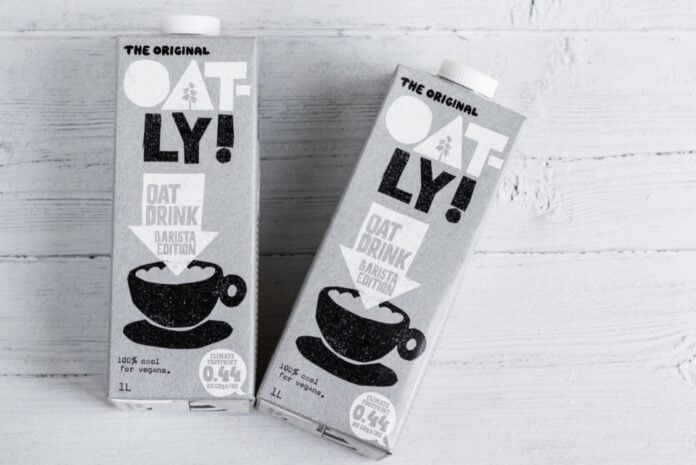 Oatly is facing backlash after selling a stake to Blackstone, which is connected to Amazon deforestation, Donald Trump and America’s housing crisis. Laura Young, whose tweet brought attention to the issue, explains it all.

Considered the original oat milk manufacturer and one of the most popular, Swedish company Oatly is facing criticism after it was revealed that it sold a stake to a consortium including Blackstone, headed by Trump donor Stephen Schwarzman.

The start of the backlash

Discovered that @oatly has partnered with Blackstone – an investment company who part own companies who are responsible for Amazon deforestation. I have done a full information post on Instagram and will from now on be moving my own purchases elsewhere

A twitter thread by activist and influencer Laura Young, also known as Less Waste Laura on August 29, drew attention to the news of the stake, as Laura expressed her frustration “when our limited choices are made harder by companies making poor investment choices”.

Speaking to The Vegan Review, Young said she originally found out about the partnership by seeing comments on social media. “At first, it was a bit of denial, thinking that surely a company like Oatly wouldn’t be involved in something like this, which then turned to shock and frustration to see Oatly itself defending the partnership on social media.”

The thread now has over 2,000 retweets and 3,500 likes and was instrumental in causing a stir on social media. Many have now taken to Twitter and other social media to discuss the ‘Oatly boycott’ and criticise the company.

Bye bye Oatly 👋 Despite loving their products (+ working with them) I can no longer support them. Why? They’re now part-owned by @Blackstone. Blackstone supports TRUMP. Is anti-@AOC. They were involved in the Amazon fires. They support rent control and aggressive evictions.

Blackstone and why consumers have an issue

Blackstone is one of the world’s leading investment firms, with Stephen A. Schwarzman as its CEO. Schwarzman has ties to Donald Trump: he’s been a prominent supporter and recently donated $3 million (£2.3 million) to the pro-Trump super PAC America First Action, which supports Trump’s re-election. As a powerful and rich man, he’s been described as one of “the powerful people responsible for the housing affordability crisis” in America.

Good to see that the #Oatly boycott is shining some light on Blackstone & Stephen Schwarzman, a figure @UniofOxford is doing everything in its power to promote & protect after his recent £150m payment to the university https://t.co/In24lYtLDw

In March 2019, Leilani Farha, who was the United Nations special rapporteur on adequate housing, and Surya Deva, the chair rapporteur of the UN Working Group on human rights and transnational corporations, sent a letter to Schwarzman regarding his actions and Blackstone.

The letter listed many issues, particularly Blackstone’s financial purchases and investments. For example, Invitation Homes (a company that Blackstone has shares in) and other corporate landlords were pushing “undue rent increases”, making housing unaffordable for many tenants and reducing the availability of affordable housing in the United States. Blackstone and its subsidiaries focus on purchasing buildings in largely working-class communities, refurbishing them and increasing rent, subsequently pushing out existing tenants.

One of the main points stated in the letter, summarising the problem with Blackstone, was: “Blackstone is using its significant resources and political leverage to undermine domestic laws and policies that would in fact improve access to adequate housing consistent with international human rights law.” Blackstone and its subsidiaries business model were pushing out low-income (and middle-income) people from their homes, increasing rent and decreasing the availability of social housing.

Furthermore, Blackstone has a stake in Hidrovias, a Brazilian infrastructure company reportedly linked to deforestation in the Amazon rainforest. Deforestation had been carried out to help build a highway to a new terminal in the jungle to facilitate the farming and exportation of grain and soybeans. In 2019, senator Elizabeth Warren openly accused Blackstone of financing the destruction of the Amazon and worsening climate change. Blackstone however, denied this and released a statement on its website to “set the record straight” regarding these claims.

Blackstone has visibly been involved in a number of controversies, all of which contradict the ethical branding that Oatly has built up over the years. But what has it said about the backlash?

Young had a meeting with Ashley Allen, Oatly’s chief sustainability officer, following the social media outrage. “Unsurprisingly, they knew that this deal was going to be controversial and were expecting backlash,” explains Young. “The only comment I had to make to them about it was the fact that although they were expecting all this, their reaction felt reactive instead of proactive.”

She felt this betrayed Oatly’s advertised values: “For a company that shouts about its sustainability and transparency, this didn’t seem to be either.”

She explained that the main message put across in the meeting was that Oatly is trying to prove sustainable business is profitable in an effort to encourage more large investment groups to make similar investments.

Oatly released an open letter about the investment on its website, explaining that its mission to offer plant-based options “so amazing, the general public doesn’t feel like it is a compromise to eat them” results in “many inconvenient and uncomfortable decisions”. It admitted that these decisions can “step on the toes of both our friends and those who disagree with our mission, and now we’ve gone and done it again”.

The statement further explains the need for funding, exactly $400m (£302 million) to continue its mission of sustainability and meeting the demand for products. Half of this funding came from the investment from Blackstone, and although it’s received global backlash, Oatly described the partnership as an “intense thought process that was nuanced and in line with how we’ve often thought about change”. The oat milk giant explains that, by collaborating with the “biggest supermarket of the private equity sector”, it could influence other private equity firms to make sustainable and green investments too:

“From a sustainability perspective, we are convinced that helping shift the focus of massive capital towards sustainable approaches is potentially the single most important thing we can do for the planet in the long-term. We realise that all of you may not share this view and disagree on the right path forward to create a more sustainable world. That’s ok.”

Although many activists, vegans and customers like Young disagree with this, Oatly stands by its partnership with Blackstone as a longer-term solution to achieving its sustainability goals.