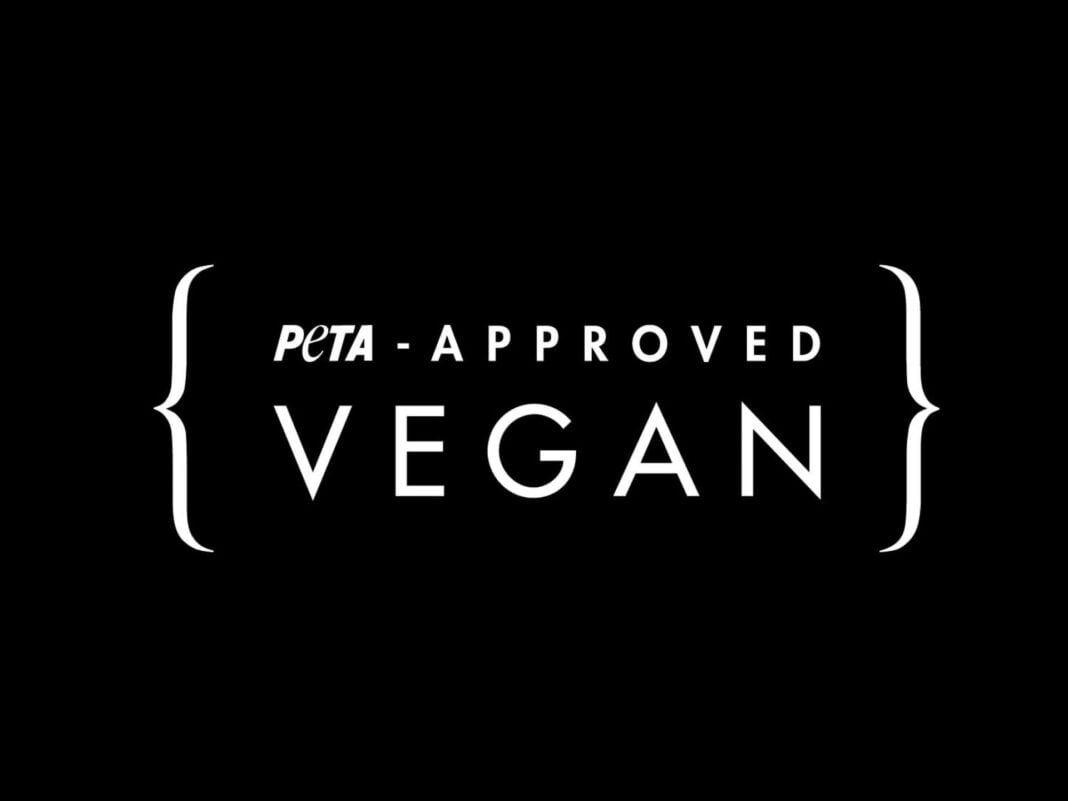 PETA’s corporate projects director Yvonne Taylor explains the story behind the PETA-Approved Vegan label, and how to make your wardrobe cruelty-free.

Being vegan isn’t just about what we put on our plates; it’s a commitment to compassionate living that encompasses everything we do, including what we wear. And while most people wouldn’t be caught dead in a floor-length mink coat these days, there might be less obvious cruelty lurking in your wardrobe in the form of leather boots, wool coats, cashmere jumpers, and alpaca scarves.

The good news is that it’s easier than ever to cut cruelty out of every aspect of our lives. Shoppers are eagerly embracing compassionate fashion, and brands are responding with fabulous vegan designs in every style and at every price point.

In fact, animal-friendly fashion has come so far that sometimes it can be tricky to tell vegan fabrics apart from animal-derived materials. That’s where the PETA-Approved Vegan logo comes in: this easy-to-spot symbol makes it easy to shop with confidence, knowing that no animal was exploited for the item you’re buying.

The logo has graced the products of over 1,000 brands, including Esprit, whose first line of leather-free women’s trainers was such a success that the company expanded it to feature 25 different styles, from ballet flats to loafers. Hugo Boss set a stylish milestone with its first PETA-Approved Vegan men’s suit, made from organic European linen, and celeb-favourite Monkee Genes ditched the leather patch on the back of its denim in favour of animal-free coated recycled cardboard.

Retail giant Topshop launched a footwear collection consisting of six designs that are handmade in Spain using 100% vegan materials — right down to the glue. And chic French brand The Kooples created a leopard-print clutch using faux foal skin and vegan leather, with all proceeds donated to PETA France.

Why is it so important to choose vegan fashion? For starters, if you wear leather, there’s no way of knowing whose skin you’re in. Most of the world’s leather comes from China, where some two million cats and dogs are killed each year for their skins, which are often mislabelled and exported to other countries, where they’re sold to unsuspecting consumers.

But no matter which animal it comes from, buying leather supports terrible suffering. A recent investigation by journalist Manfred Karremann, which was released by PETA Germany, found that thousands of cows and sheep in the leather industry are sent on gruelling, weeks-long voyages halfway around the world. The animals are often denied adequate food and water and exposed to extreme weathers, and they may be trampled and hoisted off ships by one leg before their throats are cut open with dull knives.

Vegan leather has come a long way since the days of “pleather”. Today, animal-free handbags, wallets, shoes, and other accessories are available everywhere, from high-street shops to high-end fashion boutiques. Using natural and eco-friendly materials like cork, apples, pineapples, grapes, and even mushrooms, brands like Ashoka Paris, Alexandra K, Beyond Skin, and LUXTRA are pioneering planet-saving fashion innovation.

While vegan fabrics are at the cutting edge of fashion, old-school materials that are stolen from animals are obtained using crude — and extremely cruel — methods. When PETA US investigated the world’s largest privately-owned alpaca farm in Peru, it found workers hitting, kicking, tying down, and mutilating pregnant alpacas while the animals cried out and even vomited in fear.

PETA Asia’s investigation of cashmere goat farms in China and Mongolia revealed similar abuse: terrified goats screamed in pain and fear as workers tore out their hair. Eventually, their throats were slit and they were left to die in agony.

Recognising that people don’t want to wear clothes made with this cruelty, a growing number of designers and retailers — from CROP, which makes luxurious bamboo knits, to Marks & Spencer, producer of the popular Cashmilon range – are offering super-soft, warm knitwear that’s kind to animals and the environment.

From the ducks and geese whose feathers are ripped out for down parkas to the gentle sheep whose backsides are carved away in a painful procedure called “mulesing” and the minks and chinchillas who spend their lives confined to cramped, filthy wire cages on fur farms, suffering is universal whenever animals are used for clothing.

Time for a cruelty-free shopping spree

You may not be able to purge your wardrobe of everything non-vegan immediately, and that’s okay. Just commit to buying vegan from now on, replacing your animal-derived clothing and accessories one-by-one with compassionate fashions that you’ll be proud to show off.

Looking for the PETA-Approved Vegan logo when you shop is a foolproof way to ensure that your purchases don’t hurt animals. Another way to know whether an item is vegan is by simply checking the tags. These are often found inside shoes, towards the heel or under the tongue. On garments, look for the label inside the item’s neck or waistband or near the bottom.

Steer clear of any item labelled with words like suede, silk, wool, down, angora, alpaca and cashmere, and anything that ends with “-skin”. Terms like synthetic, human-made, faux leather, cotton, microsuede, waxed canvas, Tencel, linen, viscose, rayon, and – of course – vegan are all good indicators that the product you’re considering is animal-free.

Fashion is a way to express ourselves, and as people who are seeking to live a more compassionate life, our wardrobes should match our values. Today, it’s easier than ever to choose designs that align ethics with aesthetics. Happy shopping!

Yvonne Taylor is the Director of Corporate Projects for People for the Ethical Treatment of Animals (PETA).

Yvonne Taylor
Yvonne Taylor is the Director of Corporate Projects for People for the Ethical Treatment of Animals (PETA).
Previous articleThe Ultimate Guide to vegan food in Malaga
Next articleTeen vegan activist Zak Mullen: ‘It was like I’d been hit by a bullet of truth’