The problem with vegan coffee creamers 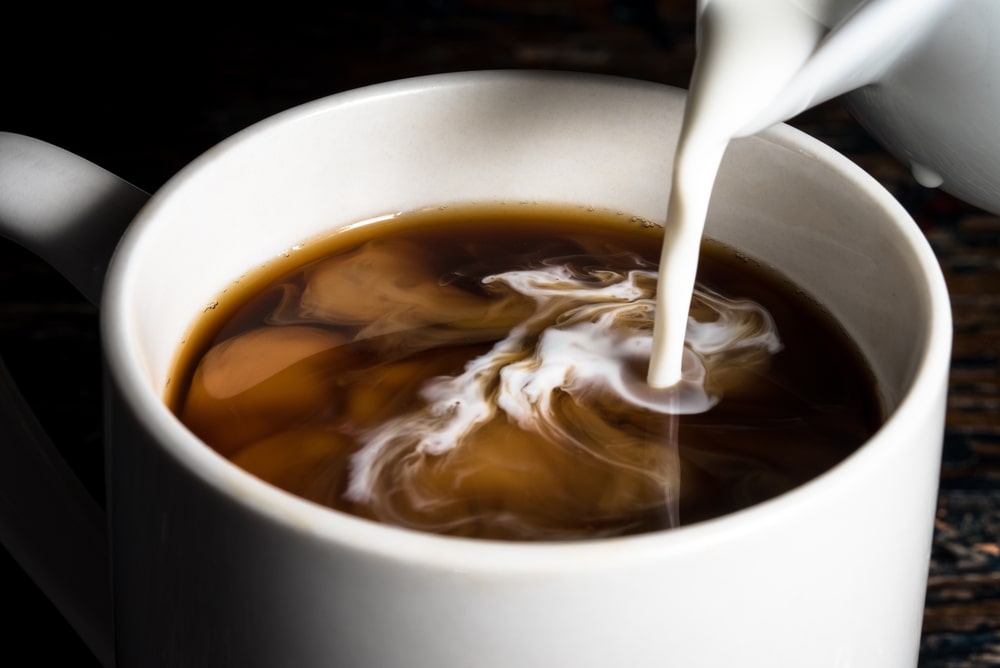 The plant-based industry has exploded with alternatives recently, including vegan coffee creamers. But when you take a look at the ingredients, dairy isn’t the only thing that’s doing us harm.

Eating plant-based is scientifically proven to be one of the healthiest diets you can eat. But what happens when even the vegan foods you think are healthier are compromised?

I was led on a hunt at several grocery stores trying to find vegan coffee creamers that didn’t contain a mixture of thickeners, artificial and inflammatory ingredients. Over a year ago, there were only a few select brands that offered plant-based creamers in markets. Today, mainstream brands such as Starbucks, Chobani, Coffeemate and Silk have included dairy-free options in their lineup, reaching out to more potential customers.

While most people switch over to plant-based diets for health-related reasons, they blindly consume food and drinks without realising the potential risks in doing so. Non-dairy creamers could have a negative impact on your health, especially if you’re trying to lose weight.

Processed food and drinks contain ingredients we can’t even pronounce. When it comes to vegan coffee creamers, we can look back at how far we’ve come by boycotting the dairy industry and creating awareness about factory farming. The next step, however, is to start taking a stand against the ingredients plant-based manufacturers allow in their products.

For example, almonds and oats must be organic in order to not be sprayed on by glyphosate, which is a patented antibiotic. The EPA reported that 85% of almonds in 2015 were treated with glyphosate, as well as 65% of canola crops. Soon after, California announced that glyphosate is known to cause cancer. In 2019, a man by the name of Edwin Hardeman in California was rewarded $80 million for linking Roundup weed killer and cancer together. Plant-based coffee creamers are growing in popularity, but there are drawbacks.

Let’s take a look and break down the ingredients in most vegan creamers.

Read more about how Roundup is involved in coffee paper cups. 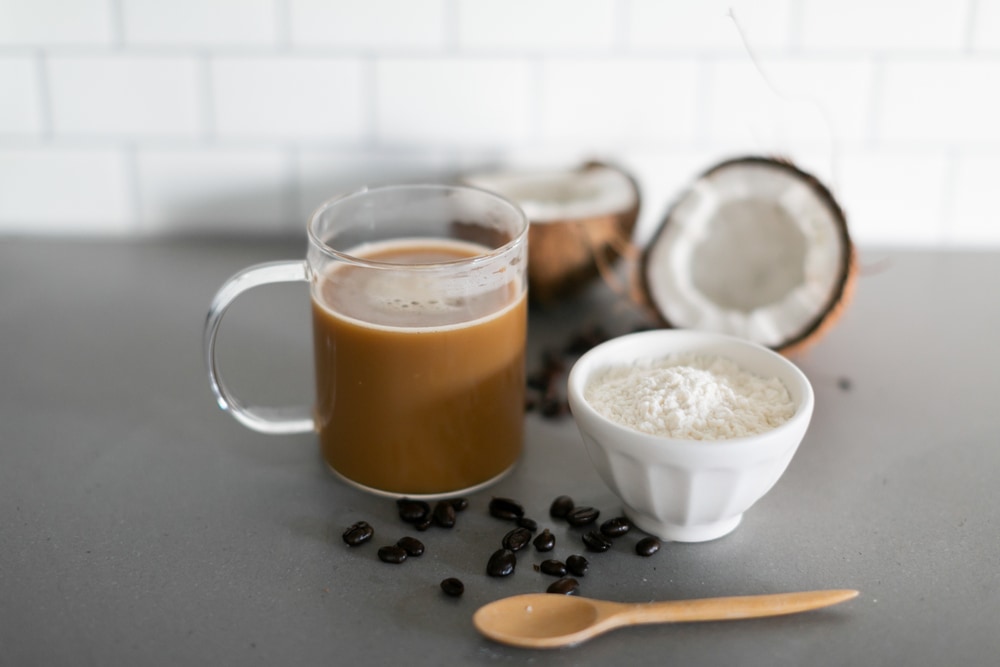 Mainstream media deems canola a ‘heart-healthy’ oil that has a good source of monounsaturated fats, similar to olive oil. Because of how cheap this oil is to produce, most companies, institutions, and restaurants use it as their main source of oil.

It comes from the plant ‘rape’, which is in the turnip family. Bottom line: canola oil is an inflammatory oil in your body that contains genetically-engineered DNA, trans fats and toxic chemical residues including glyphosate.

Many creamers give off the impression they are creamy when in fact it is a blend of thickening agents and emulsifiers that give it the illusion. The most common type of thickeners in plant-based creamers are guar guam, cellulose gel, and polysorbate 60.

A stabiliser and anti-coagulant in non-dairy creamers, this chemical is used in fertilisers and cosmetics. It can potentially cause kidney problems.

Trans fats increase your bad cholesterol while reducing the more beneficiary cholesterol. They also elevate the risk of heart disease, strokes, and diabetes. If you see ‘partially hydrogenated oil’ as an ingredient, that’s trans fat.

So, what’s the best alternative to the highly processed plant-based creamers? High-quality, organic dairy-free creamers. Look for simple ingredients that offer coconut sugar, organic nuts and oats. Avoid ingredients that list rapeseed or canola oil, trans fat and artificial flavourings. If you enjoy thicker creams, soy and oat are the way to go. If storebought isn’t doing it for you, you can always make a vegan coffee creamer at home, by using a basic plant-based milk recipe and halving the amount of water.

Tijen Najarian
Tijen holds a certification in Vegan Nutrition, and Chinese Medicine from the University of Hong Kong. When Tijen was diagnosed with Crohn’s Disease at age 23, she set out on a path that would dramatically change the course of her life. After years of pain, struggles with the effects of medication, and countless differing opinions from Western doctors, Tijen put her trust in a holistic practitioner and began educating herself on natural medicine and healing remedies. Upon learning that certain foods are inflammatory to the gut microbiome, she chose to cut all animal-based foods from her diet. Based in New York City, she has been in remission for five years and has been blogging her health journey and struggles inspiring many to go vegan themselves, a decision that would ultimately lead to her brand Tijen the Vegan.
Previous articleThe Wuhan wet market scandal: everything you need to know
Next article280 plant- and cell-based startups fundraising on Vevolution