The rise of cycling during the Covid-19 lockdown 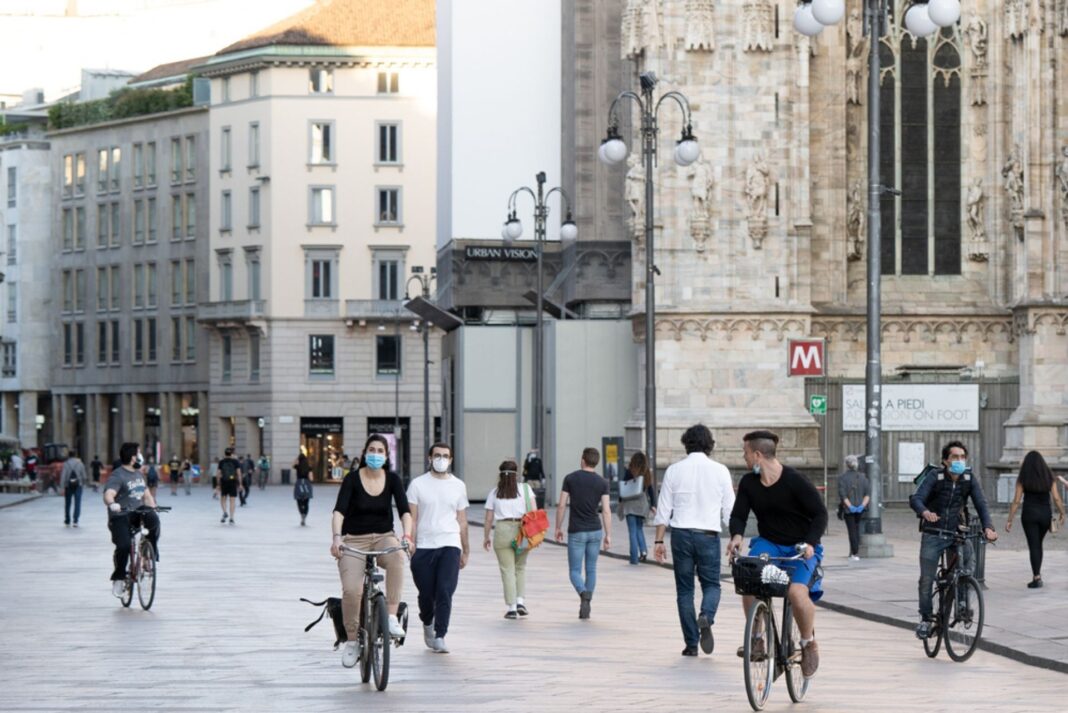 March 23, 2020: the beginning of an open-ended lockdown that confined most to their homes, with the notable exception of existing cyclists and an influx of new devotees.

It was the industry boom that nobody saw coming, but as doors and windows were firmly closed, garages were springing open, releasing a flurry of cyclists — both existing and new — out onto the streets. Being without a two-wheeled mode of transport was no stumbling block, at least in the early days of confinement, as high street shops and pre-loved goods websites managed to keep up with demand valiantly. But as lockdown stretched into two and three months long, even the most neglected of bikes became valuable commodities.

The Guardian revealed that in April alone, just a few short weeks into lockdown, bike sales increased by 60% in the UK, with mid-range models proving the most popular. More expensive options, with price tags of £3,000 and up, saw sales dwindle and fall, presumably in line with job security fears and reduced wages. Perhaps most interesting, however, are the figures regarding E-bikes, which demonstrate a 50% increase in the market; but what exactly pedalled this new passion for all things two-wheeled?

Though many environmental activists welcomed the news that more people were getting out on their bikes and leaving emission-producing cars at home, concerns were still being raised about the real underlying motivations. Government advice to stop using public transport, coupled with a surge in home-working opportunities, meant that there was little to no need for four-wheeled journeys, but with a daily quota of outdoor exercise permitted, cycling became a common-sense solution during lockdown. The proverbial two birds with one nice round stone.

Aside from the fact that ‘outside is free’ — a philosophy that many cyclists and runners alike align with — there’s the inherent benefit that it can still be a relatively social activity. Consider how easy it is to stay safely far enough away from a fellow rider, but still close enough to hold a conversation, and it’s easy to understand why those missing their friendship circles decided to give cycling a try. Add in the fact that bicycle shops were allowed to stay open as an essential service and you have a trifecta of interconnected motivations: health, socialising and easy maintenance. It’s impossible to deny that cars offered none of these benefits during lockdown.

For new riders, lockdown was a golden opportunity to get to grips with a fledgling hobby. The roads were far quieter, there was a spate of good weather and, with many individuals being furloughed, free time was no longer in short supply, meaning that riders of all ages decided to give life on two wheels a try. The significant increase in E-bike sales, for example, was largely attributed to older people looking for healthy but manageable alternatives to public transport, but young riders have been taking to the tarmac too, with families venturing out together. Despite the encouraging figures released by Halfords, the biggest cycling retailer in the UK, thoughts are turning to what will happen post-lockdown, especially now that the weather seems to be leaning into autumnal temperatures.

Suddenly, cost has become a critical factor. Sunny, dry days make for easy riding. Shorts and a t-shirt work well and little else is needed, but when rain, fog and even snow need to be accounted for, suddenly, the equipment list gets extensive and expensive.

A breathable raincoat, capable of getting you from A to B without developing a perspiration problem, will cost considerably more than a basic anorak. For longer rides, comfortable padded shorts are recommended, with bacteria-busting liners being a necessity. Again, these are not always budget-friendly. Add in a decent helmet, proper lights, the potential for having mudguards fitted and a plethora of other useful accessories, and it’s easy to see how fair-weather cycling figures might not give an accurate representation of what’s to come. Things get even more complicated for vegan cyclists, who need to circumnavigate the mainstream reliance on merino wool as a winter-appropriate riding fabric.

In a bid to build on the momentum found during lockdown, transport secretary Grant Schapps has made no secret of his desire to “put cycling and walking at the heart of our transport policy”, with a £2 billion package put in place to create safer cycling pathways throughout the country.

But will it be enough? When bad weather arrives, can good intentions and fresh cycle paths sustain a new pastime, now that public transport is back up and running and workers are slowly being expected to return to their offices? Only time and sales figures from the next quarter will tell.

Amy Buxton
Amy is a committed ethical vegan, raising a next generation compassionate human with her husband and their beloved dog, Boo. A freelance writer with a background in PR, she decided to use the COVID lockdown period to refocus her client base and has come to The Vegan Review as a senior writer and editor, before moving into her external content director role. "What we should be doing is working at the job of life itself" is Amy's mantra, courtesy of Tom from The Good Life.
Previous articleCarbonBrief discusses climate change in relation to meat and dairy consumption
Next articleThe International Vegan Film Festival 2020 goes online this weekend