The rise of veganism in the ice hockey community 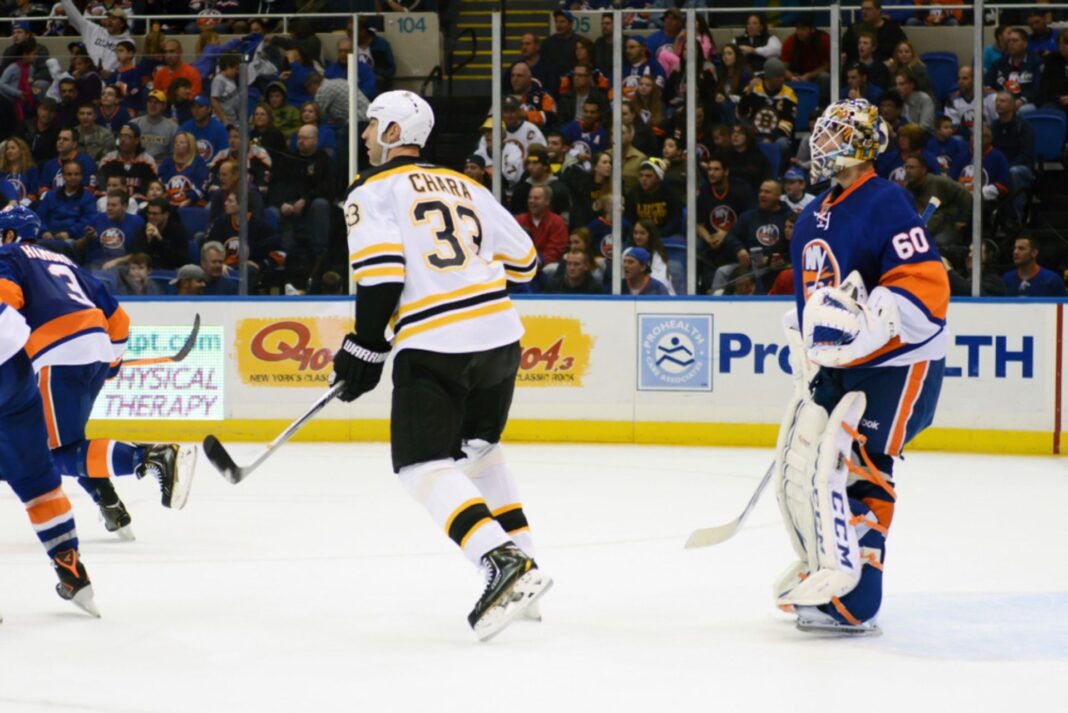 Former ice hockey player and vegan TJ Galiardi speaks to The Vegan Review about how the sport is embracing the plant-based lifestyle.

Mayhem on skates, ballet on ice, or however you refer to it: ice hockey is the world’s fastest sport — and it’s growing quickly too. According to the International Ice Hockey Federation, the game is played in over 70 countries. As new crops of players develop, so too do the lifestyle and dietary choices these athletes make. Many of the top hockey players are slap shooting meat out of their sites in favour of plant-based diets to help them (hopefully) get more pucks in the back of the net.

In almost every sport, there are a number of high-profile vegan athletes. Formula 1 driver Lewis Hamilton, who has even helped open a number of vegan restaurants, is a staunch vegan, and so is heavyweight boxer David Haye, who credits his vegan diet for helping lead him to victory. Unfortunately, vegan hockey players are much harder to come by.

Unquestionably, Zdeno Chara, captain of the National Hockey League’s (NHL) Boston Bruins is the most notable vegan hockey player. Standing at 6’9”, Chara is the tallest professional player to ever take to the ice. A few years ago, the 43-year-old Slovakia native decided to change his lifestyle entirely and go vegan.

Speaking with One Green Planet, Chara expressed how his overall quality of life has improved since deciding to go plant-based: “I thought it was going to be very hard for me as a hockey player to get into something like this. But then, over the course of time, you start reading more and gathering more information — more books, more stuff you can search on different websites. You watch documentaries. Then it slowly starts making sense that this is not just strictly for people to lose weight.”

Now in his mid-40s, Chara is one of the oldest players in the league with one of the longest careers, having debuted in 1996. One of his personal goals is to continue playing for the Bruins until the age of 45. On Instagram, Chara shared his thoughts on going vegan, crediting his new diet for helping lengthen his career. “I also believe that nature has the answer to every question. The more we evolve, the more we can confirm that nature’s products are actually healing and the gateway to a better life.”

While some players decide to change their diet in later stages of their careers, others make the jump much earlier. An example of this is former NHL star TJ Galiardi. The Vegan Review spoke to the 32-year-old about his favourite pregame meals, on-ice performance and what made him choose a vegan diet.

“It was my wife who inspired me to start experimenting by removing animal products out of my diet to see how I reacted. The more products I removed, the better I started to feel. I was more energised, recovered faster and slept better,” he said. “The next step was learning more about the impact on the environment and, of course, the animals, which only strengthened my resolve to live a plant-based lifestyle.”

Hockey is the ultimate high-intensity workout, so it’s no secret that the players require some serious fuel to perform at an elite level. Gone are the days of hockey players sitting in the locker room eating pizza and drinking beers before the game. It’s all about nutrition these days.

Galiardi said his favourite pregame meal is full of nutrients: “Sweet potato, brown rice, beans, a large salad with tons of raw vegetables.” When he can afford to have a cheat day, he enjoys Indian food including dal and vegetable curry.

One of the main reasons athletes go vegan is the increase in energy, which is vital for any high-intensity sport. Galiardi recalled how he felt just after becoming vegan: “I noticed immediate positive results, I had better stamina and recovered faster. Previously, I always needed naps in the afternoon because of a lack of energy. But under a vegan diet, this was no longer necessary.”

Outside the hockey rink, Galiardi is the co-founder of Outcast Foods, a company that rescues fruit and vegetables from being wasted, turning them into delicious vegan snacks and packaging them in no-waste upcycled containers.

While there aren’t currently large numbers of vegan hockey players, Galiardi is optimistic that more people will take the leap to a vegan lifestyle sooner rather than later.

“It’s already happening,” he said. “There are vegan NHL players on just about every team and the numbers will continue to grow as players start to see for themselves the benefits of making the switch.”

Matt Donaghy
Matthew is a journalism student from Ireland, living in London. He is an avid musician, a keen reader and always looking to delve into new things. Motivated by his vegan friends, Matthew is open to exploring the world of vegan subcultures and how they link with the world around us. You’ll probably find him in a hip London music venue listening to new bands and finding new things things to write about.
Previous articleTeen vegan activist Zak Mullen: ‘It was like I’d been hit by a bullet of truth’
Next articleChikyū review: Vegan sushi dreams made real