The Secret Life of Vegans: when ethics become all-encompassing 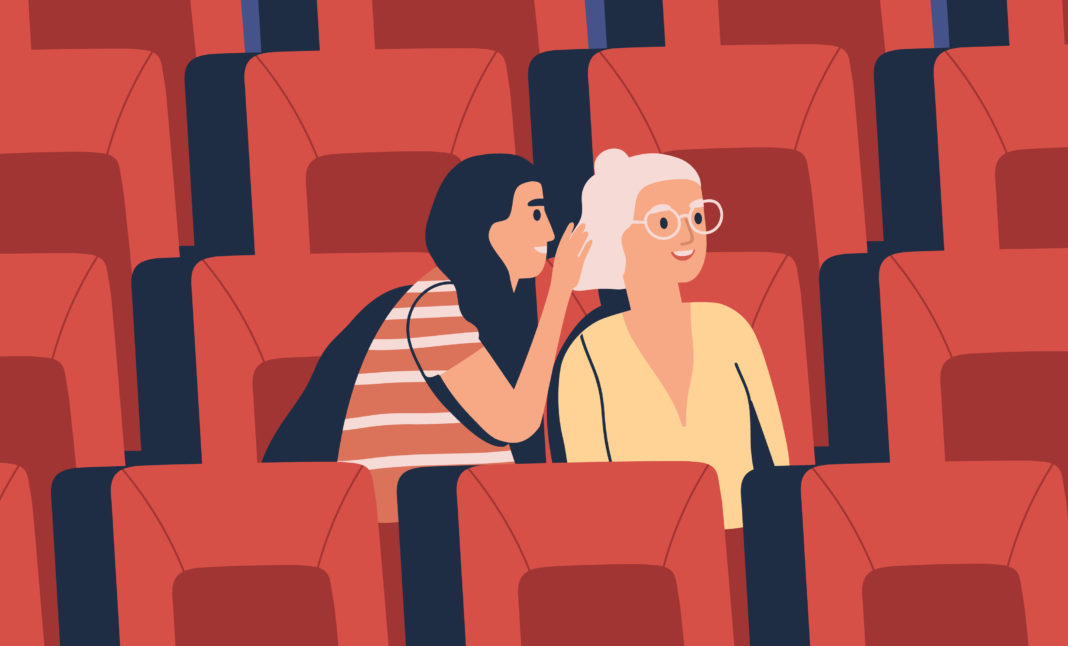 In a vegan lifestyle, what can start as a dietary preference can quickly snowball into a life-altering belief system that makes your ethics question absolutely everything.

When I committed to lifelong veganism a few years ago, I did so expecting a lot to change. I knew that the way my whole household ate was going to be irreversibly altered and I think I assumed that I’d start thinking more about sustainability, but where we have ended up has surprised me.

Every week, it feels like I’m being pulled towards a new initiative that I can connect to our ethical beliefs, and I’m starting to wonder if it will ever stop.

Don’t get me wrong, I think it’s incredible that turning vegan has instilled so much more awareness and compassion in me, but I have started realising that at some point, I won’t be able to buy anything from anywhere, because I seem to have a knack for putting my ethics front and centre. I think the same is probably true for most of us, but maybe we aren’t talking about it much for fear of being labelled judgemental.

It hasn’t always been this way. I used to eat meat, I shopped on Amazon and I used to enjoy a pint at Wetherspoons. But now, I’m consuming in the most invested ways possible and I wonder how many other vegans have identified the slippery slope they are on with their ethics, whereby eventually we might have to just grow everything ourselves and go full self-sufficient hermit.

Think I’m exaggerating? These are just a few of the bothersome elements of everyday life that I buck against: 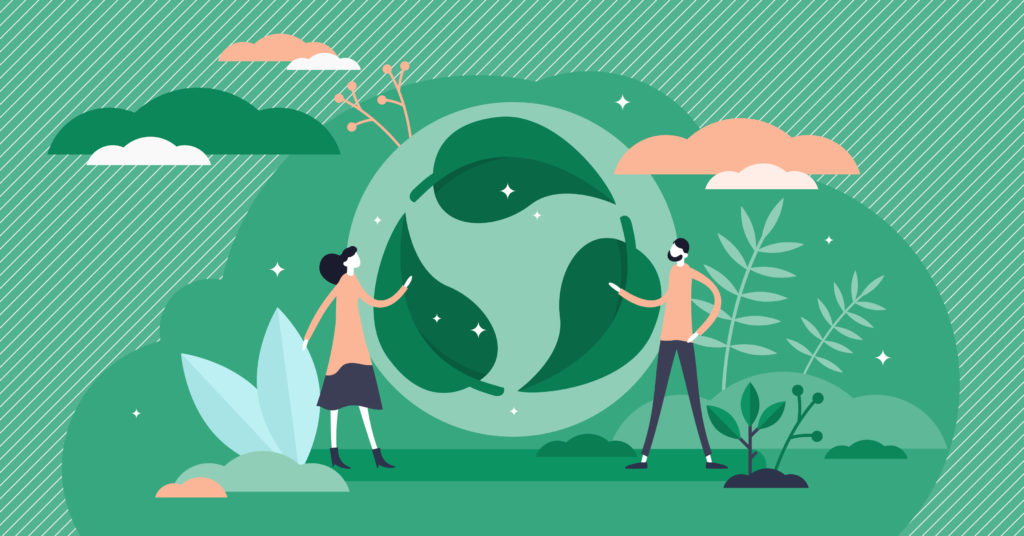 Obviously, this is a huge issue and as soon as I look into a company and find that their song and dance about being super eco is all bluster, I’m out. We have a strict “vote with our feet” policy in our house, with my husband being perhaps even more immovable than I am.

Some call this stubbornness, but we think that if everybody did the same, companies that pay lip service, while also paying themselves big bonuses and doing nothing to help the environment, would soon feel the sting of consumer unrest.

Are there exceptions to the rules? Not often! But when a company or brand — vegan or not — has disappointed us with their ethics and then puts in the time to make amends, we are willing to give them another shot. We’ve bought Rude Health products since the furore of the ill-advised moan about vegans because they’ve done a lot to make that ground back up. We are holding fire on Oatly, though. That Blackstone investment still leaves a weird, non-oaty, taste in our mouths.

My husband has a business that requires us to use couriers regularly, and when I started to look into what that meant in terms of our carbon footprint, it became a serious issue. We now only use courier services that have made a commitment to carbon neutrality through either the use of electric fleets or carbon offsetting initiatives. We’ve drawn this into our home life as well, by only ordering from companies that do the same.

This can mean increased shipping costs, both as a business and consumers, but we think this is a price worth paying. 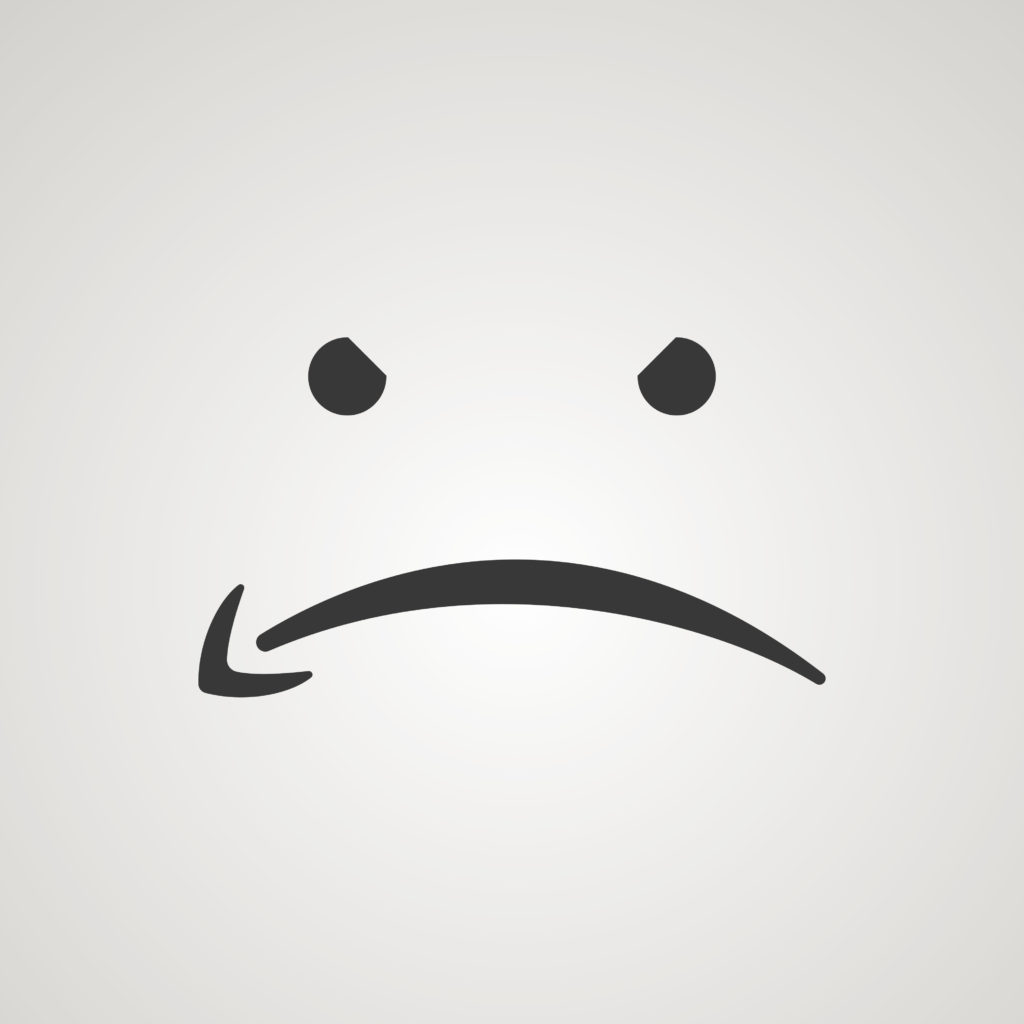 I could rant for days about Amazon, but I won’t. I don’t think Jeff Bezos needs the extra online presence or that he cares about one person’s opinion that he runs an unethical and greedy conglomerate. Is there plenty of paid-for press surrounding anything vaguely eco-friendly that the company claims to embrace? Of course.

But what about workers rights, the corporate culture of fear that has been widely discussed, the monopoly of the market, and the grotesque amount of money earned per second by Bezos himself? A few charity donations and recycled packaging options won’t overshadow these critical issues. At least not for my household.

It’s a hard pass on Amazon and anything associated with it for me. I’d rather wait a few extra days and pay a little more in logistics fees to know my parcels are arriving via a fairly paid courier who is allowed to take holiday.

I used to love a Primark binge, I really did. And I used to shop with BooHoo et al. I justified it because I’m tall and fairly active, so buying specialist longer clothing always resulted in higher price tags for no better quality. So when online fast-fashion giants began selling cheap tall brands, I was in! After all, if a £4 pair of cycling shorts wore out after a couple of months, I’d be less angry than if a £40 pair did, right? Technically, yes, but then I got into sustainability.

I remember the moment I did a wardrobe audit and felt sick to my stomach at all the clothes with tags still attached. I’d bought and never worn them and I knew I never would. I decided to take anything in good or new condition to my local clothing bank and women’s shelter and then embarked on a personal challenge to buy nothing new for a year. Charity shop goodies and preloved items only.

It was through doing this challenge and posting about it on Instagram that I met a sustainability advocate in my hometown and formed an instant friendship. Kate was a whirlwind of amazing ideals, visible mending and swapping enthusiasm. I’d never before known anyone who could sniff out an amazing item in a charity shop like her and her passion spurred me on even more.

That was a few years ago now, but I still hold true to those long chats we had in indie coffee shops about buying less, using for longer and if we were to buy new, making sure we chose quality over low cost. That’s why I’m sat here in a pair of jeans I’ve had for four years that I’ve hacked off at calf height so I can cycle in them easily. Plus a jumper I found in a charity shop 50p bin, while my daughter romps around in a preloved pair of dungarees.

I might still lust after certain pieces that pop up in my social feed, but if it’s meant to be, I assume someone will buy them, leave the tags on and take them to a charity shop I frequent at some point.

Don’t miss Chloë Morgan’s look at how fast fashion brands are trying to cash in on independent labels. 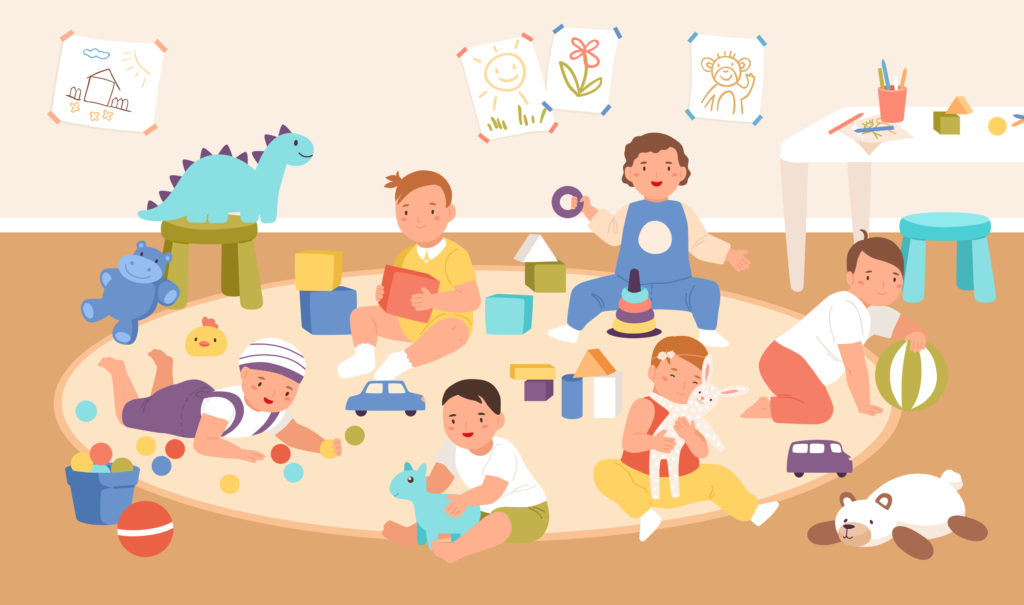 I always knew I wanted to be a bit more of a conscious mum, and this has manifested in me abjectly refusing plastic toys for our bubba. The look of horror and irritation on people’s faces has been visceral, but I’ve stuck to my guns because single-use plastic that is found in so many children’s toys is why landfills look the way they do. Plus, I want to let you in on a secret.

If you like the idea of going plastic-free for your kids but worry about how to keep them amused, let me tell you that a screw-top jar with dried chickpeas inside is still one of our daughter’s favourite playthings. A bowl with dried rice also seems to amuse for hours on end, when accompanied by an empty vessel to decant into. And when the sun’s out, nothing pleases more than a bicycle ride.

You don’t need the creaky, shouty and battery-dependent toys. I promise. Especially when Pinterest exists.

Will I be switching to the toothpaste that now comes in recyclable packaging emblazoned with a vegan logo? No. I’ll stick with the always-vegan Eco Denta I’ve used for five years, with no problems. Does the big ice cream manufacturer that has brought out plant-based lollies tempt me? No, because Swedish Glace has had me covered since forever.

It’s cool to see a glut of new products, but they are aimed squarely at the flexitarian market, or at vegans who still struggle with cravings for certain products, of which I am neither. Plus, I get really annoyed at non-vegan conglomerates trying to swoop in and take money out of genuinely ethical company pockets.

That’s just how I feel, and when I’ve stopped buying products from certain household names because of their appalling track records with things like animal testing and child slavery, a few vegan-friendly releases won’t affect my ethics, change my allegiance or blind me to their crimes. 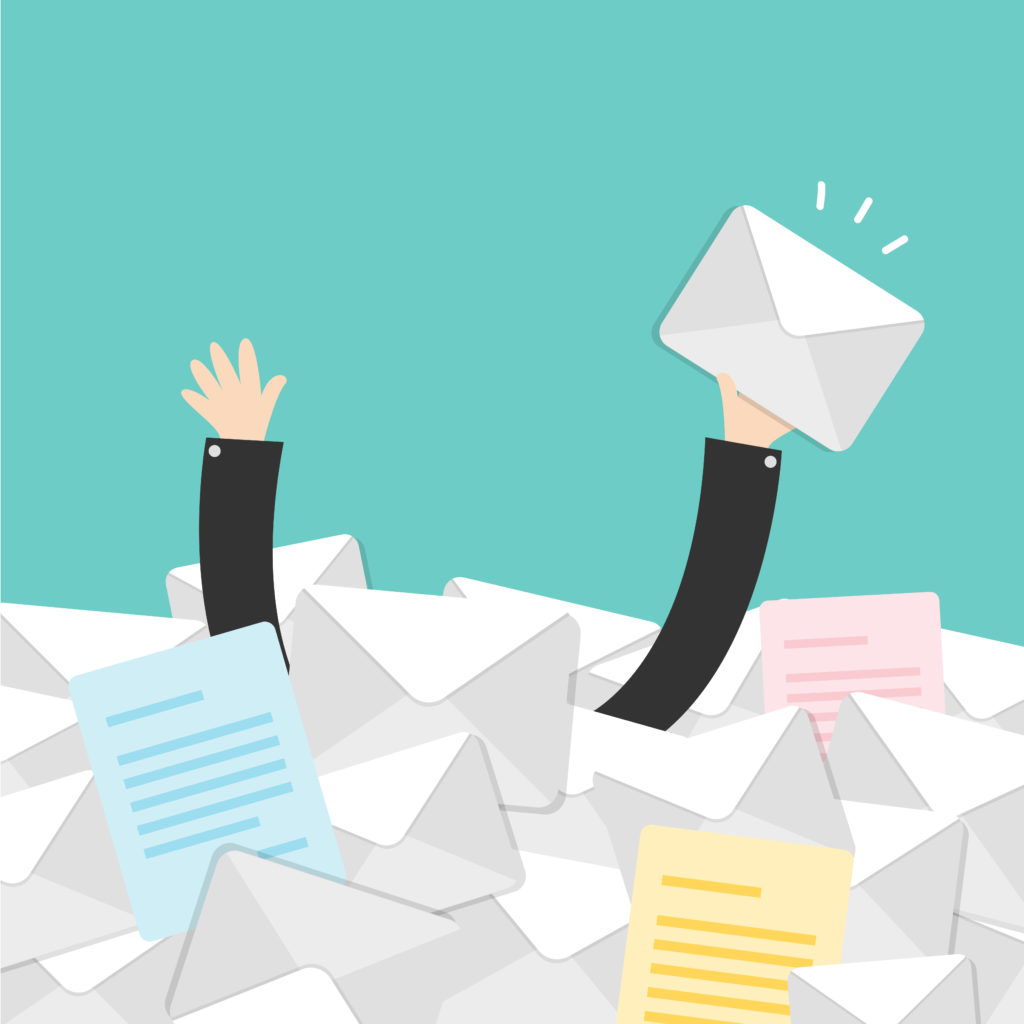 Who knew that something as seemingly innocuous as junk mail would rile me up so much? Well, you probably could have guessed if you’ve made it this far into the article, but still. I couldn’t have predicted my rage.

I’ve started calling the companies that produce and send it, telling them I have no desire to receive it. I’ve asked our post lady to stop putting it through our door and I’ve even chased after someone who put a load through our letterbox. Why? Because of the staggering waste of paper.

Every two weeks our recycling bin is collected, with a good portion of it filled with unwanted promotional materials. And that’s if they can actually be recycled, because plenty can’t! At least with spam emails I can block and delete, but paper junk really offends me.

Wow. Now I’ve seen just how far my ethics have taken me, it’s a little scary, but I also feel somewhat proud. What started as a desire to simply not eat animals or contribute to the cruelty they endure has developed into a comprehensively more compassionate, educated and invested life.

So my ethics may not allow me to be able to snack on a vegan KitKat while I wait for my Amazon Prime delivery to turn up, but I think I’ll cope just fine.

Amy Buxton
Amy is a committed ethical vegan, raising a next generation compassionate human with her husband and their beloved dog, Boo. A freelance writer with a background in PR, she decided to use the COVID lockdown period to refocus her client base and has come to The Vegan Review as a senior writer and editor, before moving into her external content director role. "What we should be doing is working at the job of life itself" is Amy's mantra, courtesy of Tom from The Good Life.
Previous articleCo-op introduces price parity for plant-based food as part of net-zero plan
Next articleDating a non-vegan: how to make inter-dietary relationships work