The time I took my Grandpa to his first meatless buffet 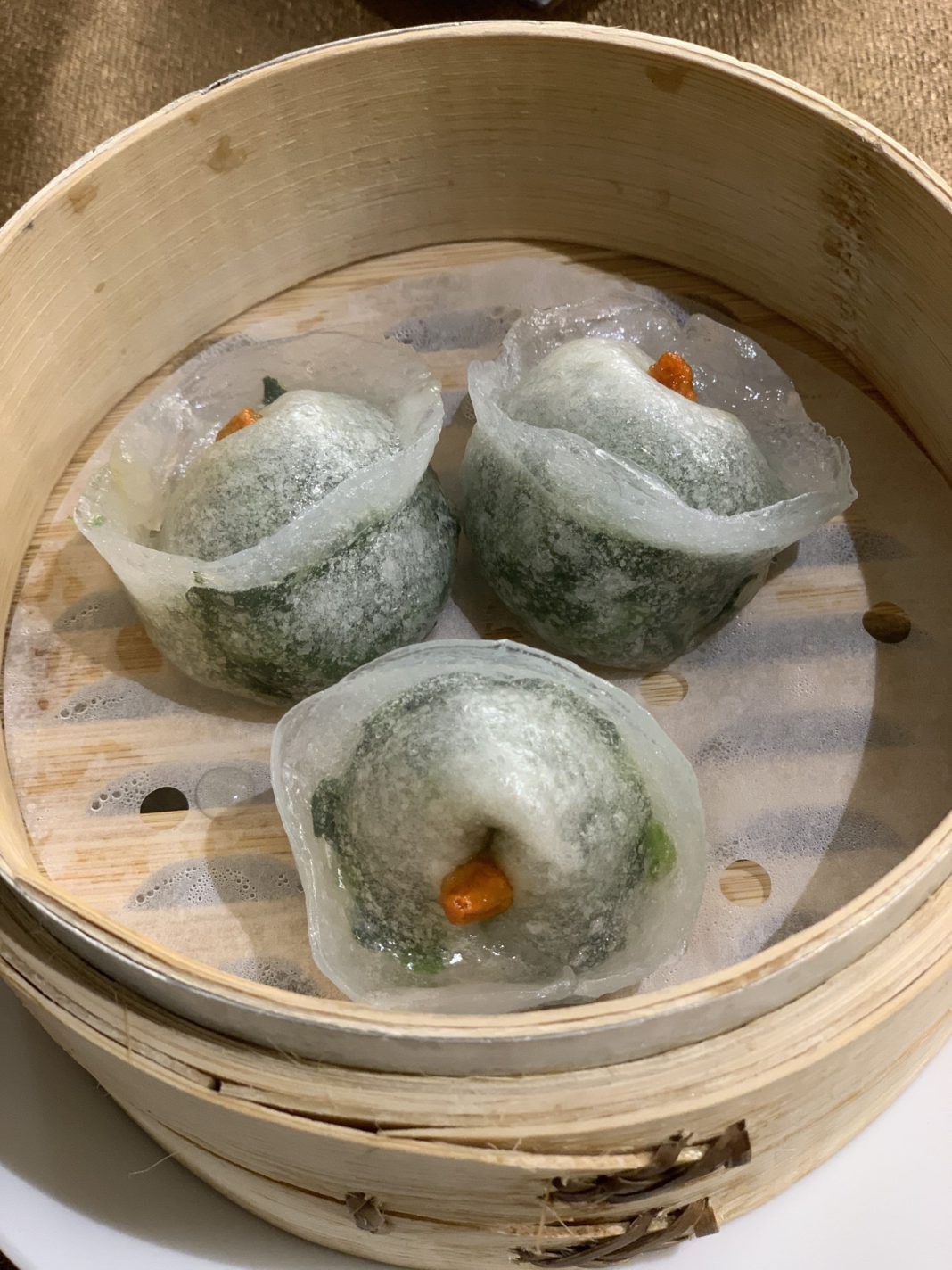 Twelve years ago, I switched to a vegetarian diet. My grandpa was strongly opposed to this change, so I thought of a way to get him to come around — by taking him to his first meatless buffet.

“You took me to a restaurant with no meat?!”

Rewind a few hours earlier. I was in Taiwan for the summer and as it’s customary to take your elders out to eat as a gesture of filial piety, I was at my grandfather’s house trying to convince him of this lunch outing. The challenge wasn’t so much getting my grandpa to leave the house, but rather dine with me, a vegetarian.

As the patriarch of a large and traditional Chinese family, my grandpa’s word is always right and final. Ever since I stopped eating meat, he has refused to have a meal together, which is his way of maintaining some of his “power”.

“I don’t want to eat only vegetables with you,” he stubbornly remarked, “There is no nutrition in that.” I eventually convinced him to go by assuring him that it wasn’t only vegetables, and that there was going to be a variety of foods for him to choose from. And off we went — to a buffet.

The specific restaurant we went to was a well-known vegetarian buffet restaurant, with multiple locations all across Taiwan, and a couple of branches in Taipei alone. When we entered through the automatic double glass door, I could tell by the expression on my grandpa’s face that he was somewhat pleased; this location, with its expansive dining room full of large round, cloth-covered tables and brightly lit decor, was well to my grandpa’s liking of “fine-dining”. After we were seated and my grandpa had finished a cup of tea, I offered to do an initial walk around the buffet stations with him. 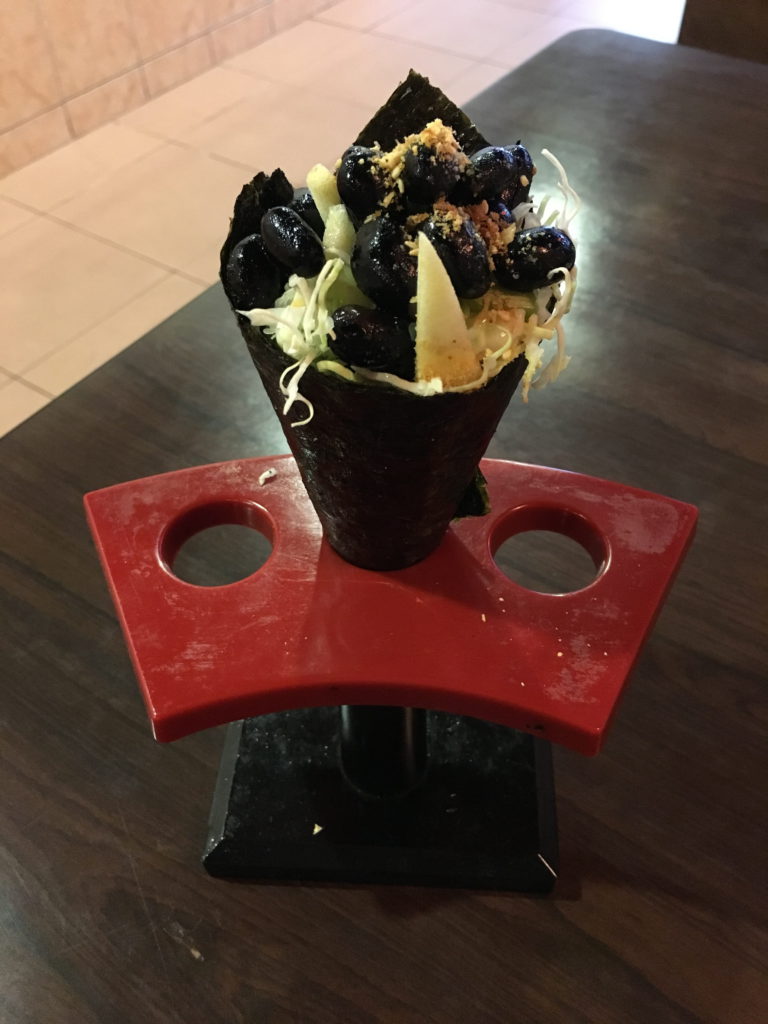 We walked around and looked at the various food stations, while I did my best to get my grandpa to try a bit of everything. There was the salad and raw foods station, where he pointed at the sushi rolls and sashimi pieces, indicating that he wanted me to put those on his plate for him. Little did he know that the “sashimi” was really made of konjac, also known as a plant jelly or yam cake. The light reddish pink colour, along with the jelly-like texture really did resemble that of real fish.

My grandpa was also particularly excited about the station with western food choices, and wanted to try a small slice of what looked like ham and pineapple pizza, where the ham was, in reality, pink soybean made to look and taste like that of real ham.

Then, he scooped up a bite each from many entrees in the Chinese food section — most notable was one he thought was sauteed chicken, another minced pork with vegetables, and some shrimp noodles. Of course, all this was accompanied by a bowl of white rice, because “what would a meal be without white rice?” His words, not mine.

Back at the table, I nervously watched as my grandpa tried his food and observed his scepticism turn into pleasure as he continued to enjoy bite after bite, quickly finishing all the food we had gotten on our first trip around the buffet. 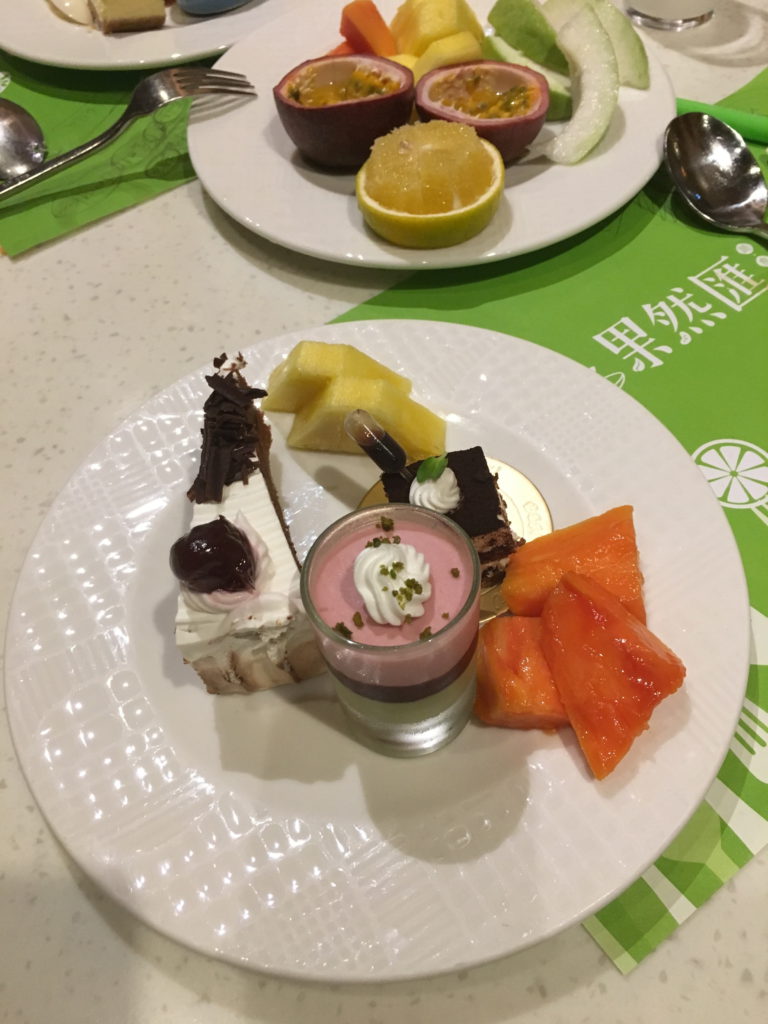 Another cup of tea, and he declared he was getting up to go look around again. This time, I didn’t offer to go with him, as he no longer needed any convincing the food was good. He came back with some new things on his plate, and some repeats, such as the sashimi, which I think that while he liked, he also chose to somewhat spite me with because it was “meat”, and he might have been trying to test the limits of my “tolerance”, Really, though, Grandpa, joke’s on you.

We enjoyed the rest of our family meal in good spirits, talking about things other than my diet, and even got a few laughs in here and there. At the end of the meal, my grandpa got up again and returned with a couple of small slices of cake. I was surprised by his divulgence in sweets, since he’s usually pretty disciplined towards what he eats and what he perceives as “healthy” and beneficial for his body.

He and my brother shared the same giddy sentiment as they devoured their desserts and I realised that in some ways, my grandpa really is like a child; he sometimes needs convincing, a lot of convincing, but eventually he will somewhat come around. 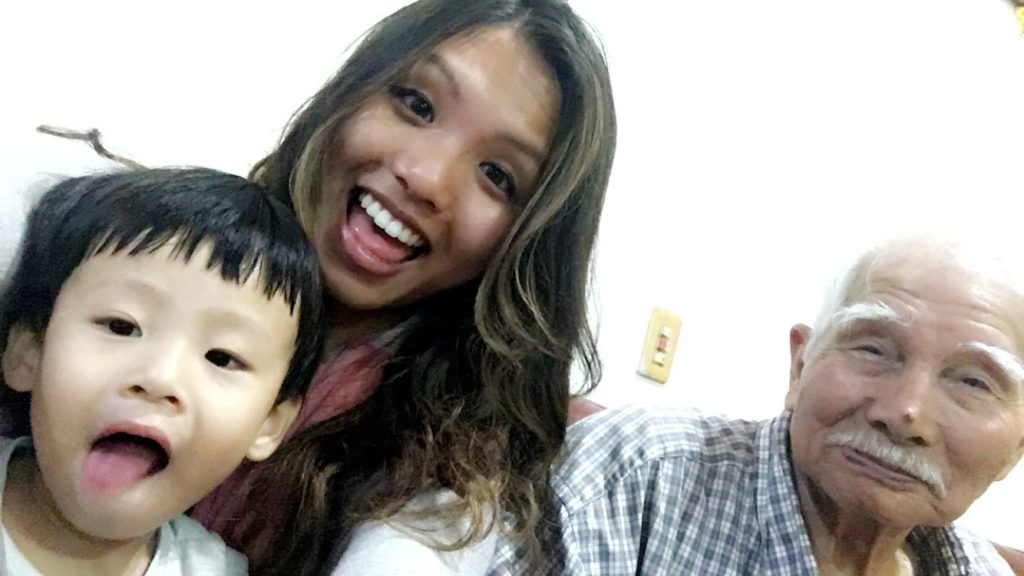 Well, here goes, this was bound to happen anyway. He turned to look at me and exclaimed: “You took me to a restaurant with no meat?!” I walked over, grabbed his hand, and said to him: “Yes, grandpa, and wasn’t it delicious? You ate so much healthy food, wasn’t this fun?” And out of there, we walked together, hand in hand.

Read Aymee Yeh’s account of colliding cultures and being a Buddhist vegan.

Aymee Yeh
Born in Taiwan, Aymee currently lives in sunny, southern California. When she visits Taiwan, she enjoys all the vegan food options there are on the beautiful island. Having dinner parties is one of her favourite things and she loves seeing her friends' reactions when they say, "I can't believe this doesn't have meat in it!
Previous articleThe biggest trends in veganism we saw last year
Next articleAquafaba brand OGGS saves one million eggs with its vegan alternative