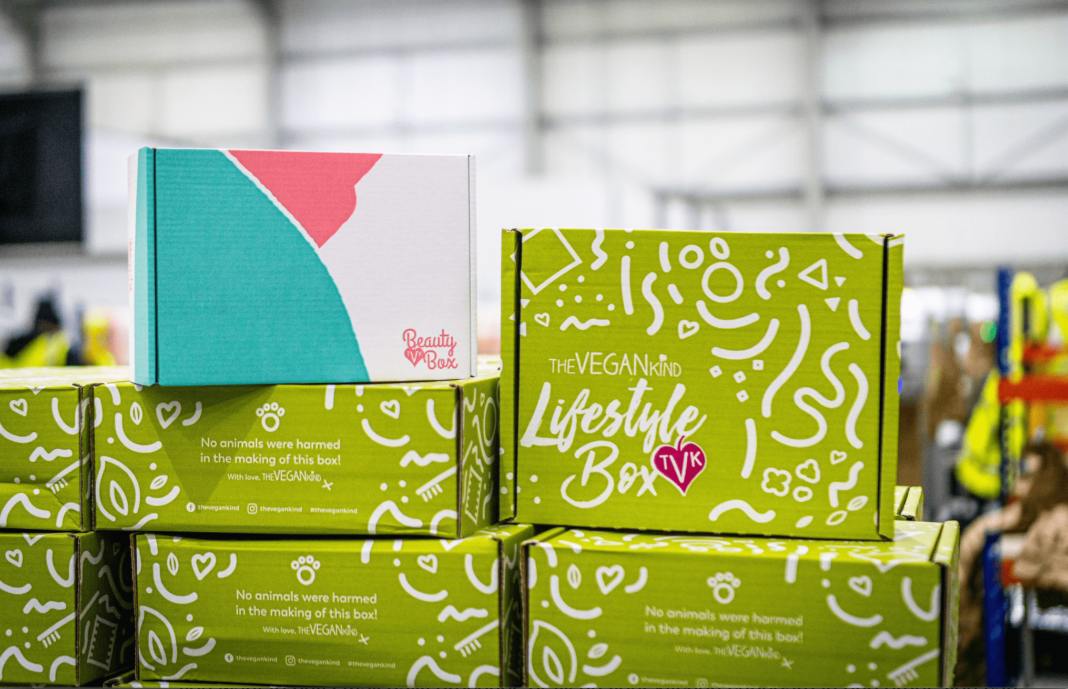 TheVeganKind has unveiled its new membership programme, TVK+, which offers exclusive discounts on over 2,500 products with no minimum spend.

The new service has no annual or subscription fees, and will be available exclusively to subscribers of the retailer’s vegan monthly lifestyle box and bi-monthly beauty box. Current subscribers will automatically become TVK+ members. And the first 1,500 TVK+ orders have also received free Crackd vegan egg bottles.

Aside from regular discounts on vegan grocery, cosmetics and household products, TVK+ will also offer exclusive content and early, pre-market access to new products. Additionally, TVK+ users will have no minimum spend on their order, whereas non-subscribers have a minimum spend of £20.

TheVeganKind, founded in 2013 by Karris and Scott McCulloch, also has a rewards system to redeem against future purchases. Last year, the supermarket moved to a much larger facility as its headquarters, which it claims has the “biggest, entirely vegan fridge in the world”. It has won several awards, which includes VegFest’s Best Vegan Shop and Platinum status in the Feefo Trusted Service awards.

TheVeganKind CEO Scott McCulloch said the membership was born out of the will to provide customers with as much value as possible. “We already work on our pricing each month, securing deals and offers which keep people excited to come back to shop with us. TVK+ is an extension of that but is also part of our desire to make 100% vegan shopping more affordable,” he told The Vegan Review.

He added that the decision to give current subscribers exclusive access to the membership was made to reward their loyalty: “While the supermarket has had the Vegan Rewards loyalty scheme for over a year, the subscription boxes haven’t had any loyalty benefits attached to them. Giving them TVK+ membership for free just felt like the right thing to do.”

But what about consumers who’d like to access the membership without committing to a subscription? “That is indeed coming,” confirmed McCulloch. “TheVeganKind supermarket customers will soon be able to pay a small monthly fee to activate TVK+ on their account.”

The co-founder and CEO also said that customers will see a ‘TVK+ price’ for over 2,500 products when they log in to the supermarket. “But on top of this, we work with suppliers to secure additional discounts,” said McCulloch. For example, in February, TVK+ users will exclusively be offered a 26% discount off One Planet Pizzas, 16% off the whole Plant Power range, and 16% off the new Applewood grated cheese.”

Read our interview with One Planet Pizza founders Mike and Joe Hill.

Anay Mridul
Anay is journalism graduate from City, University of London, he was a barista for three years, and never shuts up about coffee. He's passionate about coffee, plant-based milk, cooking, eating, veganism, writing about all that, profiling people, and the Oxford Comma. Originally from India, he went vegan in 2020, after attempting (and failing) Veganuary. He believes being environmentally conscious is a basic responsibility, and veganism is the best thing you can do to battle climate change. He gets lost at Whole Foods sometimes.
Previous articleWiley’s Finest vegan CatchFree Omega 3 review: fishy and full of nutrients
Next articleThe best vegan yogurt brands in the US 2021