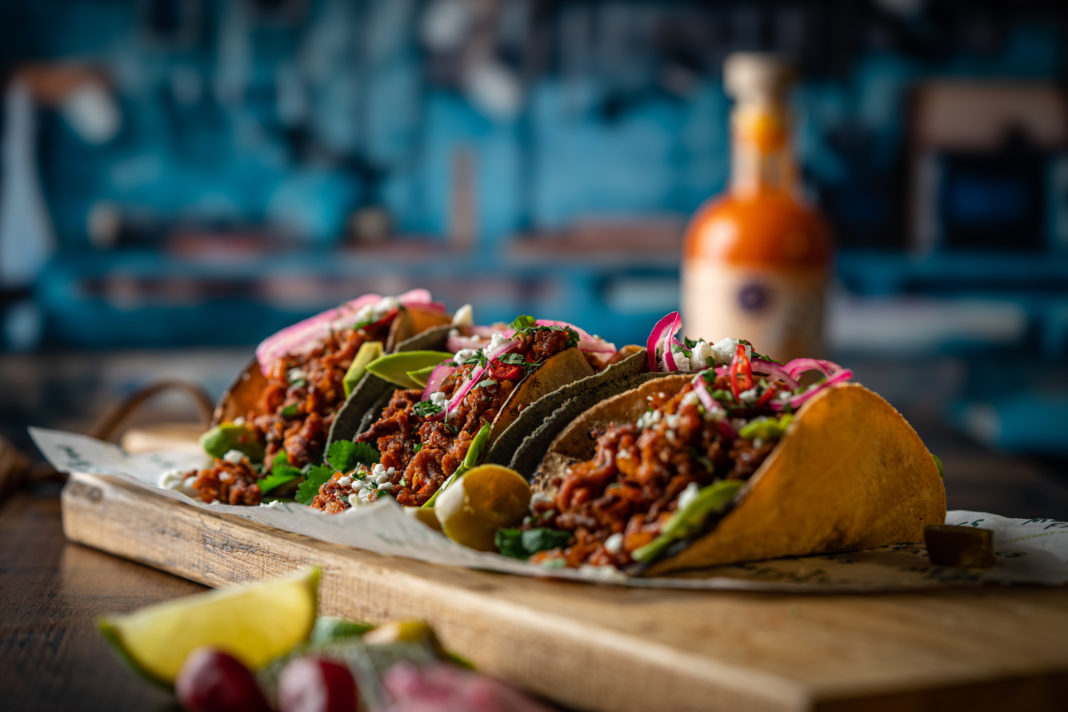 Known and respected for its unfussy approach to making meat-free days as simple as swapping in plant-based protein sources, Meatless Farm has been bringing the “Best of British” to the world since 2016.

Founded out of dual concern for the environment and a desire to eat less meat, the company was the answer to a (then) disappointing lack of plant-based options that catered to taste, texture and health interests. Today, new lines are being launched in response to consumer demand, with chicken nuggets and cutlets proving to be fast favorites, but there’s a soon-to-be new addition that might just take the crown: hot dogs.

Today, Meatless Farm can be found in major supermarkets throughout the US, with Whole Foods being just the tip of an impressive iceberg. Lidl, Lowes, Fresh Thyme and Hannaford have all come on board as distribution partners and a joint venture with Real Madrid has also recently been reported. Using its influence and favourable industry position, the company is making meat-free meal consideration easier than ever, while still retaining the all-important family vibe.

This is a global operation with a grounded feel. It’s family but on a worldwide scale, which isn’t to say that it doesn’t have serious gravitas. Having just announced the opening of an alt-protein production facility in Calgary, Canada, Meatless Farm is highlighting not only its own growth trajectory but also the importance of community and systemic change. How? By using the facility to supply other animal-free meat producers. There’s also a key partnership with Chef Daryl Shular, designed to garner wider reach within the foodservice industry.

The first African-American Master Chef, Shular is a figurehead for positive change and his involvement with Meatless Farm, over a six-month period, will help to spread the word about ditching preconceptions and being open to something new and fantastic. It’s this commitment to spreading both positivity and the plant-based message that made for a perfect brand partnership with The Vegan Review.

With 40% of The Vegan Review’s readership located in North America, Meatless Farm was a clear choice for connection. Already enjoying an impressive presence throughout the country — thanks in part to visibility in nationwide grocery stores — the symbiotic relationship between the two very different entities will allow for combined strength and increased awareness for both.

Speaking about the partnership, Meatless Farm commented: “This partnership with The Vegan Review marks the beginning of an exciting stage of growth for Meatless Farm in the US. It’s amazing to be able to work with a partner that really focuses on topics that not only are highly engaging for the vegan community but also the growing flexitarian and vegan/vegetarian-curious population.

“Americans have embraced eating more plant-based food at an exponential rate as they become more educated about the health and environmental benefits. Alongside our environmental mission, helping people eat healthier while enjoying their favorite dishes is exactly why Meatless Farm was started. It’s all about balance and inspiring small changes.”

Champions of ethical brands and objective reportage, The Vegan Review is delighted to be able to offer Meatless Farm a platform for communicating important developments, initiatives and messages through a variety of media channels and concepts.