The Vurger Co: on a Mission to Revolutionise Fast Food 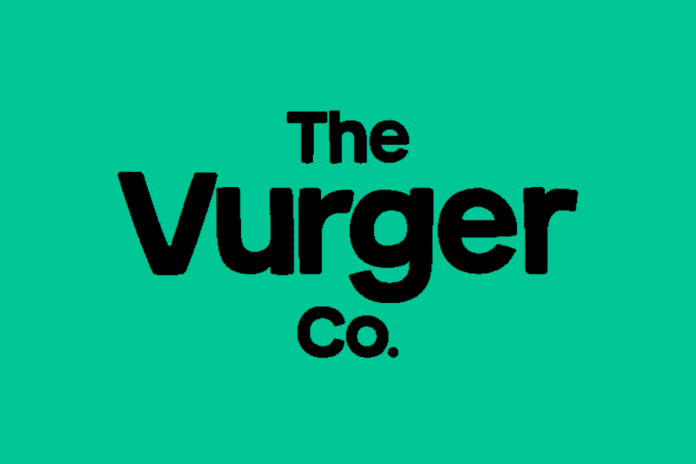 Nowadays, being vegan doesn’t mean you have to miss out on junk food, as companies like The Vurger Co. have found ways to make fast food cravings vegan, delicious, and environmentally friendly.

How it all began

The Vurger Co’s success story began only four years ago. The small market stall quickly became a favourite amongst vegans by hitting festivals, pop ups and events in London and beyond.

It all started with a trip to California, where The Vurger team “discovered a whole new wave of plant based living” and found new and interesting tastes and textures that “certainly weren’t available in London at the time in 2016.”

On its website, The Vurger Co said: “Making our way back to London and settling back into our day to day lives, we couldn’t believe how restricted our diet was. We couldn’t access great fresh vegan food packed with flavour that didn’t have a base of seitan or a substitute that was nutritionally obsolete. So we immediately knew that there was an incredible opportunity to create a restaurant concept that made vegetables the main event, in fun, interesting and fresh new ways. That’s when The Vurger Co. was born with a mission of revolutionising fast food through the power of plants.”

Another exciting thing that makes The Vurger Co. stand out in an increasingly competitive market is the fact that Gaz Okley is Vurger’s Chief Executive Chef. Okley teamed up with the small vegan business in June 2018 “to create the most amazing vegan burger.”

That being said, The Vurger Co. is offering more than just the standard fast food burger with a menu that provides everything a vegan heart could possible desire. Made up of 100% fresh vegetables, nuts, seeds, legumes and grains, the meat free menu has several burgers to choose from. A customers’ favorite is the Auburger which, as the name already suggests, uses aubergine and chickpeas as a base and is topped with pickled cabbage and house-made cumin mayo. Covered with gherkins, red onion, tomato and the house-made burger sauce, the Classic is made of a combination of black beans, corn and chargrilled pepper. Another great hit was the Buffalo Vurger with buffalo chicken patty, vegan cheese, gherkins and crispy onions.

While the COVID-19 crisis presented an unplanned hurdle for most businesses, The Vurger Co. 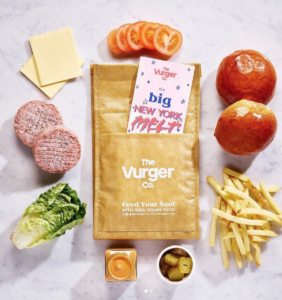 launched a make-at-home meal kit for nationwide delivery which is available for £18.95. This contains two New York Melt Burgers and fries, along with simple instructions on how to cook the tasty bites. But besides burgers, the vegan restaurant has various other meat-free options in store, including Mac n cheese, Kentucky bites, shakes, fries, caeser salads and wraps.

The Vurger Co. might also be the right place for those who wish to make a positive contribution towards the environment with their choice of food. The company claims that all of its packaging, which mainly comes from a company called Vegware is sustainably sourced, made from plants and is 100% compostable. The vegan fast food business completely avoids the use of plastic for utensils and claims that “nothing goes to landfill.”

This is an important decision considering that in the UK, approximately 6.6 million tonnes of household food waste is thrown away each year, of which 4.5 million tonnes could have been eaten, a 2018 study conducted by WRAP has revealed.  Food that has been thrown away and ends up in landfill is far from being harmless, as it produces harmful methane which is a green house gas with a global warming potential 21 times higher than carbon dioxide (CO2).

That in mind, it is safe to say that tasty fast food and veganism is very well compatible and the right choice of quick meals can benefit animals and the planet.