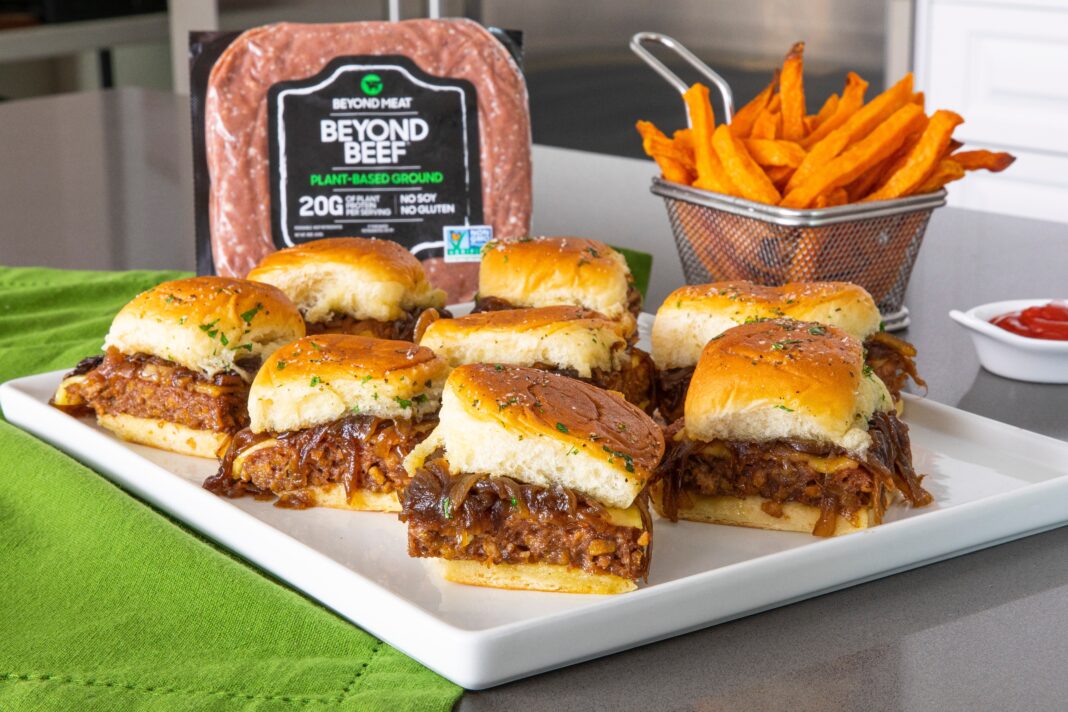 People all around the world are warming to meatless meat options like plant-based burgers. Some avoid meat, dairy and eggs because of ethics and environmental concerns, others do so because their consumption can increase the risk of heart attacks, cancer and conditions such as diabetes.

Meat, in particular, contains high amounts of saturated and trans fats which can increase blood cholesterol. This can then increase the risk of stroke and heart disease.

In the United States, the Impossible Burger is a flagship meatless product sold in some 5,000 restaurants. It is a meat-free patty designed to taste just like meat, using soy to give the burger its meat-like flavour.

Beyond Meat now produces its own version of meatless meat, a pea-based, beet juice-coloured burger available in supermarkets and restaurants across the U.S and U.K.

Fast-food chain Carl’s Jr. partnered Beyond Meat and launched a Beyond-based burger in over 1,000 restaurants.

Other companies like Nestlé and Cargill are itching to join the rat-race to invest in the vegan meat sector and cash in on its expanding global market.

The growing interest in plant-based meat alternatives is not specific to North America and Europe.

The number of vegetarians in the Asia-Pacific grew from 488.5m in 2014 to 496m in 2018, according to market research figures released by Euromonitor International. India accounts for 397m of these vegetarians, while China is home to 56.7m.

The market for pork substitutes in China is potentially very lucrative because of its 1.4bn people who ate 55m tonnes of pork in 2017.

In China, pork substitute Omnipork was developed to replicate the success of Beyond Meat and Impossible Foods at a time China’s pig farms were hit by African Swine Fever which led to the death of about 130m pigs and pushed up retail prices of pork.

Omnipork was first launched in restaurants in Hong Kong in April 2018. Hong Kong has one of the highest levels of meat consumption per person and daily consumption of pork and beef is four times that of the UK, according to the University of Hong Kong.

These burgers may have recorded some successes because of their imitation of meat, but the backing from the heavily meat-based fast-food industry shows that there is an increasing consumer demand for these meatless meats. With the market expanding and meat-free populations increasing, the future is seemingly golden for those companies willing to embrace a plant-focused menu.

Alejandro Meola
Alejandro is a freelance journalist and writer with a degree in investigative development. He is experienced writing for digital media, magazines and radio, covering multiple sources and areas over the last five years.
Previous article5 Vegan-friendly boutique hotels around the world
Next article10 celebrities who are vegan and loving it!