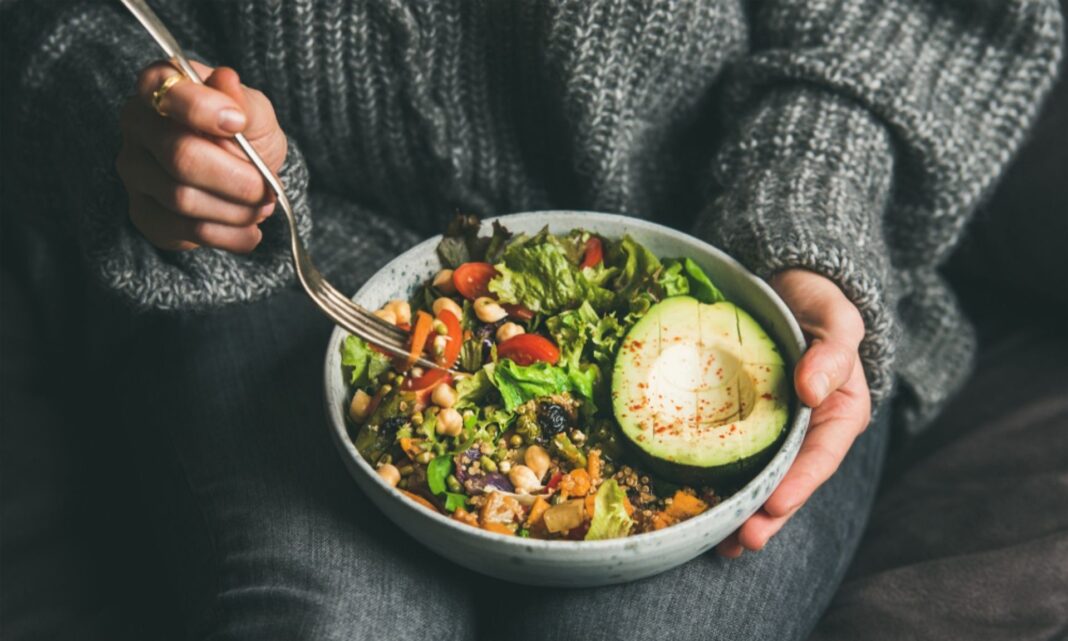 A recent study published in Critical Reviews in Food Science and Nutrition claims vegetarians/vegans are at a higher risk of depression, anxiety, and self-harm. One reasoning could be that individuals may have already had poor mental health before turning plant-based, making it a behavioural marker.

Another theory suggests a diet deficient of essential vitamins like B12, folate, omega-3 fatty acids, amino acids and iron may be the reason. All of these vitamins are vital for regulating mood-controlling chemicals, metabolic processes and brain function, which can all affect your mental health.

Sometimes veganism takes an emotional toll on individuals, like activist Zoe May, who expressed this after converting to the diet. But many vegans have found the plant-based diet has improved or maintained their mental wellbeing.

Veganism can get you out of a slump

After learning about mindfulness and taking care of himself, cognitive behavioural hypnotherapist Alexander James decided to spread compassion in other areas of his life.

Coming from a Greek family, James was what he calls a “land meat-eater”. He regularly went to the market and bought all the cheeses. But this soon changed. “All of a sudden, the thought was: ‘No one’s going to be hurt anymore.’ And it was as profound as that, really,” he explains.

James also watched the documentary Cowspiracy. Already eco-friendly, he says he realised going vegan wouldn’t just help his health, but the environment too. But it was mostly his compassion towards animals that stopped him from eating meat: “It all became very gross overnight, which was weird.”

The therapist reveals that by ditching meat, he not only feels positive but energised too. When discussing his mental health, James could not be any happier.

“I always say to myself: ‘The only person that’s getting hurt is me’ and I really like that,” he says. He also ensures he is eating more vegetables, revealing how giving up meat has made him more energetic than before: “I don’t get that slump anymore. And having a healthy body is all linked, so I agree that it does help your mental health.”

You don’t feel that guilt

The Nutritional Journal suggests vegetarians may be happier than meat-eaters. Additionally, the National Bureau of Economic Research found a correlation between eating fruits and vegetables and having a “high wellbeing”.

Natasha Tyler is the founder of the UK’s first vegan, natural, and sustainable shop, The Kind Store. “By going vegan, I felt like a weight had been lifted,” says Tyler.

The entrepreneur doesn’t believe in giving money to industries she disagrees with. By boycotting animal-based products, Tyler feels she is helping reduce the demand and production of meat.

“You feel lighter. The choices you’re making are having a positive impact on animals’ lives and hopefully reducing the amount that are being killed,” she explains.

She was also able to realise that the underlying sense of superiority against animals is gone: “It is just that feeling of thinking you’re equal to everything else, you’re not better, and I just think that puts you into a better place for no matter what comes at you in life.”

After considering turning to a vegan diet, Sierra Hazelton, a psychology student and vegan influencer, went vegan after watching Cowspiracy. She was also 18 years old when she was officially diagnosed with depression.

“My mental health wasn’t very good, but I was also younger at the time, so I don’t know whether that had anything to do with it,” says Hazelton. Despite taking medication for her depression, Hazelton reveals that her diet change has helped her a lot mentally. “It was definitely a lot worse than it is now,” she says.

Many studies have been conducted to determine whether there is a positive correlation between veganism and mental health. In 2015, a study published in the American Journal of Health Promotion examined whether a plant-based diet could improve depression, anxiety and productivity. Some participants were told to follow a vegan diet for 18 weeks, while others were told otherwise and had to fill out a questionnaire about their moods. The examination concluded that the group that followed the vegan diet reported a significant improvement in its depression, anxiety and productivity compared to the other participants.

Another study published in Nutritional Neuroscience found that out of the 800 participants, vegans and some vegetarians reported less stress and anxiety than their meat-eating counterparts. This study was the first large-scale investigation of how plant-based diets may impact mental health.

James, Tyler and Hazelton all claim that going vegan has benefited their mental health in many different ways. All three have revealed they take supplements (mainly iron and B12) to make up for what they are not obtaining in their everyday meals.

Although the latest study may suggest otherwise, vegans can follow the diet and have a positive mindset. This should be a diet that is rich in the vitamins needed to maintain good mental health. However, it is important to remember that regardless of what diet you follow, you should eat the right foods and seek the appropriate guidance to take care of yourself and your mind.

Anam Alam
Anam is a freelance writer for The Vegan Review and a student studying journalism. She is a passionate writer who possesses a range of skills ranging from audio, video, editorial and creative writing. Her goal is to educate the public and the world with stories that she feels need to be talked more about in society.
Previous articleThe Edgy Veg’s Candice Hutchings: ‘First and foremost, it’s about the animals’
Next articleSumear Safdar-Robins: The man bringing aged cheesemaking to the vegan world