Exclusive: Tofurky CEO on filing the lawsuit against the vegan product labelling ban 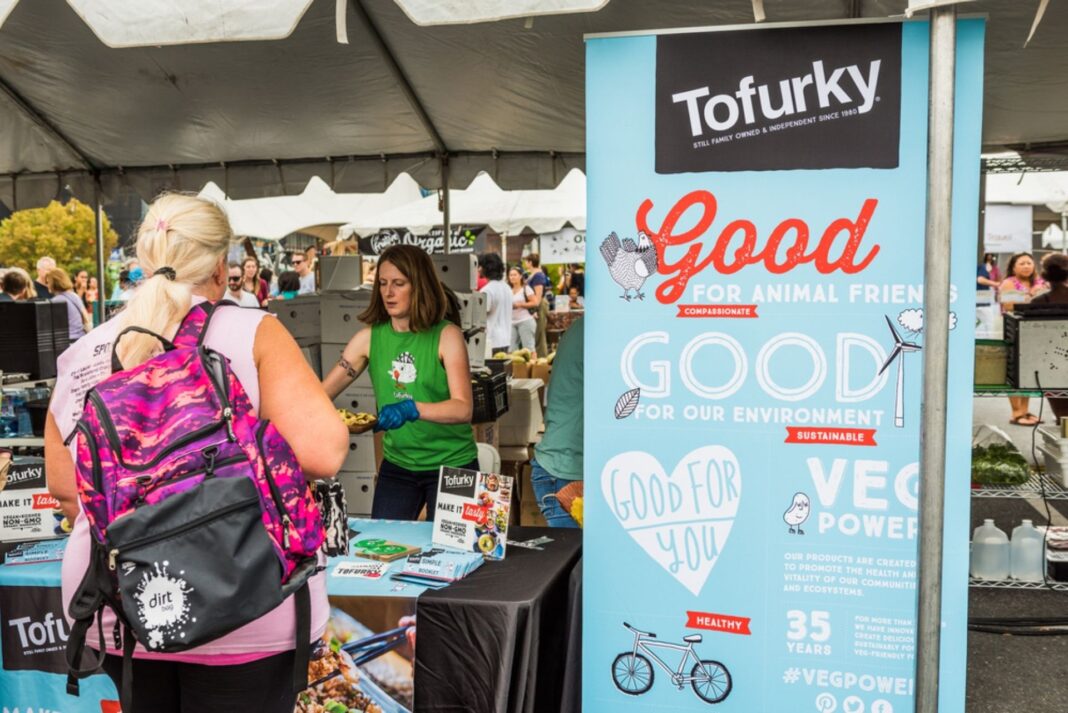 Tofurky and its representatives speak to The Vegan Review about their lawsuit challenging the ban of terms like “veggie burger” on vegan product labels.

On October 1, the US state of Louisiana passed a law that would see fines of up to $500 per day “for any plant-based meat product marketed or sold with terms like “burger” and “sausage” on their labels”.

Speaking to The Vegan Review, Jaime Athos, president and CEO of Tofurky, said of the lawsuit: “The government has no business censoring truthful, non-misleading speech, and our first amendment rights don’t evaporate just because we are engaged in that speech in the context of selling products.

“If the use of terms like ‘burger’ or ‘sausage’ in the context of plant-based foods were false or fraudulent, then the government has ample power under state and federal consumer protection laws to address that. This is a hail mary-attempt to shore up the animal agriculture industry, which is seeing the tide turn against it in terms of consumer preferences, and we fully expect the courts to see this as the blatantly unconstitutional, protectionist effort that it is.”

The Louisiana law is further challenged by the existing Food and Drug Administration regulations. Athos explains: “These sorts of labelling approaches fall under the common or usual name provision of the FDA’s regulations, meaning that we are only using the language that everyday consumers use when they talk about plant-based foods.  Were we to label our products using terms other than what they are familiar with, like ‘burgers’ or ‘sausages’, then those consumers aren’t going to have a clear idea of what they are buying.

“And that’s obviously the point here: to confuse customers away from the products they are now intentionally choosing more and more. It’s a blatant attempt to inhibit the incredible success of the plant-based industry. I think we’d all appreciate it if our elected officials considered the will of the people they were chosen to represent, and their constituents want to eat healthier, more sustainable plant-based options.”

He adds: “Favouring one industry over another is just not an appropriate use of government power, particularly when those efforts thwart the ability of everyday people to make more responsible eating decisions.”

Suggested alternative terms like “veggie pucks” and “vegan tubes”, join the likes of “veggie discs“, as animal agriculture industries across the US and around the world attempt to challenge the rise in global sales of plant-based alternatives.

Amanda Howell, senior attorney at Animal Legal Defense Fund, said: “We filed our lawsuit challenging Louisiana’s law shortly after the law went into effect on October 1. We are awaiting the state’s response to our complaint and we will likely seek a preliminary injunction to prevent the law from being enforced while the court decides whether the law is unconstitutional.”

“The First Amendment protects truthful commercial speech, and the burden is on the government to justify these speech restrictions by showing there is a substantial government interest at stake — in this case preventing consumer confusion — and that these laws directly and materially advance that interest. The states must also show that the laws are no more extensive than necessary to achieve their stated interest. But because we have numerous state and federal laws that already prohibit misleading marketing and packaging, the states’ arguments do not pass the laugh test.”

Tofurky and its representatives have filed lawsuits in several other states. “In an order granting our motion for preliminary injunction, the district court in Arkansas agreed that Tofurky is likely to succeed on the merits of its First Amendment claims and entered an order that prevents the law from being enforced until the court makes a final ruling in the case,” said Howell. “Meanwhile, we’ve appealed the Missouri district court’s denial of our motion for preliminary injunction, and that appeal is pending before the 8th Circuit.”

She explained that wasting legislative and judicial resources simply to shore up a damaging and dangerous industry should concern everyone, regardless of their dietary preferences: “Our government should not be used to undermine the growing plant-based industry simply because some state lawmakers are beholden to animal agriculture’s special interests.”

She added: “The FDA, FTC, and state attorneys general have never taken umbrage with clearly labeled products like ‘plant-based hot dogs’ and ‘veggie burgers’ because no consumer is misled by those types of labels. And consumers are more likely to understand what a ‘plant-based hot dog’ is rather than a ‘veggie tube’.

“The animal agriculture industry knows this, and that’s why it’s pushing for these unconstitutional laws to be passed. If states were truly concerned about protecting consumers, they would not be passing protectionist laws that restrict consumers’ access to information and products that are better for their health, the environment, and animals.”

Jessica Fox
Jessica has been vegan for nearly 20 years; over the past 8 years, she has been actively involved in the London vegan community, organising and hosting a variety of vegan events.She also regularly hosts walks, potlucks, and art/creative writing workshops. Jessica is an artist, writer, and genealogist; she loves photography, swimming, and walking in the countryside and seaside.
Previous articlePlant-based chicken: Nando’s embraces the alt-meat trend
Next articlePlantMade Veg Bhurji review: How does India’s liquid vegan egg fare?