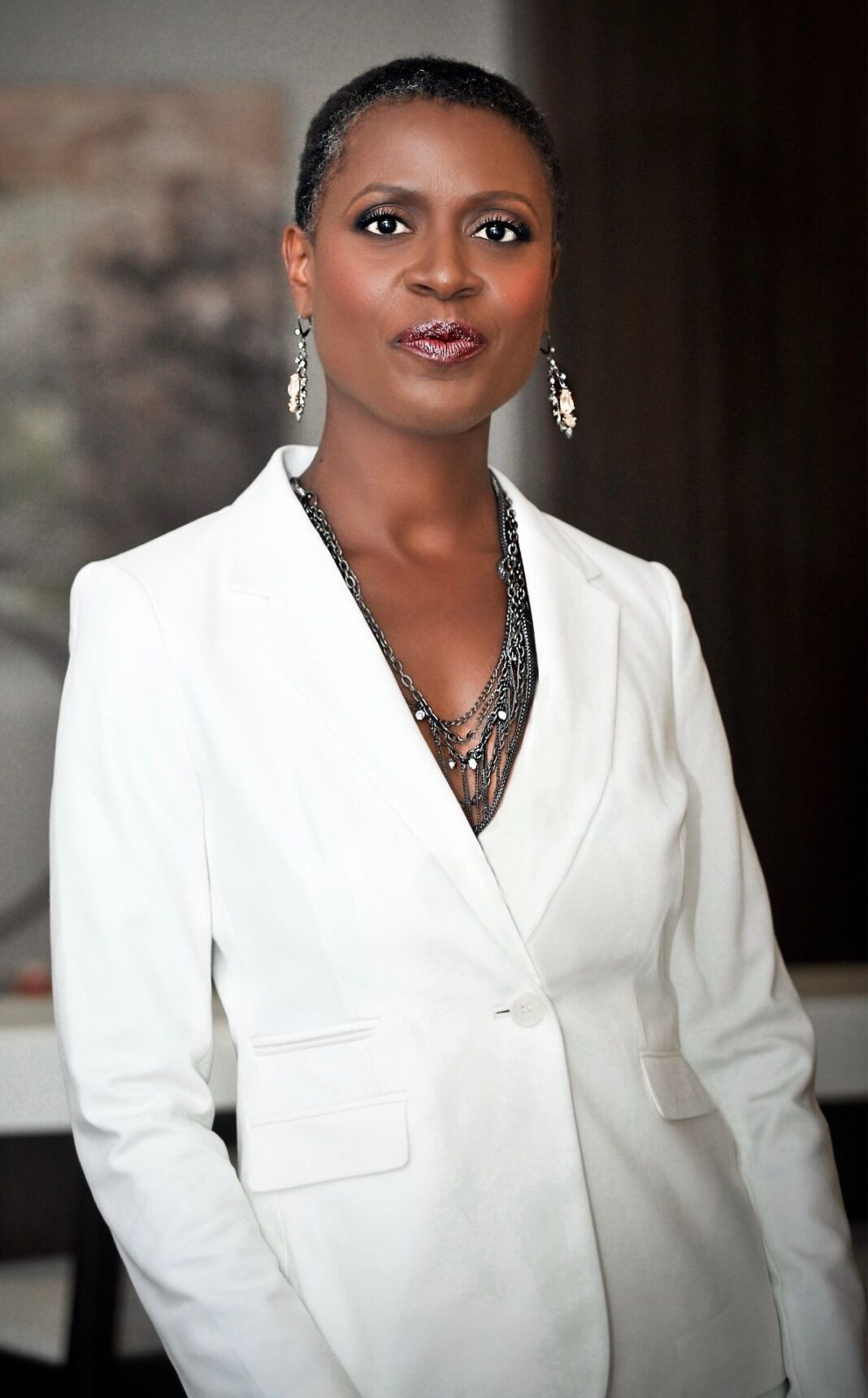 American nutritionist Tracye McQuirter talks about her tricky path to veganism, career change, and her passion for helping other African American women.

A brave seventh-grader from Sidwell Friends School in DC writes a petition against their class camping trip going vegetarian. She thinks this is a “horrible idea” and puts it down to her teachers being “crazy”. This is the first time Tracye McQuirter heard about vegetarianism, but little did she know that years later, she would become a vegan nutritionist, publish the first-ever diet book for vegan African American women and discover how veganism can reverse the health conditions that Black women face.

Her mind was changed by Dick Gregory, a global human rights activist, who came to talk about the state of Black America to Amherst College, where she was studying Black Studies and political science.

“We were expecting him to talk about his political activism and he did, but as it relates to food,” says the Washington DC-based vegan nutritionist. “He talked about it in a way that tied food with social justice, the civil rights movement, with liberation struggles and all kinds of isms… It completely rocked my world and changed my life.”

McQuirter decided to go vegetarian after the lecture, but it didn’t last long. “I thought he was crazy and couldn’t do it.” But Gregory’s words stayed with her, so she decided to research, which wasn’t easy as it was 10 years before the internet. Her determination pushed her until not only she but also her mother Mary and sister Marya turned vegan 33 years ago. “My biggest challenge was letting go of cheese. It took me about a year-and-a-half,” she says.

McQuirter encourages anyone who is struggling with the transition to “hold on to the aspiration”: “Know that you are still on the path, and it’s not a race, it’s not a competition, it’s your journey. From my experience, people take two steps forward, three steps back. They go back and forth, and it doesn’t mean that they failed.”

Her new lifestyle also influenced her career, as she decided to go to graduate school in 2001 and get a master’s degree in public health nutrition, leaving her director position at Mary McLeod Bethune National Historic Site.

But she didn’t stop her career growth when becoming a vegan nutritionist. McQuirter noticed that most of the vegan books in late 80s and early 90s were targeted at white women. So she set up to write the first vegan diet book for African Americans called By Any Greens Necessary. McQuirter says: “I wrote this book because I wanted to read it myself and it did not exist.”

For her second book, Ageless Vegan, she decided to work with her mother. “I wanted folks to know about my mother as a healthy woman in her 80s, who had no chronic diseases, was on no medication, still had the same weight and health markers as someone who is in their 50s, according to her doctors.”

The book was also inspired by their shared passion for cooking and food. McQuirter loves the colours and flavours of different cuisines, her favourites include Thai, Indian, Ethiopian, Mexican as well as Italian.

But unlike many vegans, she doesn’t use processed food, which makes her vegan diet affordable. She recommends “trying to buy primarily from the bulk bank, which means buying dried beans, dried grains, dried spices and relying on non-packaged foods as primary ingredients for meals” to keep it cheap.

To celebrate the 10th anniversary of her first book that helped Black women turn vegan “in large numbers”, she wanted to do something “big and bold”. So, she launched the 10,000 Black Vegan Women Movement to help even more African American women become vegan.

African Americans suffer from the highest rates of heart disease, stroke, diabetes, and cancer in the US and are also twice as likely to die from coronavirus because of pre-existing chronic conditions, “which are largely diet-related”.

McQuirter labels “systemic white supremacy” as the reason behind these numbers: “It affects every aspect of life, health, housing, education, employment. The people who are the most oppressed in that type of society are going to have the worst health outcomes. And in this case, that’s African American women.”

She adds: “We have the least access to the healthiest food, that means that we are targeted by the fast-food industry. We have less financial resources, we can’t afford to access healthier foods in large numbers.”

McQuirter says that veganism is the solution to this as foods such as whole grains, beans, nuts, fresh fruits and vegetables are “the healthiest ingredients”.

The nutritionist’s main goal for the movement is to offer a community experience and support not only from herself but also “from other women at various stages of their vegan journeys”. “We still have the power to take back control of our health and one of the best ways to do that is to eat a healthy whole food plant-based diet,” says McQuirter.

Diana Buntajova
Diana is always looking for the environmental aspect of every story. She is interested in health and lifestyle, hoping to point to issues that are often overseen. Diana has explored topics including B-12 deficiency in the vegan diet, fears about exotic skin farms sparking another pandemic, and the Oreo controversy. Currently studying Journalism at City University of London, she enjoys everything to do with visuals especially photography. Creative and detail-oriented in both her visual and written work. On a mission to find the best vegan cheese and can't resist beyond meat burgers.
Previous articleTaiwan’s plant-based meat market is on the rise
Next articlePlant-based chicken: Nando’s embraces the alt-meat trend