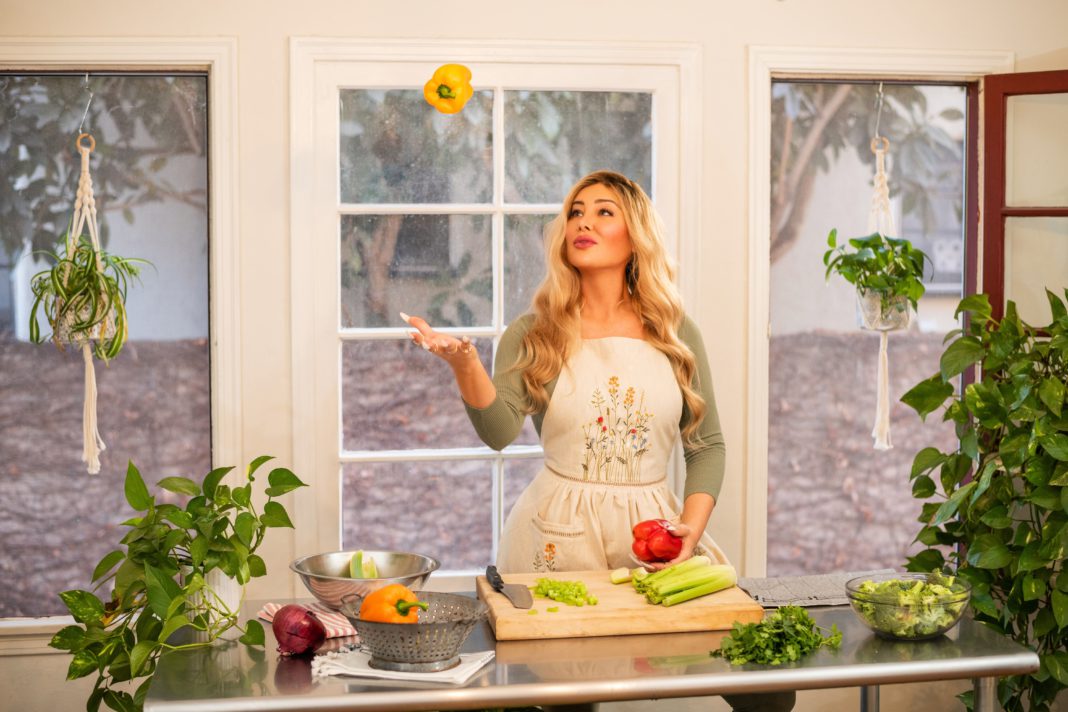 Billie Lee, the face behind She’s So Vegan, on communities, cookbooks and cooking classes, and fighting the challenges of going vegan.

“My thing is, even if it’s product advice or something, it doesn’t matter who you are, what gender you are, you can go to She’s So Vegan, see what she’s up to and see what kind of advice she has,” says vegan advocate, transgender activist and television personality Billie Lee.

She created She’s So Vegan to inspire others into joining the world of plant-based living, with her business deeply rooted in her heart.

“Around ten years ago, I was travelling a lot and I always had stomach issues,” she recalls. “I kept blaming it on travelling: ‘Oh, you know, I’m in a different country and the food is not the same.’” After being encouraged to have some blood tests, Lee found out that her body had trouble processing pork and eggs, foods that she regularly ate, especially back home with her family in Indiana.

She tells me: “My doctor was like: ‘I want you to go vegan for 30 days, just to see how you feel.’ And the cool thing is, she actually gave me some documentaries to watch. One was Forks Over Knives, which was a huge game-changer.” Lee’s stomach issues slowly started to disappear and along the journey, she educated herself on agriculture and animal abuse, and she has been vegan since.

“At first, it was difficult,” she says, as Lee was born and raised in a small town where, growing up, McDonald’s was considered a fully nutritional meal for her. “But the more I learned, the more strength I had to say no.” Watching documentaries and learning about the truth behind factory farming and where our food comes from eased Lee’s transition to veganism.

“I think education is key,” she adds. “A lot of people will try to do something, but then they don’t watch enough educational videos to really learn and see. And there are those people that say: ‘Oh, I don’t want to see those videos that will scare me.’ But that’s the point, because you really do need to know where your food is coming from.”

She’s So Vegan was born early during the pandemic, and although the brand was unable to have a large launch party, it has been extremely successful. Lee says: “I was, like everyone else, at home cooking every day and I just started creating recipes. And then we decided to launch later in 2020, and it’s doing really well.”

Her brand is expanding, with a soon-to-be-launched product line and a larger team in the works. “I’m really excited just to have that platform to help educate and inspire people,” she adds.

The name was inspired by those around her. Lee says: “My trans sisters, who I hang out with all the time, they’ll swing by and have lunch and I’ll cook for them all the time. They just joke around and they’re like: ‘She’s so vegan.’ And I was like: ‘You know what? I am going take that and run with it.’”

She adds: “I love the fact that it’s founded in feminine energy because I think that’s really important. As we evolve, we are the ones who are really going to be doing the healing, the feminine energy and the mothers of planet Earth, so I wanted it to be rooted in that.”

Lee enjoys growing She’s So Vegan as she is able to bring together so many communities. “I love all the projects I’m working on. I’ve always tried to think about how can I help in every aspect, if it’s with my trans experience, if it’s being vegan, if it’s also the animals or the environment. No matter what, I think I’m sent here to really create change.”

Lee has recently created an online recipe book, which is a Pride special, with some of her personal favourite recipes and ones that her friends enjoy too.

She currently has a book deal in the works as she aspires to have her own physical cookbook. She aims to inspire people to cook delicious vegan food. “Even my non-vegan friends are like 90% vegan now, because I introduced them to so many amazing things.”

Lee also hopes to reinvent some of her grandmother’s recipes. “My grandmother, who passed away, has a cookbook that we recently found. So, I’m going to take that cookbook and kind of transform it into a vegan cookbook, just switching a lot of the ingredients.”

A few years ago, Lee had her own restaurant, where she introduced lots of vegan items but due to increasing stress and pressure, she ended up selling it. “Later in life, I do want to have a restaurant again. I just would have to have more partners involved,” she concedes. “Having a restaurant and a cooking show would be really nice. I know my team is working on that as well. So, I think that’s going to happen.”

With experience in television, Lee is a natural in front of the cameras, having worked on many cooking shows as a guest as well as showcasing recipes on her social media platforms. She says: “When I’m on that soundstage in that kitchen, and there are cameras and I’m cooking, that’s my element. I just feel so at home. Cooking is a love language for me, and the cameras let me be more present and more available.”

As part of her mission, Lee does not want to be judgmental of others, and therefore, She’s So Vegan approaches veganism in a fun and inspiring way, uplifting those who follow her platform because she understands that the transition to veganism is challenging.

“I think we all go through things in life and it’s our journey to experience that, but also share it, so we can help other people not feel alone and also feel seen and heard,” she says. “We have to give a voice to the voiceless, and especially with animals, because they don’t have a voice. And our planet, you know? It’s suffering so much.”

Mansi Vithlani
Mansi Vithlani is a journalism student at City, University of London. A vegetarian her whole life and a massive foodie, she enjoys discovering more about veganism and eating vegan cuisine! She enjoys investigating social media based stories and how its influence has made a significant difference in the last few years.
Previous articleSpain’s ministers clash over campaign to eat less meat
Next articleFood labels: should animal products include pictures of their conditions?