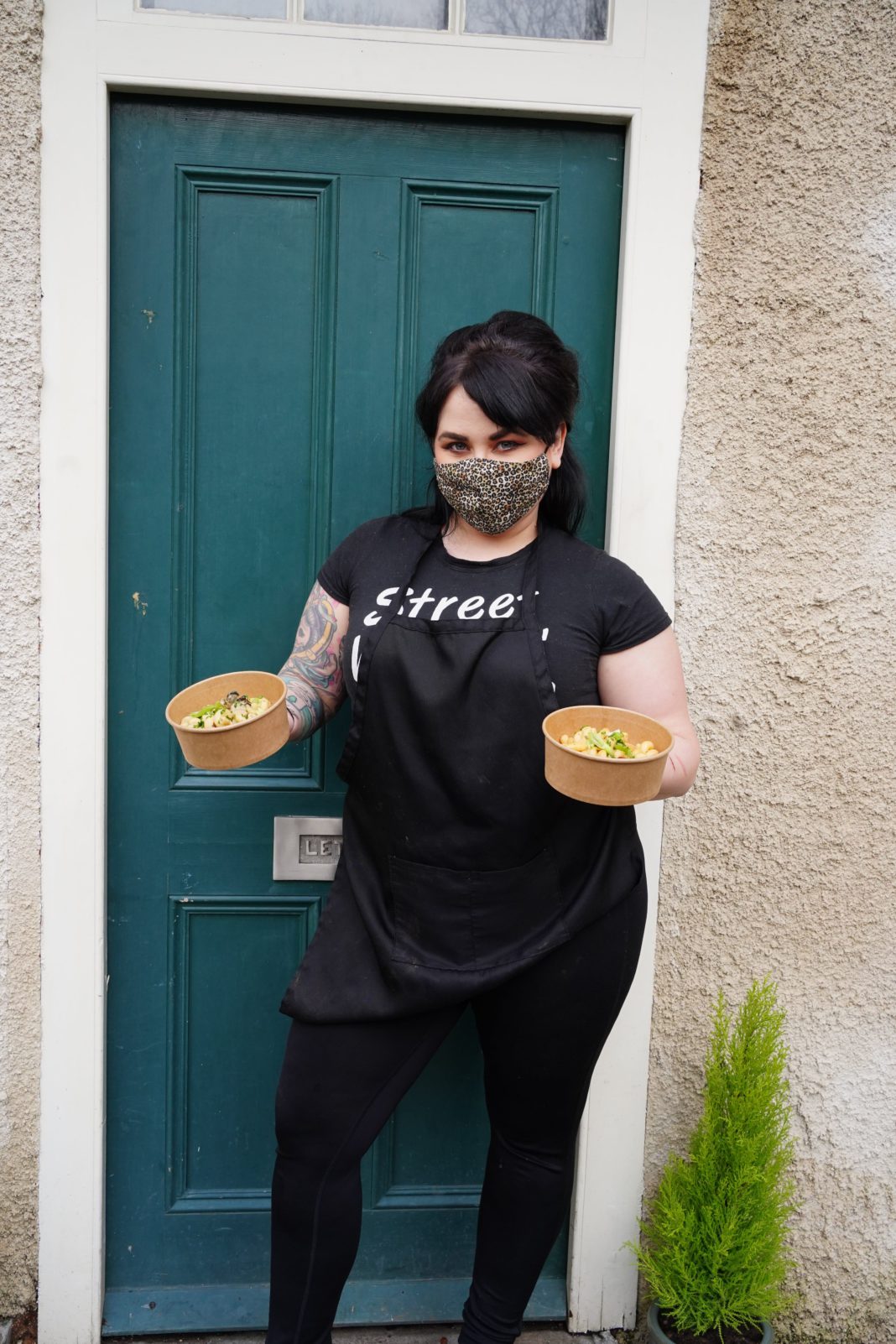 From touring the world to creating a vegan business, Lianna Lee Davies shares her passion for uniting music and veganism.

“For years, I’ve wanted to do this,” says Lianna Lee Davies, bass player for rock band Turbowolf. The music industry has been severely hit during the pandemic with growing uncertainty on whether musicians will be able to tour again.

Davies has experienced this firsthand. Prior to the pandemic, she would tour around the world alongside her partner Aidan Sinclair. However, she used the lockdown to start a vegan business she felt was missing in Bristol.

“As a kid, I never really liked the thought of meat. I always loved animals,” she says. Davies has been a vegetarian since she was 14 years old. Growing up in northwest London, Davies consumed a lot of Indian food that can easily be catered for vegans, and she has seen the development in the vegan scene with the aisles now filled with a large array of vegan alternatives. 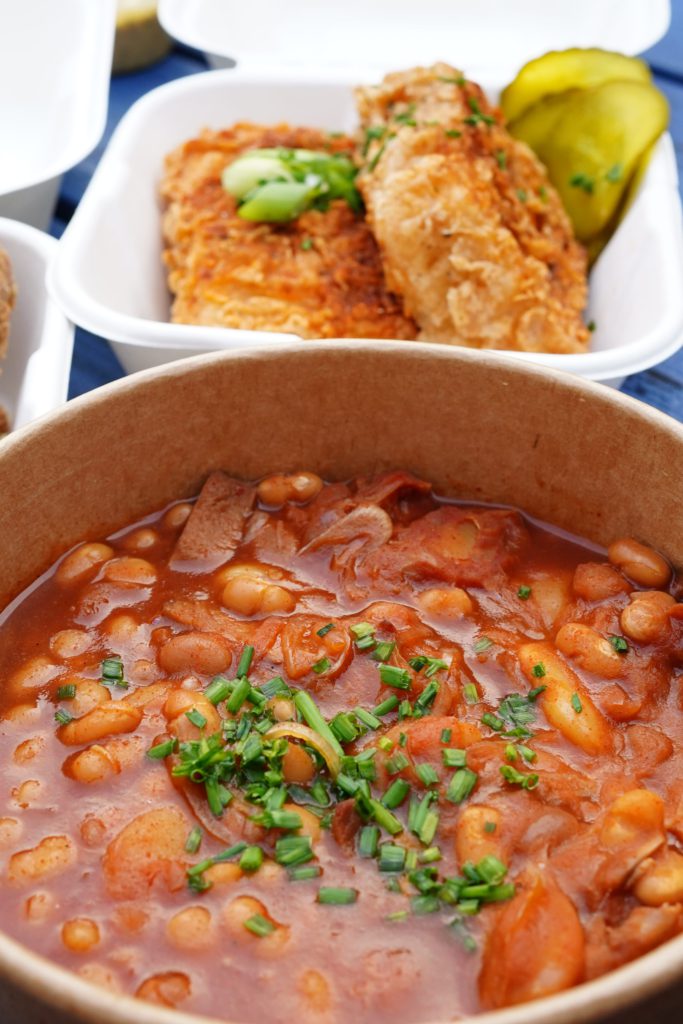 Her love for punk rock music fuelled her decision in becoming a vegan around 2009. “Veganism is such a big thing in the punk rock community,” she says, recalling her time juggling chef jobs in order to support her music career. Her passion for veganism drove her to start LD’s Kitchen with her musician best friend who moved back to Cornwall and set up its first vegan food truck.

Read our story about the intersection between veganism and punk rock.

During the first lockdown, Davies started to develop recipes alongside her job as a music teacher with the hope to get her food out there to the wider community of Bristol. Her inspirations root from her tour experiences. She also has a lot of family in America and has toured there. “I hit up every vegan place I can find on our tour route.”

She adds: “Some of my family had been vegetarian and vegan since the 70s. So, they inspired me and I kind of took it a step further.” She wanted to create a business that incorporated barbecue food infused with vegan meat alternatives. Adapting the barbecue beans recipe from her family, Davies has been curating meals that include faux chicken skin and vegan ribs.

The couple has a two-year-old son and Davies hopes to teach and inspire him about the world of veganism: “I want to show him compassion to animals.” Working alongside her fiancé, who aids with the logistic side, Davies has also employed musicians and artists who have lost everything throughout the pandemic. She says: “I’m hoping that we can try and group together with other musicians and create something positive.”

In the beginning, she supplied her recipe of the faux chicken breast to a pub in Bristol for its Sunday lunch option. That led to her own special Christmas delivery, which included her mock chicken breasts, smoked cauliflower cheese and a truffled flour cheese with mushrooms and leeks. 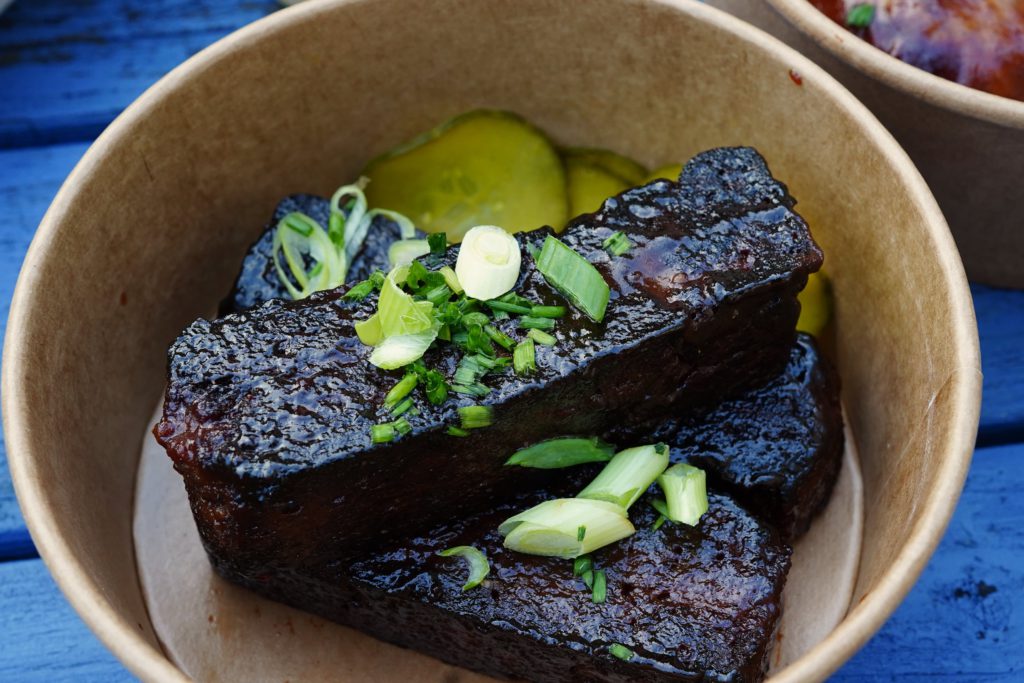 “Every other place is vegan now, which is so great to see,” she explains about the growing vegan scene in Bristol. However, for Veganuary, she decided to officially open for business as other vegan businesses in Bristol were not providing from the start of the year for new vegans.

“I think my glazed barbecue dry rubs breast is probably one of my favourites,” Davies says of her menu. Incorporating her home-style cooking from America, the barbecue beans have become a staple as well as using tofu to replicate chicken in various ways.

The brand is also zero-waste. “I don’t like waste on food at all. If I ever have any leftovers, I like to give it to the community. Coming from a really poor background in London, from a council estate, I want to help, be an educator, and support a local community and the children in it,” she explains. She aims to be as eco-friendly as possible with the packaging, which is recyclable and also has options to freeze some of her food. 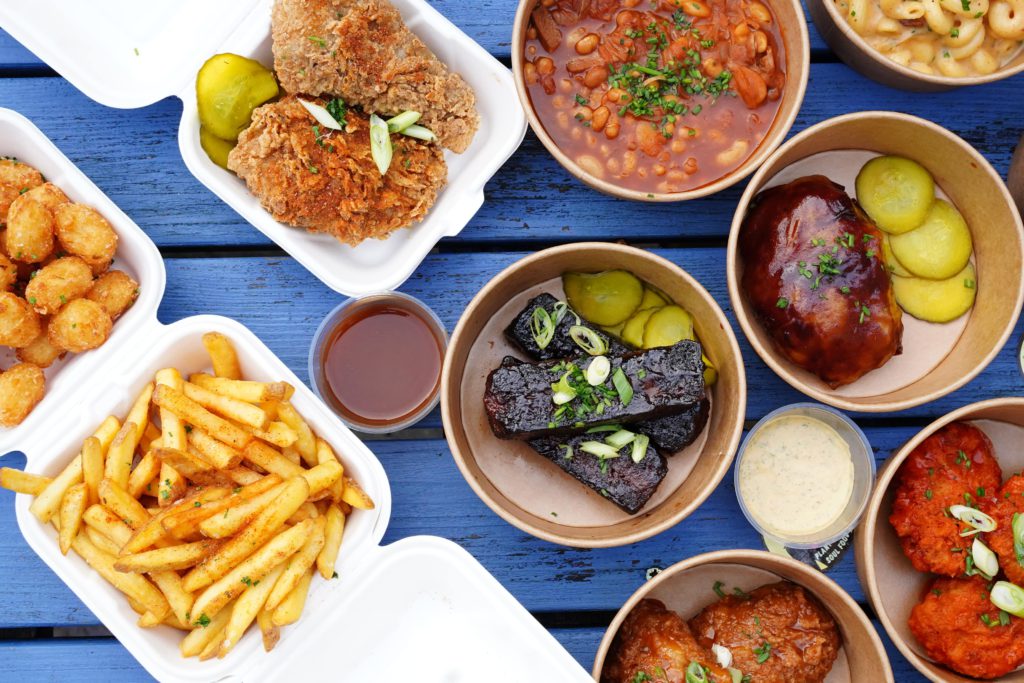 Music is incorporated in the brand and won’t be forgotten as Davies has been in the industry for a long time and has worked at various record labels. “My dream is to have my first bar and a late-night, rock and roll-style diner.” She hopes to bring to the plate unique vegan food whilst also uniting it with her passion for music as that is how she was introduced to this world. And she aims to spread the message that “you do not need to eat meat if you can have something that replicates it”.

Davies reflects: “I want to stick to the roots of bringing the culture of music and food together. I want to make it a place that people will visit when they are in Bristol.”

Mansi Vithlani
Mansi Vithlani is a journalism student at City, University of London. A vegetarian her whole life and a massive foodie, she enjoys discovering more about veganism and eating vegan cuisine! She enjoys investigating social media based stories and how its influence has made a significant difference in the last few years.
Previous articleWhat does vegan certification mean and is it necessary?
Next articleIs pasta vegan or does dairy-free eating mean excluding Italy’s best export?