What’s in a name? A tale of two industries and the battle of the labels 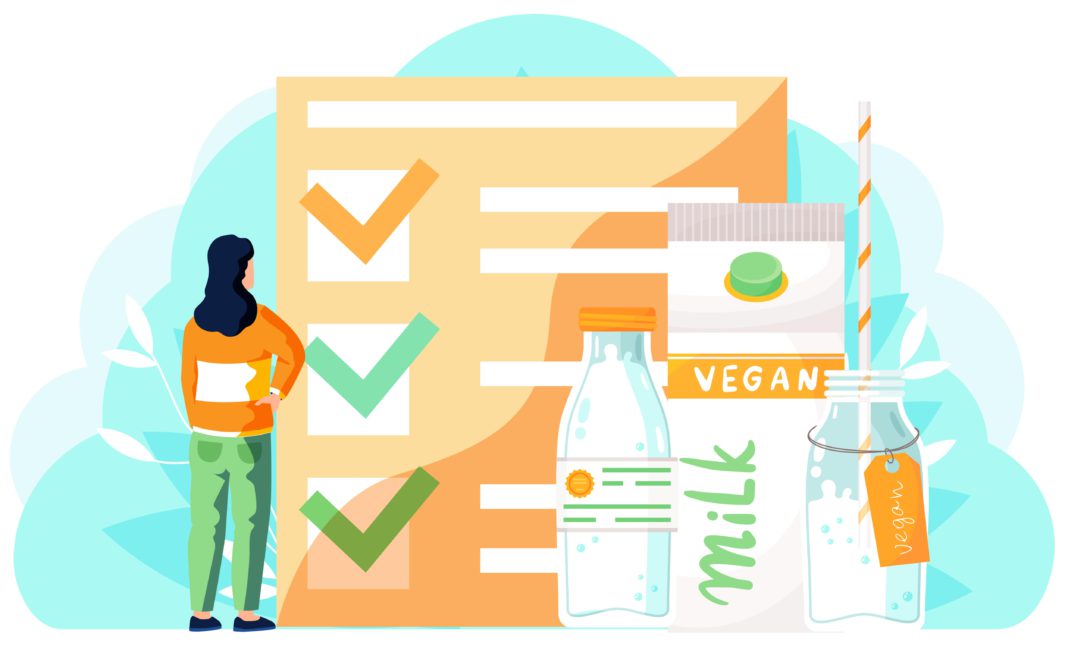 As the war on product labelling between the animal and plant-based industries rages on, the question arises: should vegan products change their names?

In 2017, the European Court of Justice stated that vegan products could no longer be sold in the EU under the names of their dairy equivalents. Since this ruling, plant-based companies are not allowed to use dairy-related terms on the packaging of non-dairy products. And if new rules, known as Amendment 171, are approved, they will no longer be able to use images, terms, or even packaging that resembles dairy products.

“As customers are increasingly moving away from eating animals, the demand for vegan products is rapidly growing, with over half a million vegans in Great Britain now,” says Dominika Piasecka, spokesperson for The Vegan Society. “There’s no denying that the meat, dairy and egg industries are feeling threatened, and this court case is a desperate move to try to restrict the marketing of vegan products.”

Find out more about why dairy alternatives can’t use such terms in our story.

The dairy industry fights back 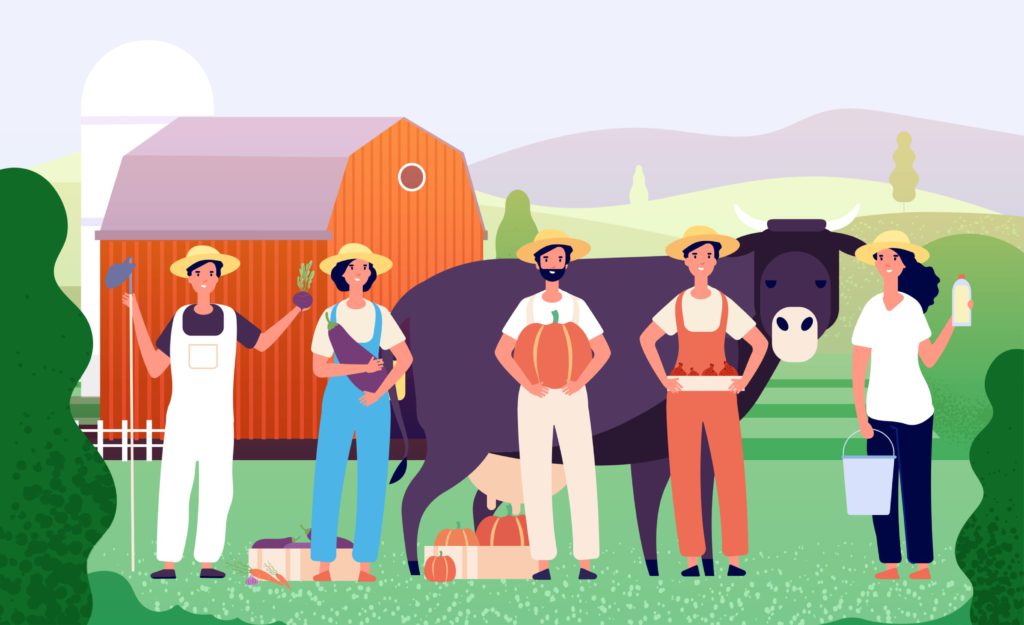 With more people transitioning to a vegan lifestyle, the demand for plant milk is rapidly increasing, with people’s desire for dairy products on the decline. This has produced kickback from the dairy industry, and not just around terminology.

In March 2020, we saw the birth of Februdairy — the dairy industry’s response to Veganuary. Dairy farmers united to share their own monthlong campaign to promote a message that cow’s milk is healthy, natural, ethically produced, and environmentally friendly. “There’s been a lot of bad press around the dairy and meat industry,” says Abi, a supporter of the Februdairy campaign who works for an agricultural supplier in Sussex: “Obviously, vegans are on the rise, which nobody has any problems with. It’s essential that farmers have that voice now more than ever.”

Read our story on Milk Future, an ongoing museum about plant-based milk.

Since Cowspiracy was released in 2014, people of all ages have been making dramatic changes to their lifestyles. And although the millennials may be the key drivers of the global shift away from animal-based products, it isn’t to say that the older generations aren’t also being impacted. The documentary argues that the meat and dairy industries are major contributors to the current climate crisis, discussing the environmental impact of animal agriculture, its contribution to greenhouse gas emissions, deforestation, and excessive water use.

Finding facts in a world of misinformation 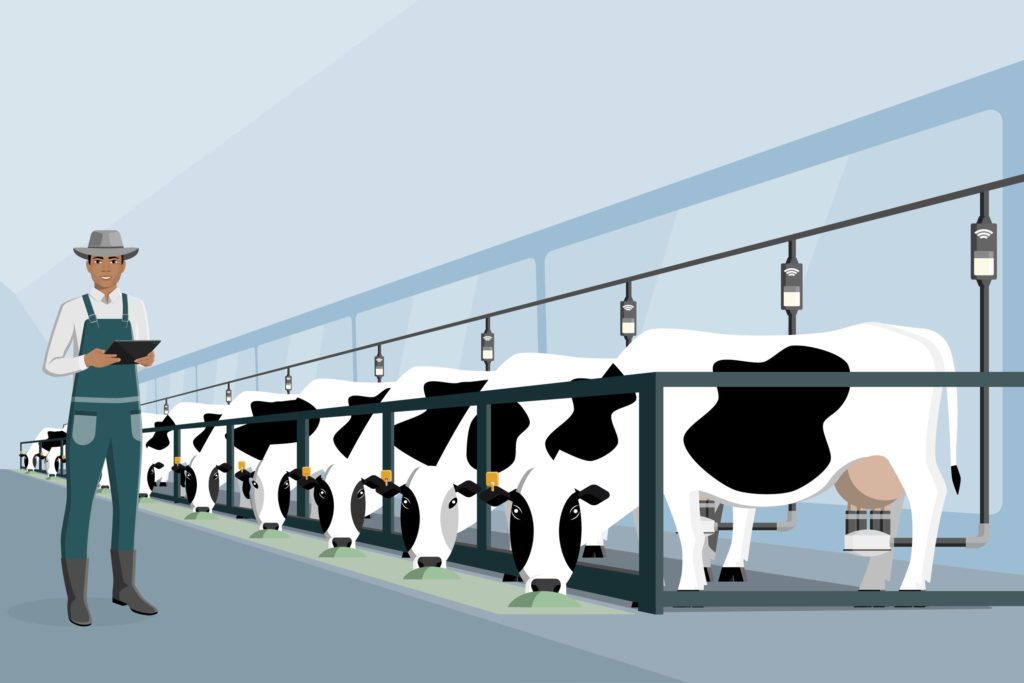 Consumers are becoming more aware of their carbon footprint. With the airing of the new television advert from the WeEatBalanced campaign earlier this year, it appears to show that the industries are pushing back even more. The nationwide campaign comes from the Agriculture and Horticulture Board: “We’re a group of food, farming, nutrition and environment experts who believe in a healthy, balanced and sustainable diet, where all foods have a role to play.”

The £1.5 million campaign comes from farmers joining together “in their ambition to bring high-quality, naturally nutrient-rich produce to people and are continuously driving towards a carbon-neutral food industry with high welfare standards at its heart”. The advert showcases the UK’s ‘world-class’ standards in sustainability and food production featuring pork, lamb, and beef dishes served with a dairy accompaniment.

In the middle of a climate crisis where the statistics and facts report that we must drastically reduce our consumption of meat and dairy, this current advert has been described as “irresponsible” by Cecilia McAleavey, Oatly’s director of public affairs: “It’s irresponsible to try and prevent us from encouraging people to make the switch to plant-based and help protect the planet in the process.”

Just last year, we saw another influential documentary from the inspirational and well-respected Sir David Attenborough. In A Life on our Planet, the veteran urges people to cut back on their meat consumption: “We must change our diet. The planet can’t support billions of meat-eaters.” 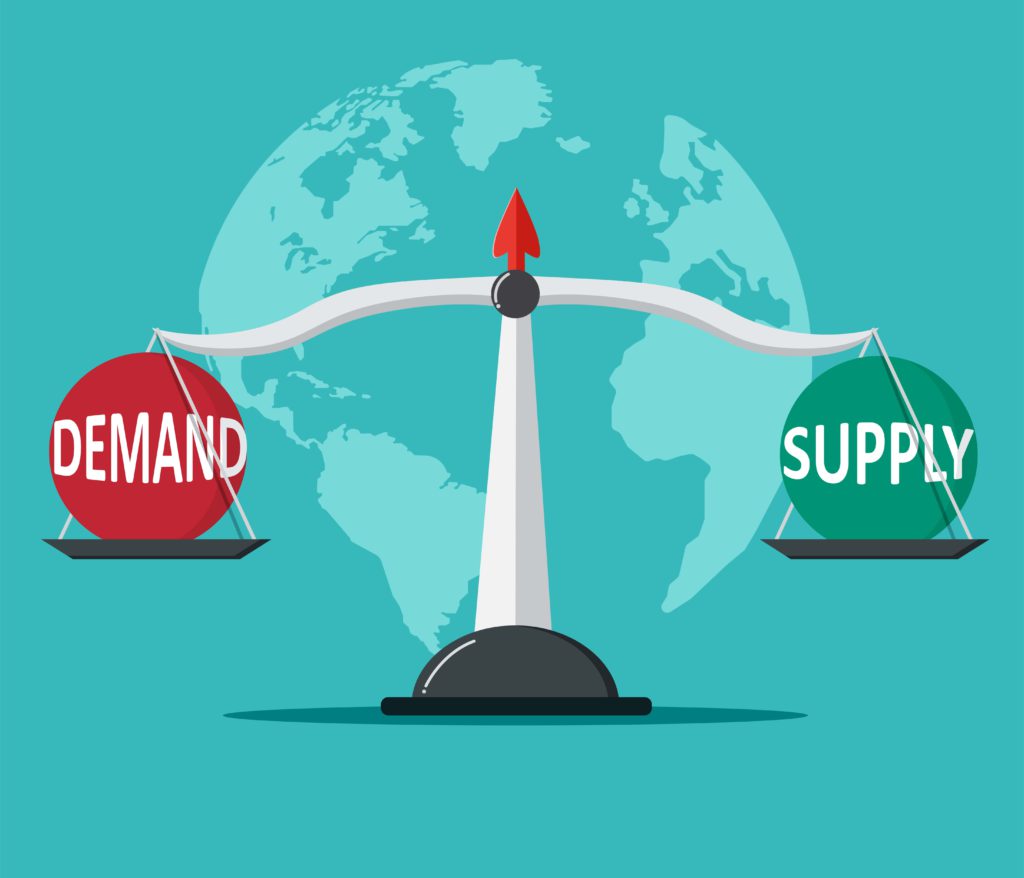 Throughout history, we have seen that with societal change comes conflict and resistance. The world is changing. With a record 500,000 people signing up for Veganuary this year — double the number from 2019 — people are putting their money where their mouths are by voting for what they believe in. As a result, customers are speaking and their voices are being heard.

The consumer world ultimately comes down to supply and demand. Instead of trying to halt the growth of veganism, should the animal agricultural industries adapt and evolve with the changing world, following the lead of farmers who have already transitioned to plant-based agriculture?

Battle of the labels 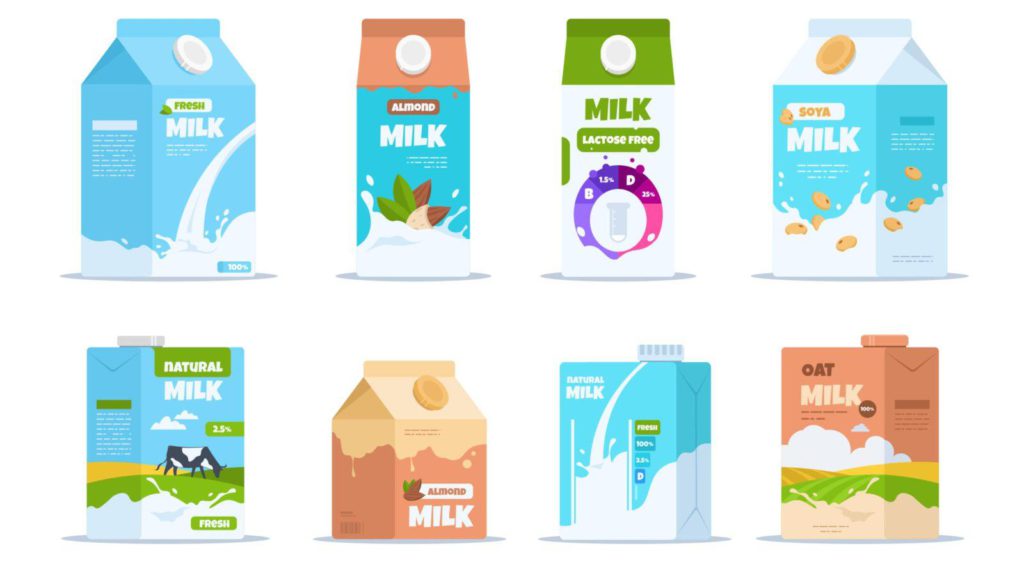 Despite whether someone is vegan or not, it is likely that they will have an opinion on or have been part of the plant-based food labelling debate. “Why do vegans still want to eat and drink things that resemble non-vegan food?” “Why would vegan food be called the same as meat and dairy products?”

Statistics show that people are turning to veganism for numerous reasons – health, ethics, environmental, and human rights issues are the main factors. This shows that the demand for plant-based products is increasing but when looking at the reasons for this, results show that people are not solely ditching animal products for ethical reasons or because they don’t like the taste, they are simply stopping for a bigger reason. Therefore, if someone has made the switch for environmental reasons but still likes the taste of animal products, why shouldn’t they have access to plant-based products that resemble and taste like their favourite foods?

For years, the meat industry has changed the names of its food products to make customers more comfortable without any backlash from other industries. In 2018, TV presenter, naturalist and wildlife photographer Chris Packham called for honest photo labelling on products: “There are photographs on cigarette packets of diseased lungs in an attempt to be factual but as shocking as possible, why wouldn’t we do it for food?”

The dairy industry, which lobbied for Amendment 171, argues that the labelling ban on plant-based milk products is necessary to protect consumers and ensure that they are not misled. “People are not stupid — everyone understands that this is an attempt by the dairy lobby to hinder the shift towards sustainable plant-based eating,” responds McAleavy. 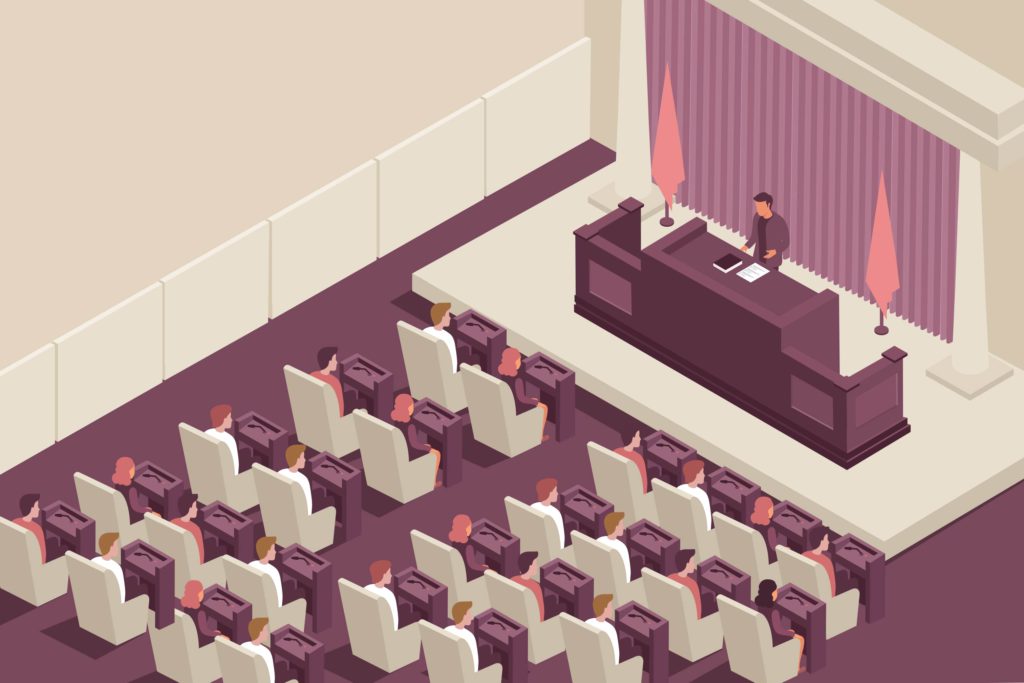 Although the amendment was voted in by MEPs, it is not set in stone yet, and it is hard to predict how EU institutions will proceed. Will they be persuaded by the “confusing to customers” argument pushed by the dairy industry, or will they value the “health, environment and sustainability” points made by the plant-based sector?

There is hope for vegan food companies — Amendment 171 was passed in the European parliament with a narrow majority (54%), which implies that enough doubt has been cast on the issue for the new rules to be ditched.

Read our story on how the plant-based labelling war is heating up around the world.

Tina Newman
Tina Newman is a writer, makeup artist and qualified Animal Nursing Assistant living in Suffolk, UK. She is the author of the vegan children's book series Vivi the Supervegan and mother to two little supervegans of her own. Tina had been vegetarian for 21 years until she found out what happens in the dairy industry and in September 2017 she went vegan overnight. She has been a passionate animal rights activist spreading awareness and helping to educate others ever since.
Previous articleThe best vegan yogurt brands in the US 2021
Next articleVegan nutrition brand pledges to plant a tree for every product sold