Over two-thirds of Brits ‘have or would consider’ a vegan diet, shows new survey 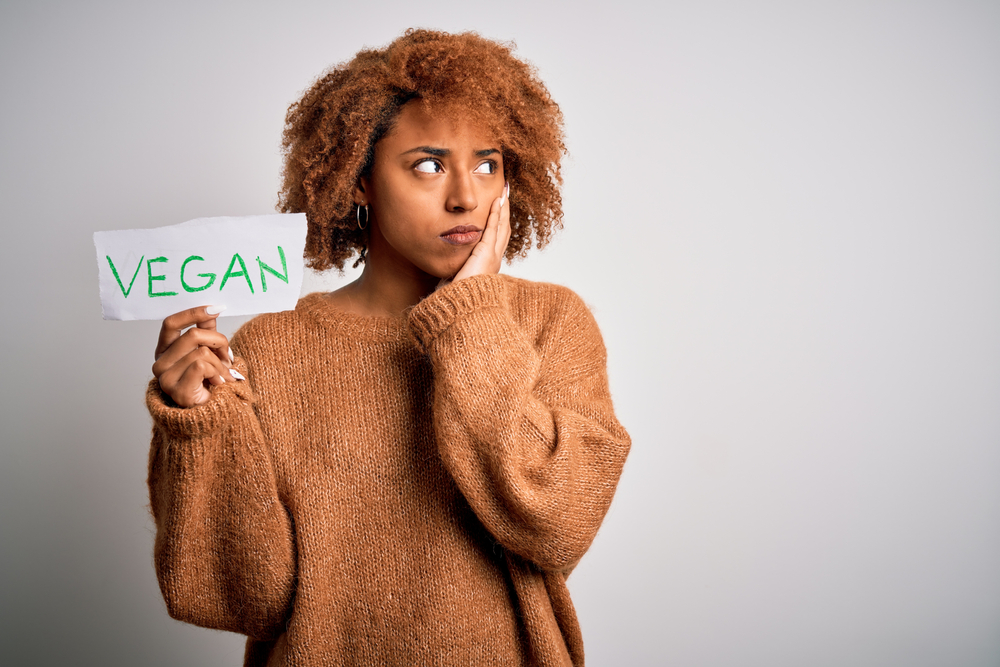 New research by Upfield revealed that 68% of the UK’s population has already considered or would be willing to considering a plant-based diet.

More than two-thirds (68%) of British consumers have considered, or would be open to considering, a transition to a vegan diet, according to research by Upfield.

The alt-dairy manufacturer surveyed 2,000 British adults and found that 71% of Brits still consider themselves meat-eaters. 12% said they were flexitarian, 6% vegetarian, 3% pescetarian and only 2% vegan.

But more than a third of UK adults are going vegan to improve their health. 21% want to eat simpler, more natural ingredients, 28% aim to reduce their environmental impact, and a quarter want to contribute to animal welfare. One in 10 people said they would consider going vegan if it would improve their sex lives, while 6% said a switch to a plant-based diet would help their career.

When quizzed on what is stopping them from transitioning, one in five survey respondents said eating out or cooking at home would be difficult on a plant-based diet. 16% find vegan food less tasty than meat or dairy, while the same number feel plant-based meals are simply not good for you.

Additionally, one in 10 are worried they would look like they’re jumping on a trend, making judgement from others a barrier towards transitioning to veganism. 7% were concerned about being teased by friends and family for going vegan, even as 5% feel going plant-based would give them something to talk about.

36% of omnivores believe the Earth still has 50 to 100 years before food sources become unsustainable, but with flexitarians, 19% deem the planet already unsustainable. In contrast, more than half (54%) of plant-based respondents think food sources will not be sustainable within the next 50 years.

Asked what they’d prefer to remove from their diets, 54% said butter, a quarter said cheese and 19% said meat. 49% said they’d be happy to give up on any of these if there was a plant-based alternative that matched the flavour of the original. But that number drops to 33% for over 55s.

This highlights the generational divide in the adoption of plant-based diets, as millennials and Gen Z are most likely to be flexitarian (16% of 18- to 34-year-olds), a number which drops to half (8%) for over 55s.

The research also showed that men are more likely to eat meat (75%) than women (67%). Moreover, Wales and Northern Ireland are the biggest meat-eating areas in the UK (78%), while only 59% of Londoners still eat meat.

Read our story about the differences between transitioning to veganism for Gen X and Gen Z.

Damian Guha, general manager of Upfield UK and Ireland, said: “It is great to see so many people in the UK interested in eating more plant-based food. The benefits, as the research highlights, are numerous. From getting a more balanced diet to reducing your impact on the environment, eating more plant-focused food can have brilliant results for you and the world around you.”

He added: “On the other hand, it’s worrying to see the reasons why many might still be hesitant to broaden their culinary horizons to include more plant-based food. The fact that plenty in the UK still believe plant-based food doesn’t taste good, isn’t good for you, or the planet, shows there is still clearly work to do to show people that there are easy and delicious alternatives to both meat and dairy.”

Anay Mridul
Anay is journalism graduate from City, University of London, he was a barista for three years, and never shuts up about coffee. He's passionate about coffee, plant-based milk, cooking, eating, veganism, writing about all that, profiling people, and the Oxford Comma. Originally from India, he went vegan in 2020, after attempting (and failing) Veganuary. He believes being environmentally conscious is a basic responsibility, and veganism is the best thing you can do to battle climate change. He gets lost at Whole Foods sometimes.
Previous articleNotorious Nooch: toasting flakes to flavour nutritional yeast
Next articleFree-range, but unfree: the ugly truth behind cage-free eggs