The curriculum and (the lack of) climate change 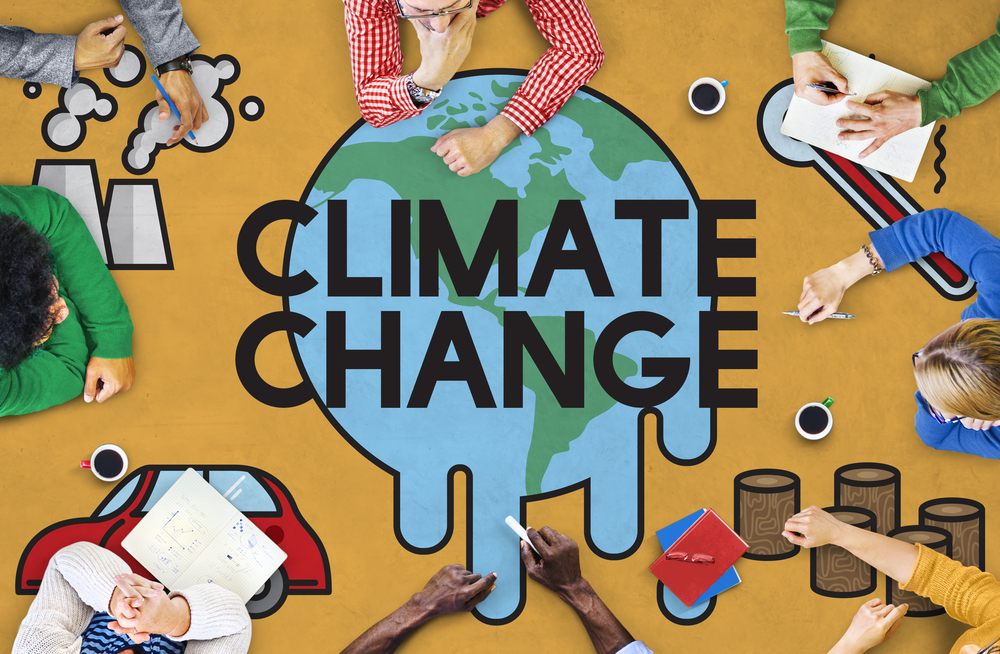 The national curriculum is the backbone of our education system, priming children about crucial topics. So why is climate change excluded?

A national curriculum is a common way of learning used in schools to ensure nationwide uniformity of content and standards in education. It includes a wide range of specific topics deemed essential for a child’s education. These include learning about solids, liquids and gases in science, Pythagoras’ theorem in maths, and poetry in English, to name a few examples.

However, despite the requirement for certain topics, other important topics are completely excluded from the curriculum. And this is where climate change comes in — or, in this case, doesn’t.

The climate is changing as we speak — in fact, the last decade was the hottest in recorded history, and carbon dioxide, methane, nitrous oxide have reached record levels. But despite these alarming facts, they don’t seem alarming enough to have a place in the national curriculum. Except for Italy, which, in 2019, became the first country to require climate change studies in schools. Mexico isn’t far behind, where the fight for climate change could soon begin in the classroom. 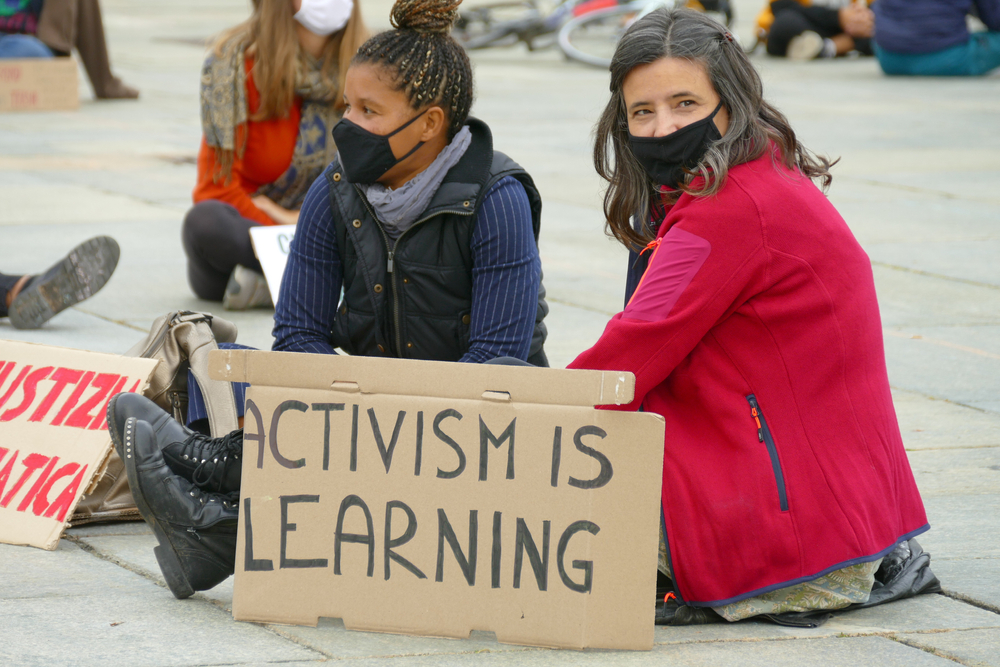 So, why isn’t climate change a requirement in any other curriculum around the world? Shweta Bahri has the same question. Bahri is the co-founder, along with Keya Lamba, of Earth Warriors, the world’s first and only education curriculum that teaches three- to seven-year-olds about sustainability and climate change.

She points out how the United Nations Framework Convention on Climate Change (UNFCCC) is now championing the need for climate education in national curriculums. As the founders of Earth Warriors, she and Lamba agree with this: “It is our opinion that climate and sustainability education should be made part of national curriculums so that it is given equal importance as other subjects and children grow up to be aware of not just the challenges our world faces, but also some potential solutions.”

Dr Stuart PM Mackintosh, executive director of the Group of Thirty, also believes that the “scientific reality of climate change” should be a part of national curriculums. He acknowledges that the UK curriculum does address this to some extent, but argues that “the depth is shallow and breadth is too limited”.

Geography teacher Rachael Robinson affirms this stating that despite climate change and global warming being mentioned, the Key Stage 3 national curriculum “is not detailed at all and therefore up for interpretation”. She offers a solution: “[It] needs to be threaded throughout the curriculum.”

Robinson explains that they do this well in her department when teaching about sustainable cities, cold environments and the use of resources by studying a unit focused on the climate crisis called “Is there a sustainable future for the planet?” 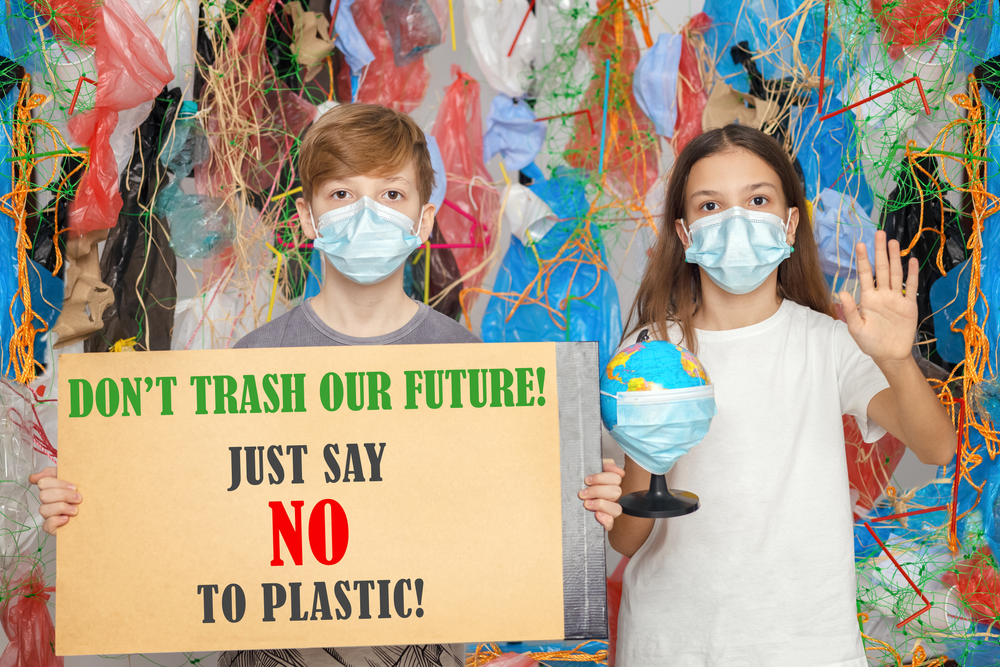 Paul Turner, founder of Teachers for Climate Action, discusses this lack of climate change in the curriculum further by saying that “most GCSE and A-Level exam board specifications… fall short in communicating the urgency and significance of climate breakdown on us all”. He explains that this is because many are more than five years old at a time when the climate and ecological emergency was much lower down in the public consciousness.

Mackintosh supports this, clarifying that it is “a matter of updating our curriculums to reflect what is understood and already underway”. He argues that climate change is viewed as a political issue, but it is instead a scientific fact, and “net-zero is [a] necessity, not a slogan”.

Thus, our curriculums should reflect this seriousness and urgency. “Climate change should be addressed appropriately in every class,” he says. “Every subject is impacted by it, from economics, to politics, to business studies, to biology, to sociology.”

Additionally, Turner says that the clunky curriculums also “use outdated language to communicate the emergency”. In 2018, a key scientist at the UK Met Office recommended using the term “global heating” instead of “global warming”. Another example is the term “climate breakdown”, which is now widely used in academia, politics and the media. However, many teachers fear using this. 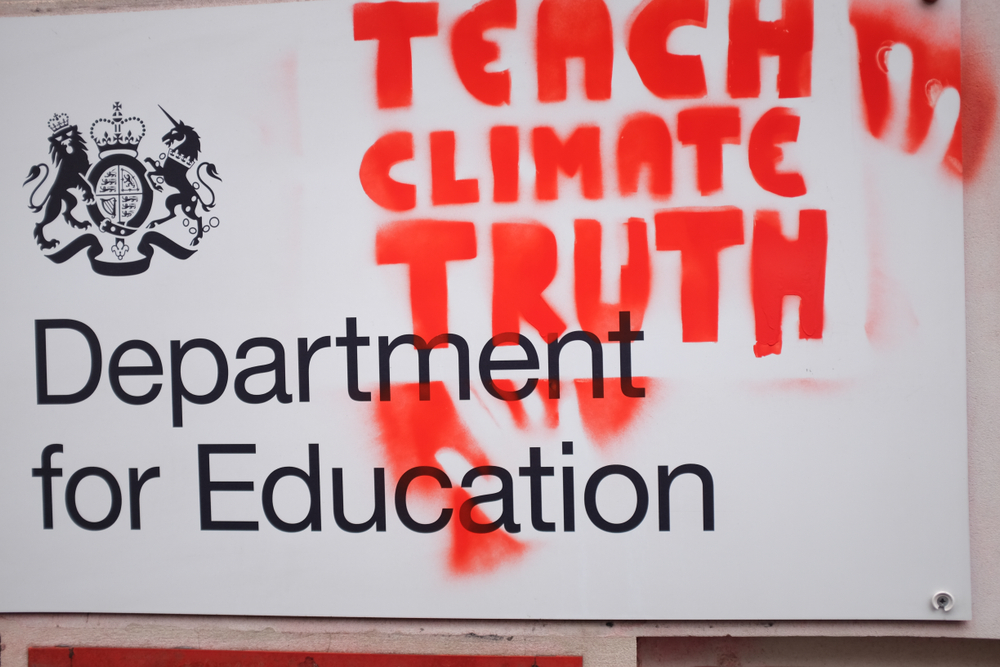 “The Department for Education discourages teachers from exploring anti-capitalist ideas or critical reflections of the legacy of British colonialism, which only reinforces these concerns,” Turner explains. Robinson agrees, stating that language is the biggest issue for her. “Why aren’t we calling it a ‘climate crisis’ in the curriculum? Why isn’t ‘global heating’ used?”

Now we’ve established the importance of incorporating more up-to-date information about climate change into national curriculums, what should exactly be taught and what’s the best way of doing so?

Bahri describes her organisation’s approach: “The Earth Warriors’s curriculum comprises play-based activities and learning materials for children in their early years, which have been peer-reviewed and tested with schools and parents.”

Mackintosh sees eye to eye with the Earth Warriors’s emphasis on age appropriateness, stressing that this “should encourage discussion about the weather, climate, how we are affecting it and why it is important”. He addresses what older students can learn about the climate in a range of subjects: in geography, learning about melting glaciers, rising sea levels and agricultural impact; in modern studies, learning about social movements and political difficulties; and in English Literature, studying prose or poetry about people and the planet. 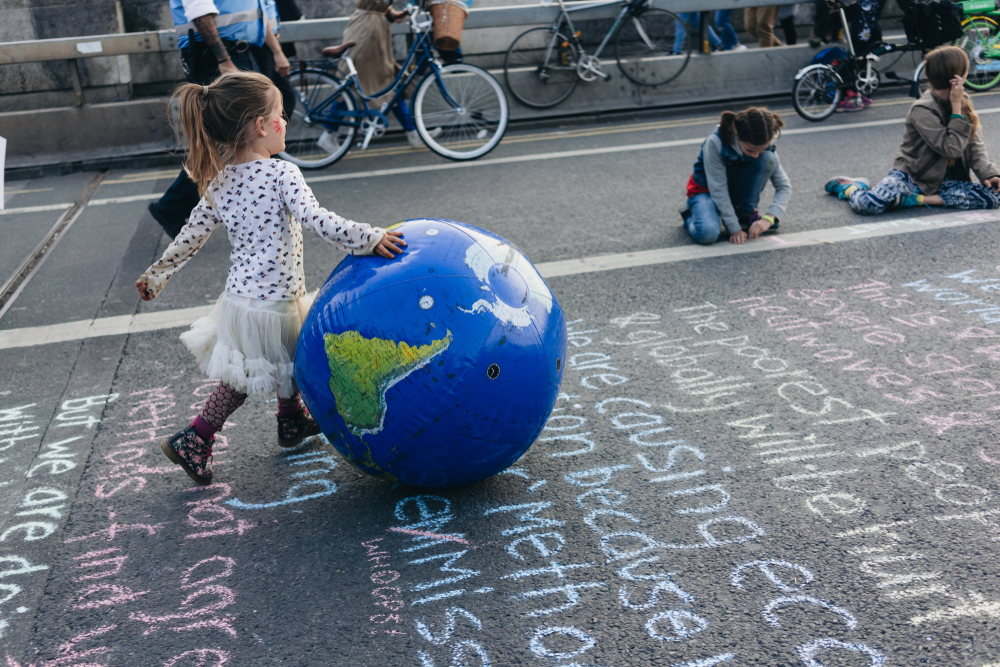 Jenny Walters, a trainee early years primary school teacher, suggests that videos, movies and doing experiments will be the best way for children to learn about this. For instance, by carrying out experiments, they “can see firsthand what is happening to our climate”. This supports Earth Warriors’s approach of play-based activities to accommodate for the younger age group.

Furthermore, Bahri addresses the importance of the parents’ or carers’ role in children’s education about the climate. She stresses that it is crucial for children to see their parents taking sustainable and climate positive measures in their daily life. “This will reinforce the habit of practising eco-conscious behaviour,” she explains.

Robinson agrees, stating: “It also requires the students to have these conversations with their parents and within their communities.”

Turner touches upon the further shortcomings of the education system, highlighting the importance of not shielding young people from the reality of the climate and ecological emergency: “We need to give children far more credit for their ability to understand the complexity of the world.”

Despite the importance of not shielding young people, Robinson recognises the prevalence of eco-anxiety. She highlights the need to focus on the bigger picture rather than solely on the actions of individuals: “We must go beyond the ‘turn your appliances off’ rhetoric that pins blame and solutions on individuals rather than government or corporations.”

Addressing the diversity issues in the fight against the climate crisis, she acknowledges that it “has traditionally been white, middle class”. “One of the main issues is the lack of content around environmental racism and the disproportionate impact climate change has had and will have on the most vulnerable communities, despite [them having] less contribution,” she explains, emphasising that however it is taught, climate change must not alienate students, because some may not have the means to always make ethical decisions. 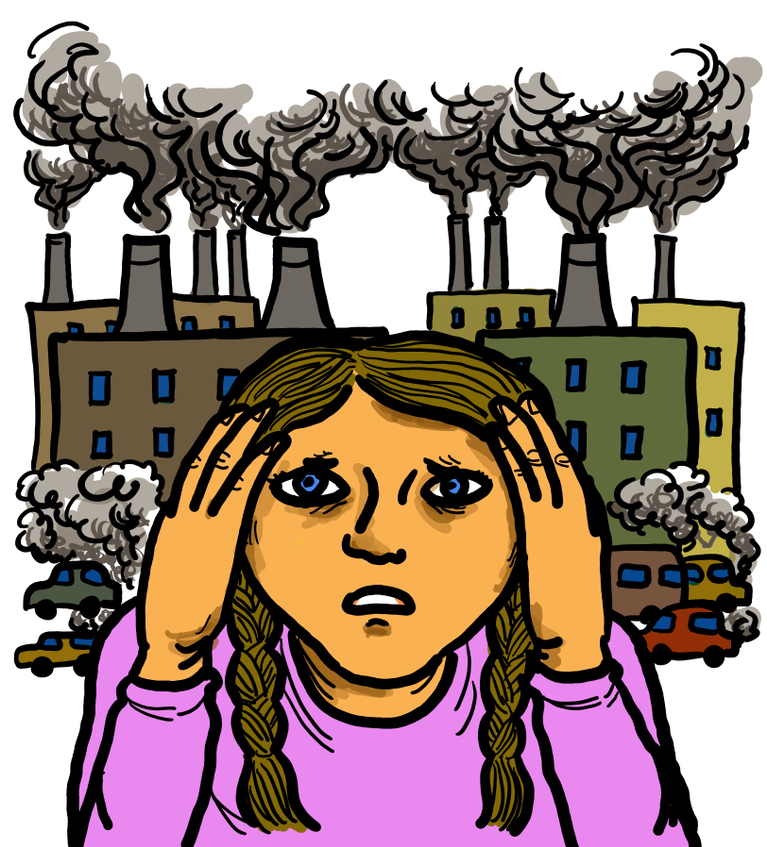 Incorporating more in-depth, accurate information about climate change into the curriculum is a big step in the right direction and will lead to a number of benefits to students, teachers and the general public. Both Bahri and Turner believe that it will provide students with the climate education they’ve been demanding.

“It gives children and teachers a broader perspective of the future and future generations a better quality of life,” adds Walters.

Mackintosh says educators want students to become engaged and aware citizens. “Surely, a key part of that in 2021 and beyond is understanding what climate change means for us and what we can do about it together as schools and in our communities.”

Turner, who is a former geography teacher, explains that a number of teachers are “troubled by the lack of engagement with these ideas in the national curriculum”. Mackintosh feels we need to “avoid box-ticking exercises that increase the burden”, as teachers should be supported with materials, courses and opportunities like field trips.

Bahri adds that once this is part of the curriculum, “teachers will have direction and help on what needs to be taught… and will be able to include this as part of their regular timetable”.

Finally, the general public will learn from this being embedded into the education system, making children knowledgeable from a young age and therefore raising awareness within the overall society.

“For the general public, climate change curriculums can help underpin a wider understanding of the challenges,” says Mackintosh. “For when we understand the facts, we are better able to take personal and community steps to address it and combat it.”

Bahri suggests that the public will benefit from decisive climate action by including it in the curriculum. “Larger sections of the population will demand eco-friendly decisions and lifestyles, which will influence policymakers and market forces, benefitting society at large,” she explains. 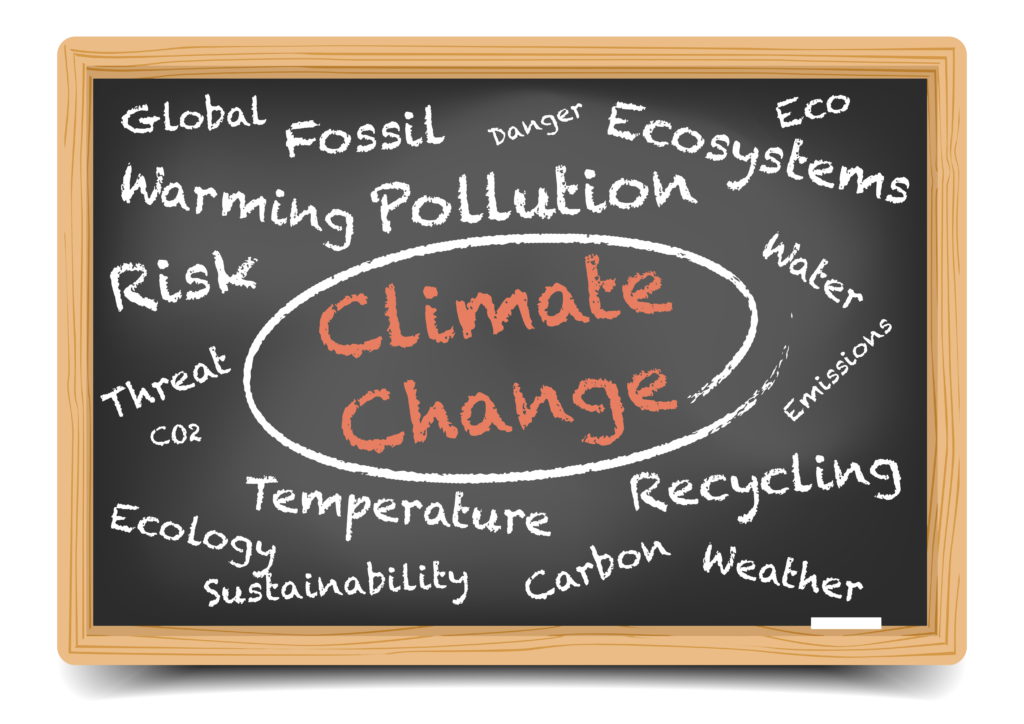 Climate change curriculums will definitely make children more environmentally conscious in the future. “Research shows that children have a strong sense of fairness. They are socially sensitive,” reveals Mackintosh, who adds that helping them understand climate change will equip them to be better citizens.

Walters says children would be more likely to make eco-conscious decisions if they are aware of the climate crisis’s impacts. These could be simple measures like switching off lights when they leave a room or turning off taps when they’ve finished using them.

Bahri explains that by teaching them these eco-friendly habits from a young age through climate education, these actions will “come as naturally to them as brushing their teeth”.

Including more detailed, age-appropriate and accurate information about the climate crisis in national curriculums will ensure people have an essential basis of understanding of this from a young age. And that will enable them to change their actions and advocate for change within bigger companies, corporations and, ultimately, the government.

Chloë Morgan
Chloë is a recent English graduate from Loughborough University. She tries to use her writing to raise awareness of important issues in an attempt to help others. Her passions lie in social justice, mental health and sustainability. After taking part in 'Veganuary', she developed an interest in veganism and recently went vegan. She is also trying to boycott fast fashion as much as possible by shopping second-hand and more sustainably.
Previous articleSustainable fashion trends changing the face of the industry in 2021
Next articleAnalysing any vegan and environmental priorities in the UK’s Budget 2021