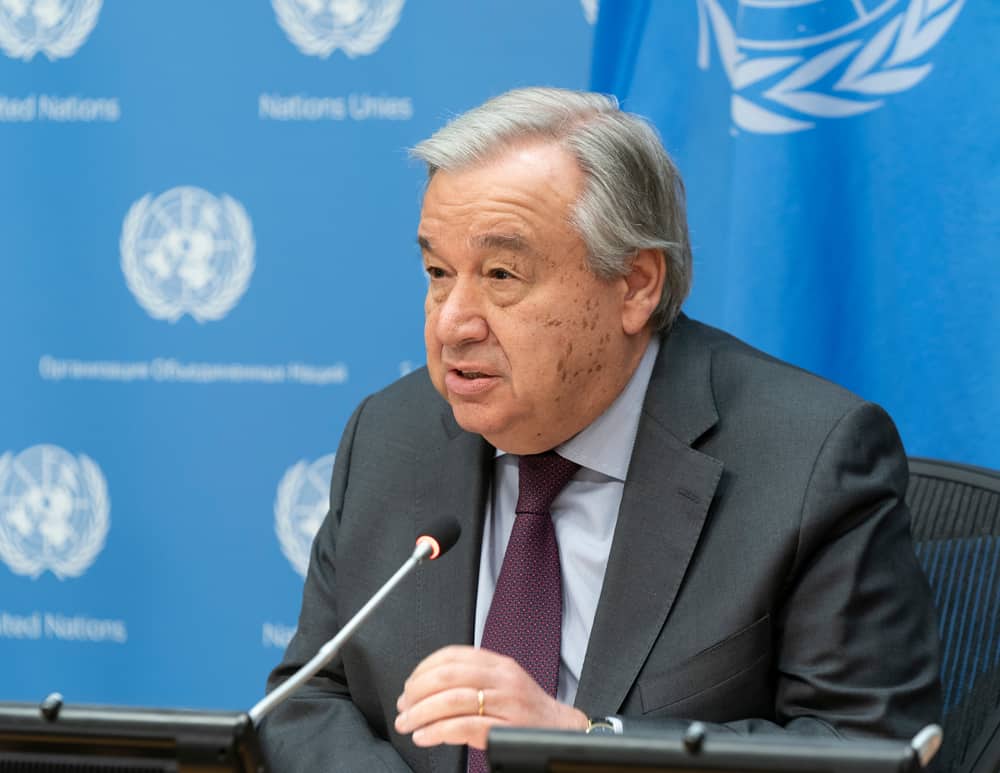 The Paris Agreement’s goals are far from being achieved, said UN Secretary-General António Guterres, who called 2021 crucial for climate change.

Speaking to the member states, United Nations Secretary-General António Guterres warned that the world is “way off target” in reducing global warming as agreed in the 2015 Paris Agreement.

As part of the preparation for the annual UN climate conference, called COP26, Guterres said the current efforts being made to cut carbon emissions weren’t enough. Origially scheduled to be held in Glasgow in November 2020, COP26 was postponed due to the pandemic.

“The world remains way off target in staying within the 1.5-degree limit of the Paris Agreement,” said Guterres. “This is why we need more ambition… on mitigation, ambition on adaptation and ambition on finance.”

He added that 2021 is a crucial year in the fight against climate change. One of the priorities outlined was to grow the global coalition to make net-zero emissions a reality, covering over 90% of all carbon entering the atmosphere.

Coal must be phased out by 2040 and financing for fossil fuels redirected towards clean energy solutions. “We have a moral obligation to do much better, and with new and scaled up finance initiatives and instruments,” said the Secretary-General. “Developed countries must meet their commitment made over ten years ago and reaffirmed in Paris, to mobilise $100 billion per year in climate finance to developing countries. This must be fully delivered in the run-up to COP26.”

The Paris Agreement was dealt a major blow when the Donald Trump administration pulled the US out of the coalition. However, Joe Biden’s election as president could prove a boost to the goals. The US rejoined the Agreement on his first day in office. Niklas Höhne of NewClimate Institute, a Climate Action Tracker partner organisation, previously told The Vegan Review that the most important thing for the US is to update its 2030 target, which the organisation understood he plans to submit before this year’s climate talks.

The meet is in nine months, and Guterres affirmed that the pandemic shouldn’t affect the UN’s efforts to fight against climate change. “Although there will be challenges, we must adapt,” he said. “The stakes are too high to do otherwise.”

Anay Mridul
Anay is journalism graduate from City, University of London, he was a barista for three years, and never shuts up about coffee. He's passionate about coffee, plant-based milk, cooking, eating, veganism, writing about all that, profiling people, and the Oxford Comma. Originally from India, he went vegan in 2020, after attempting (and failing) Veganuary. He believes being environmentally conscious is a basic responsibility, and veganism is the best thing you can do to battle climate change. He gets lost at Whole Foods sometimes.
Previous articleIs pasta vegan or does dairy-free eating mean excluding Italy’s best export?
Next articlePulse power: the key role of pulses in a plant-based diet