Up To 400 Elephants Mysteriously Die In Southern Africa 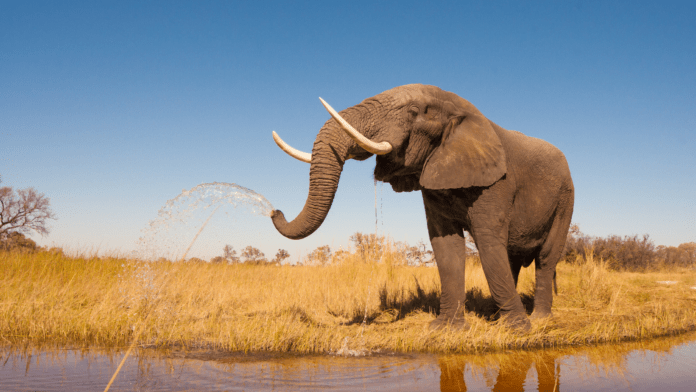 Investigations are underway after hundreds of elephants have been found dead across the Okavango Panhandle region of Botswana, Africa. Local conservationists first reported the deaths since the start of March, with the following 169 deaths in May, and the number has been increasing ever since. The figure had doubled by mid-June and is reported to be at least 400 now.

The government is yet to explain the cause of deaths, but they have ruled out poaching being a reason as the carcases have remained untouched – whether there is a link to COVID-19 is yet to be confirmed. A large number of the elephants were found near waterholes, leaving many to believe a poison or a pathogen is the reason.

Dr Niall McCann, the director of conservation at UK-based charity National Park Rescue, says, ‘This is a mass die-off on a level that hasn’t been seen in a very, very long time. Outside of drought, I don’t know of a die-off that has been this significant.

‘If you look at the carcasses, some of them have fallen straight on their face, indicating they died very quickly. Others are dying more slowly, like the ones that are wandering around. So it’s very difficult to say what this toxin is.’

Despite the alarming rate of deaths, the National Park Rescue is concerned about the government’s lack of progress in investigations, with the coronavirus causing even more delays.

In an email sent to Express and Star, Mark Hiley, director of National Park Rescue said that this is ‘one of the biggest disasters to impact elephants this century, and right in the middle of one of Africa’s top tourism destinations.

‘Elephants began dying in huge numbers in early May and the government would normally respond within days to an event of this scale. Yet here we are, months later, with no testing completed and with no more information than we had at the start.’

However, Mmadi Reuben, the principal veterinary officer in the Department of Wildlife and National Parks, has assured that the government are investigating the deaths and samples have been sent to Zimbabwe and South Africa for any pathogens.